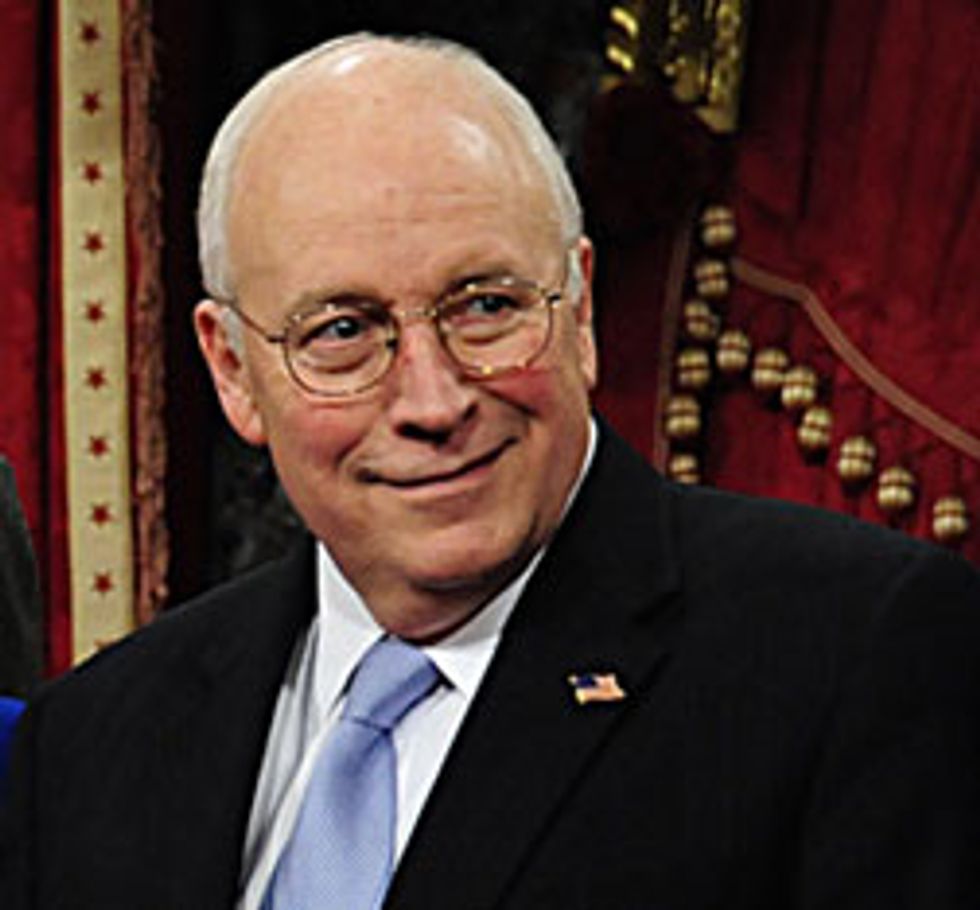 Federal prosecutor Patrick Fitzgerald famously declared in the Valerie Plame affair that "there is a cloud over the vice president." Last week's release of an FBI interview summary of Dick Cheney's answers in the criminal investigation underscores why Fitzgerald felt that way.

On 72 occasions, according to the 28-page FBI summary, Cheney equivocated to the FBI during his lengthy May 2004 interview, saying he could not be certain in his answers to questions about matters large and small in the Plame controversy.

The Cheney interview reflects a team of prosecutors and FBI agents trying to find out whether the leaks of Plame's CIA identity were orchestrated at the highest level of the White House and carried out by, among others, I. Lewis "Scooter" Libby, Cheney's chief of staff.

Among the most basic questions for Cheney in the Plame probe: How did Libby find out that the wife of Bush administration war critic Joseph Wilson worked at the CIA?

Libby's own handwritten notes suggest Libby found out from Cheney. When Libby discovered Cheney's reference to Plame and the CIA in his notes — notes that Libby knew he would soon have to turn over to the FBI — the chief of staff went to the vice president, probably in late September or early October 2003.

Sharing the information with Cheney was in itself an unusual step at the outset of a criminal investigation in which potential White House witnesses were being ordered by their superiors not to talk to each other about the Plame matter.

"It turns out that I have a note that I had heard about" Plame's CIA identity "from you," Libby says he told the vice president.

And what did Cheney say in response? Fitzgerald asked Libby in front of a federal grand jury six months later.

"He didn't say much," Libby replied. "You know, he said something about 'From me?' something like that, and tilted his head, something he does commonly, and that was that."