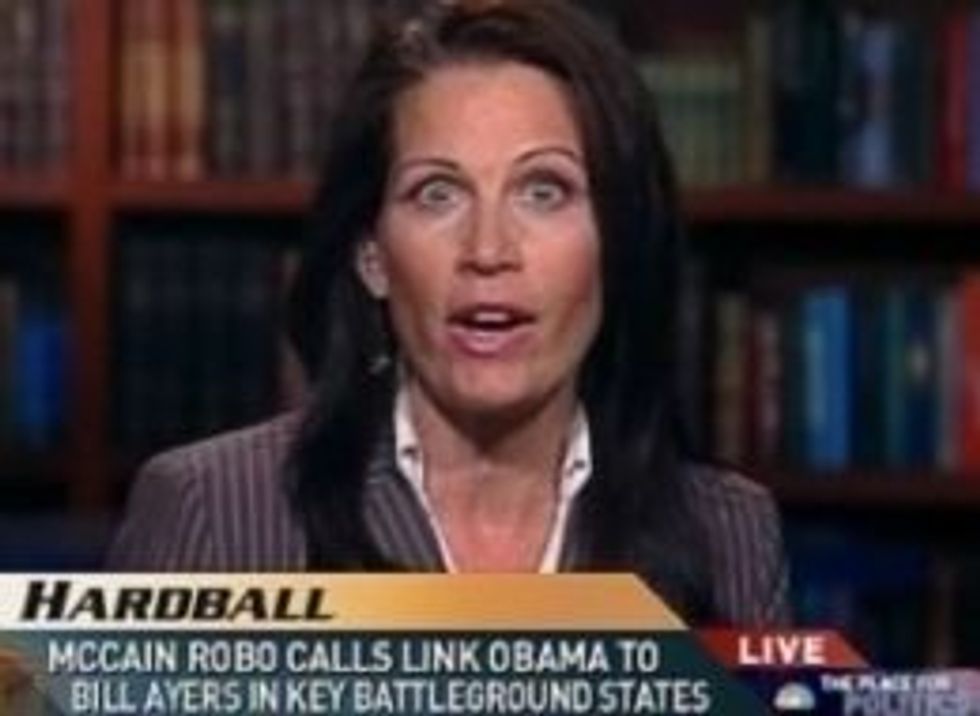 But her decision to "jump ship" while her boss engaged in perhaps her boldest media moment yet has some on Capitol Hill scratching their heads.

Including a conservative lawmaker in Bachmann's own party.

Marston had tried to warn the reporter off, to no avail.

“I’m just not talking about it, and frankly I don’t think there’s a story here,” Marston wrote in an email. “Now, the thousands of people calling our office to tell us [they’re] coming to Capitol Hill tomorrow — that’s a story.”

Today, conservative activists are planning to storm the Capitol to tell members of Congress that they don't want "government" to take away their healthcare, part of a scare tactic engineered by Bachmann's aides. Activists were told to bring videocameras and point them in congressmembers faces as part of an effort to derail House Democrats' healthcare overhaul.

The Minnesota Republican has garnered national attention for her sometimes outrageous quips -- including one in which she said conservatives should slit their wrists to defeat Democrats' healthcare plans.

Marston appears to have soured on Bachmann over time.

But this fall, when she said President Barack Obama held "anti-American views," her tune changed.

When your captain's crazy, it's time to find a new ship.