Senator cites blacks as disadvantage for his state 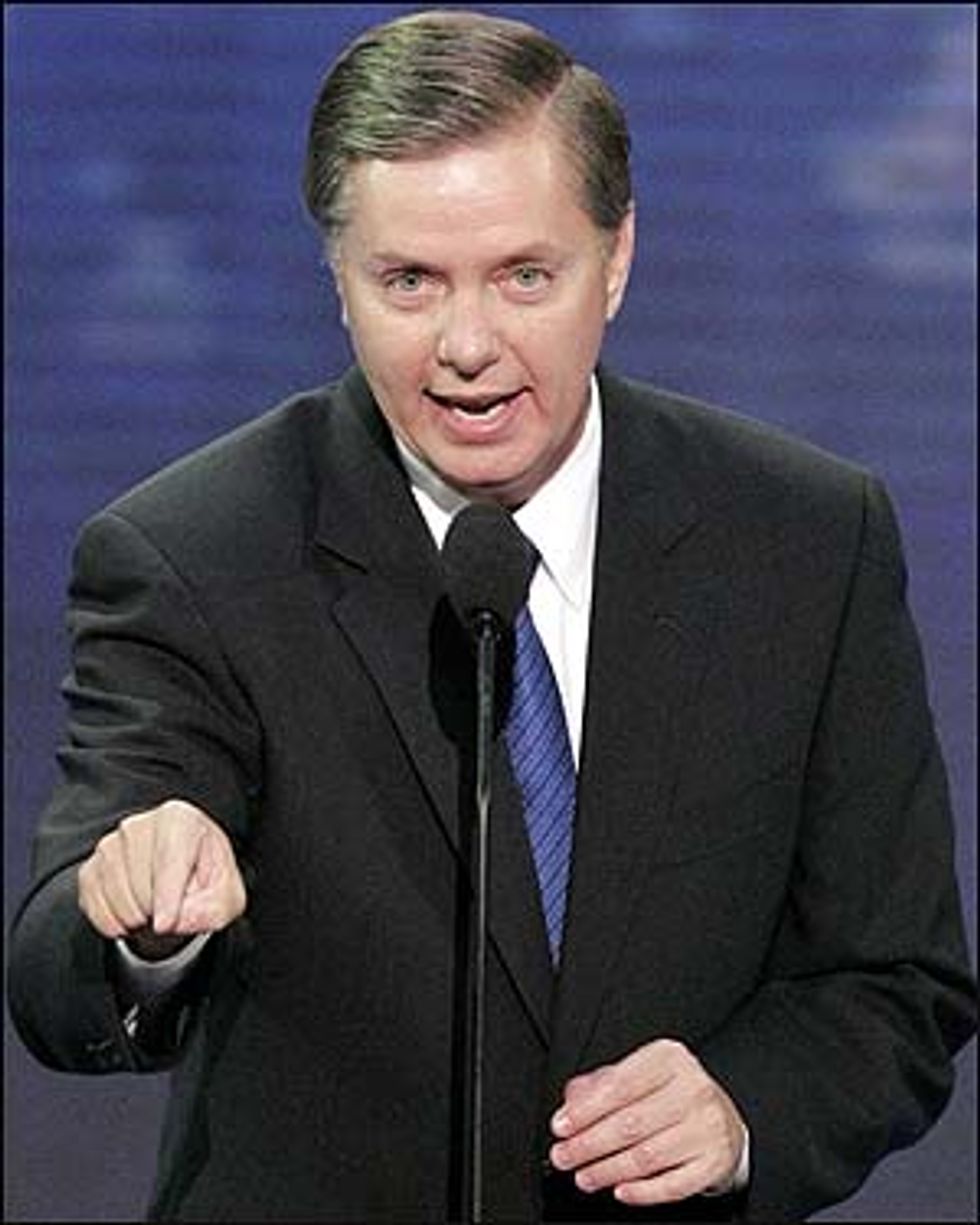 MSNBC's Rachel Maddow caught Sen. Lindsey Graham (R-SC) on Tuesday seemingly arguing that his state's 31 percent African-American population puts him at a disadvantage -- and that it's a good reason not to support healthcare reform.

Maddow explains. Sen. "Lindsey Graham is a Republican which means in 2009 that he does not support health reform," she says. "While arguing against the bill that is almost certain to pass the senate this thursday at 8:00 a.m., Sen. Graham made an argument that i think was supposed to be about health reform. But it was one that quickly became more about him than it was about any policy issue whatsoever."

"Throughout the nation there are going to be thousands more people enrolled in Medicaid and every state except one is going to have to come up with matching money," Graham remarks. "I have 12 percent unemployment in South Carolina. My state's on its knees. I have 31 percent African-American population in South Carolina."

Graham later says: "My state, with 30 percent African-American citizens, a lot of low income people in South Carolina is going to cost my state a billion dollars, that's the same old stuff that I object to. That's not change we can believe in. That's sleazy."

"The argument here appears to be that Sen. Graham believes it is sleazy to expect a state with lots of black people in it, to have health reform," Maddow says. "Because you know, black people. Maybe he meant something other than what it seemed like with those remarks. But it should be noted he did use the same inexplicable argument twice. Once on the Senate floor and once on The Today Show. We contacted Sen. Graham's office today for an explanation. We'll let you know when and if we hear back."

'We just come in and cough all over each other': Fox News hosts mock sick days as 'bogus' wastes of time

Fox News panelists on Friday's edition of The Five suggested that workers who call in sick are "lazy" and then trivialized medical leave as generally unnecessary.

American workers have access to fewer paid sick days than their counterparts compared to other industrialized countries.

Ethan Dewitt, Iowa Capital Dispatch
The Democratic National Committee approved a presidential primary calendar Saturday that placed South Carolina as the first nominating state in 2024, pushing back New Hampshire and Iowa from their traditional spots in a party-wide push to diversify the early calendar.

In a voice vote at the DNC’s winter meeting in Philadelphia, party members voted to place South Carolina first, on Saturday, Feb. 3, 2024, followed three days later by Nevada and New Hampshire on Feb. 6, and a week after that by Georgia and Michigan on Feb. 13.

“Folks, the Democratic Party looks like America, and so does this proposal,” said DNC Chairman Jaime Harrison.

Ray Hartmann
Prominent conservatives are having a field day on social media over Rep. Marjorie Taylor Greene (R-GA), having urged her "average Joe" followers to undertake the physically impossible task of shooting down a spy balloon sailing high in the stratosphere.
Greene tweeted Friday, "Literally every regular person I know is talking about how to shoot down the Chinese Spy Balloon. It would be great if an average Joe shot it down because China Joe won’t. Regular Americans can do everything better than the government and actually care about our country."