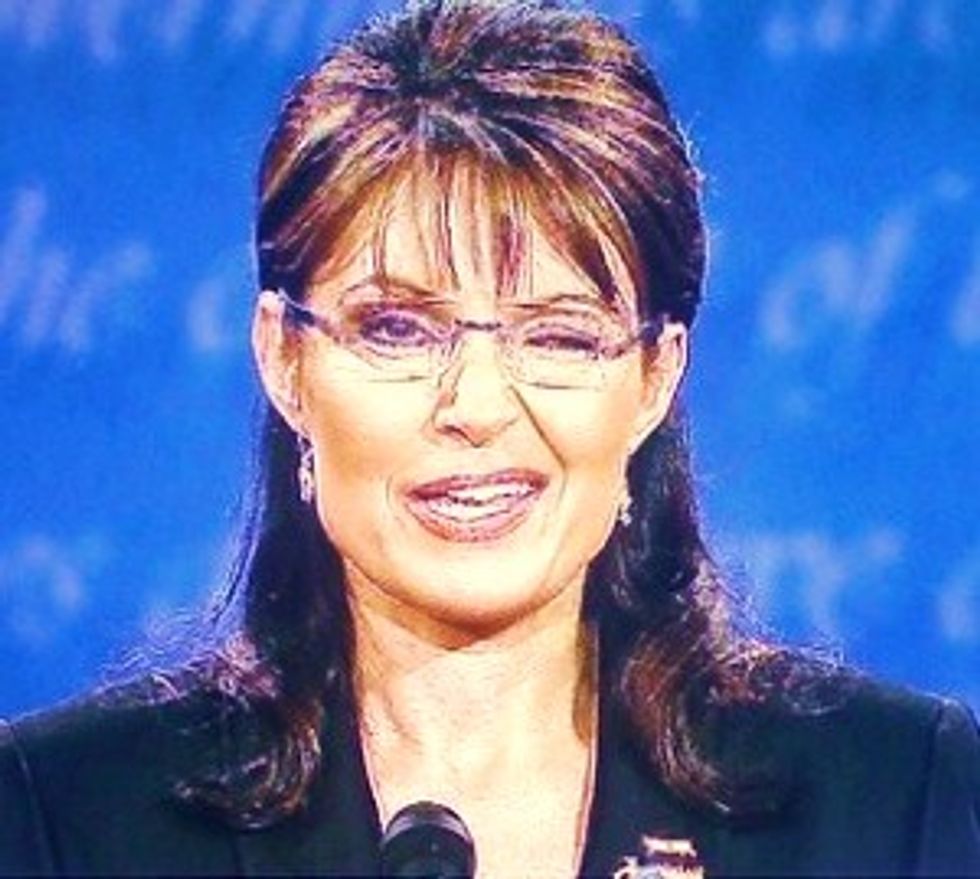 In a radio appearance Thursday, former Alaska governor and GOP vice presidential nominee Sarah Palin said questions about President Obama's birth certificate -- a spurious attempt to argue that he's not a US citizen and thus ineligible for President -- are fair game for debate.

HUMPHRIES: Sarah Palin here on the Rusty Humphries Show. One of the questions Jason asks is would you make the birth certificate an issue if you ran?

PALIN: I think the public rightly is still making it an issue. I don’t have a problem with that. I don’t know if I would have to bother to make it an issue because I think there are enough members of the electorate that still want answers.

HUMPHRIES: Do you think it’s a fair question to be looking at?

PALIN: I think it’s a fair question just like I think past associations and past voting records. All of that is fair game. You know, I’ve got to tell you too, I think our campaign, the McCain-Palin campaign didn’t do a good enough job in that area. We didn’t call out Obama and some of his associates on their records and what their beliefs were, and perhaps what their future plans were, and I don’t think that was fair to voters to not have done our job as candidates and a campaign to bring to light a lot of things that now we’re seeing manifest in the administration.

HUMPHRIES: I mean, truly if your past is fair game and your kids are fair game, certainly Obama’s past should be. I mean, we want to treat men and women equally, right?

PALIN: Hey, you know, that’s a great point. And that weird conspiracy theory freaky thing that people talk about that Trig isn’t my real son, and a lot of people that went "Well, you need to produce his birth certificate, you need to prove that he’s your kid," which we have done, but yeah, so maybe we can reverse that, and use the same [inaudible] thinking on the other one.

"At no point ... have I asked the president to produce his birth certificate or suggested that he was not born in the United States," Palin wrote in a posting she titled "Stupid conspiracies."

Voters have every right to ask candidates for information if they so choose. I’ve pointed out that it was seemingly fair game during the 2008 election for many on the left to badger my doctor and lawyer for proof that Trig is in fact my child. Conspiracy-minded reporters and voters had a right to ask... which they have repeatedly. But at no point – not during the campaign, and not during recent interviews – have I asked the president to produce his birth certificate or suggested that he was not born in the United States.