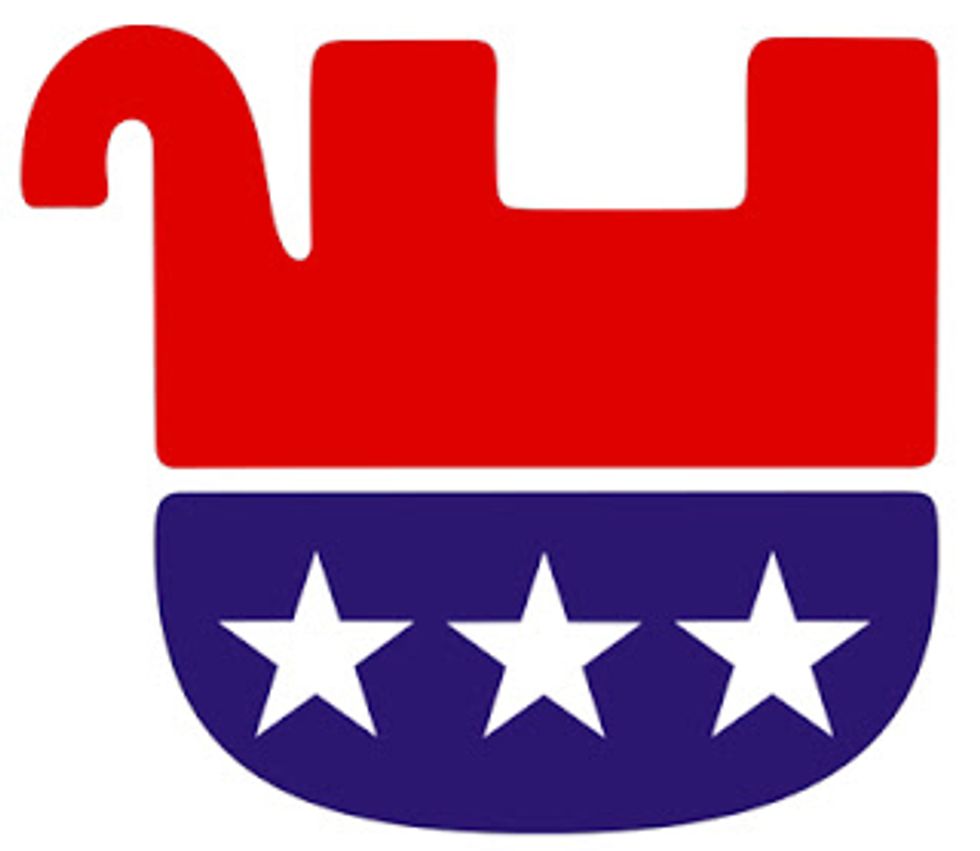 Want to become a congressman in a conservative district?

The Tea Party isn't even a real party. However, a few more polls like this and things might change.

The poll was published Monday by Rasmussen Reports and surveyed 1,500 Americans.

Among Republican voters, 39% say they’d vote for the GOP candidate, but 33% favor the Tea Party option.

For this survey, the respondents were asked to assume that the Tea Party movement organized as a new political party. In practical terms, it is unlikely that a true third-party option would perform as well as the polling data indicates. The rules of the election process—written by Republicans and Democrats--provide substantial advantages for the two established major parties. The more conventional route in the United States is for a potential third-party force to overtake one of the existing parties.

Nationwide, voters' disaffection with the two major parties (Republicans and Democrats) is so great that a near-majority say a new party is needed to represent their views. Democrats, however, are more satisfied with their party than Republicans, the poll asserts.

As for the voting preference, the Tea Party bests the GOP among both men and women and in all age groups except those over 65.

Among the Political Class, not a single respondent picked the Tea Party candidate.

However, among those with populist or Mainstream views, 31% prefer the Tea Party, and 26% are undecided. Twenty-three percent (23%) pick a Republican candidate, and 19% are for the Democrat.

More details on the poll can be read here.