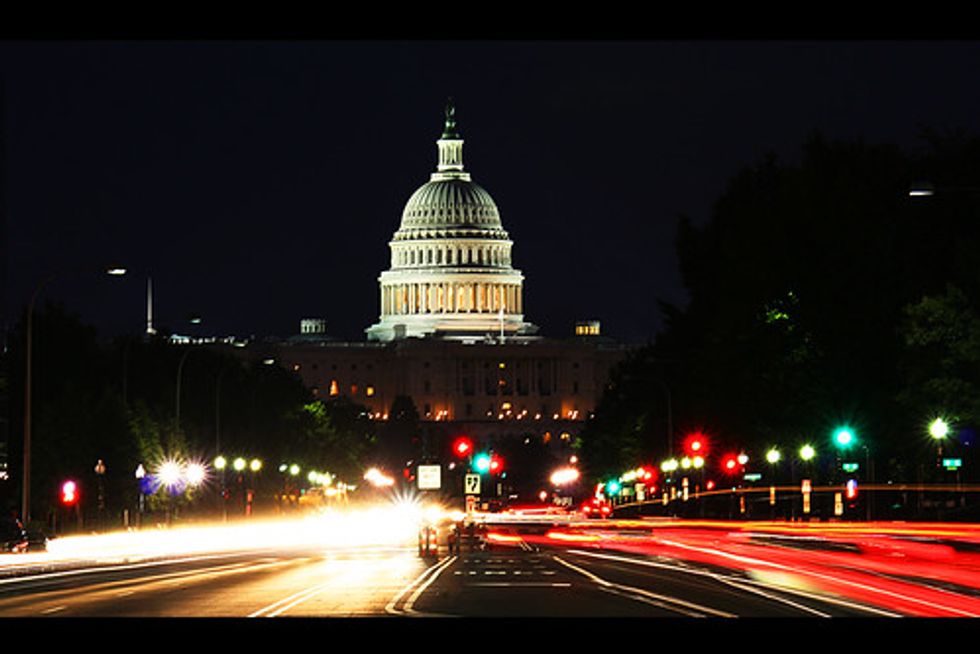 In an ominous sign for President Barack Obama, Democratic leadership in the House of Representatives said Tuesday night they were unlikely to quickly take up the Senate's version of healthcare legislation, signaling that the president's signature issue could be doomed.

The announcement came in the wake of losing a Senate seat in Massachusetts.

To get around the Democrats' loss of a filibuster-proof majority in the Senate, Democrats had discussed simply passing the Senate bill through the House, which wouldn't require re-approval by the Senate. Under normal legislative procedure, both houses pass their own version of legislation, then the versions are reconciled, then the reconciled version must pass each chamber again.

But House Democrats suggested they were unlikely to quickly take up the Senate version.

”After a meeting of House Democratic leaders Tuesday night even as Mr. Brown’s victory was being declared, top lawmakers said they were weighing their options," the New York Times' Carl Hulse wrote late Tuesday. "But the prospect of passing the health care overhaul by pushing the Senate plan through the House appeared to significantly diminish.

"Pushing the Senate plan through the House was favored by some lawmakers and strategists as a way to quickly deliver the president a bill on a signature domestic achievement, since it would require just one final House vote," Hulse added. "Remaining problems could be worked out with a subsequent piece of legislation."

"But many House Democrats expressed deep reservations about the Senate bill," he continued. "Those complaints, combined with the message sent by the Massachusetts electorate, apparently were sufficient to leave Speaker Nancy Pelosi and her lieutenants reluctant by Tuesday night about moving in that direction."

In a conference call before the Massachusetts Senate loss, Rep. Anthony Weiner (D-NY) told reporters he didn't think Democrats had the votes to pass the Senate bill in the House. The House's own bill passed by a single vote margin.

"We're in full whistling-past-the-graveyard mode in there," he added. "They're talking about what our negotiations are with the White House. Well, yeah, and then the last line is, 'Pigs fly out of my ass' or something like that."

According to one report, "Weiner suggested that Democrats pivot to a jobs bill that includes some small elements of health care reform. Without a public health insurance option or expansion of Medicare, said Weiner, the bill had lost support among progressives, yet the middle didn't seem to like it either."

Other prominent Democrats disagreed. Energy and Commerce Chairman Henry Waxman (D-CA) said, "We're not going to fail. We've got to succeed in getting health care reform for the American people."

In the Senate, freshman Democrat Al Franken said a bill would pass "one way or the other," but did not indicate conditions for its passage. Franken's comments were made before the Democrats lost the Massachusetts Senate seat.

House Banking Chairman Barney Frank (D-MA) said he believes Democrats should "respect the process" and not try to "bypass the electoral results." In a statement to MSNBC's Rachel Maddow, he said:

"I have two reactions to the election in Massachusetts. One, I am disappointed. Two, I feel strongly that the Democratic majority in congress must respect the process and make no effort to bypass the electoral results. If Martha Coakley had won, I believe we could have worked out a reasonable compromise between the House and Senate health care bills. But since Scott Brown has won and the Republicans now have 41 votes in the Senate, that approach is no longer appropriate. I am hopeful that some Republican senators will be willing to discuss a revised version of health care reform. Because I do not think that the country would be well served by the health care status quo. But our respect for democratic procedures must rule out any effort to pass a health care bill as if the Massachusetts election had not happened. Going forward, I hope there will be a serious effort to change the Senate rule which means that 59 are not enough to pass major legislation, but those are the rules by which the health care bill was considered, and it would be wrong to change them in the middle of this process."