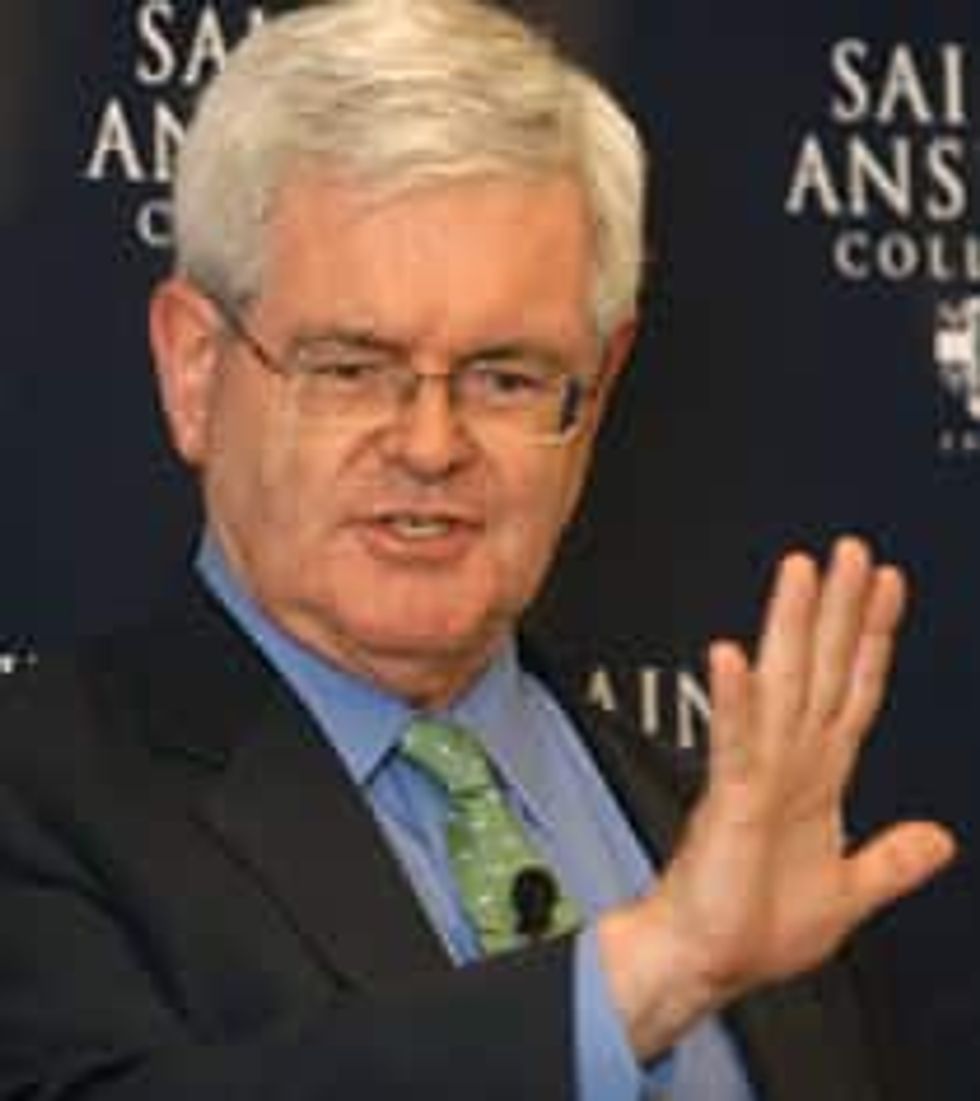 The "exclusive" poll conducted for Politico which predicted the demise of Massachusetts Democrat Martha Coakley was conducted by a former staffer for ex-Republican House Speaker Newt Gingrich -- a fact they seem to have buried in their story.

"No bias there," noted John Aravosis, the prominent liberal blogger who highlighted the detail late Monday.

"Nice of Politico to let us know, in the [seventh] paragraph of the story, that a pollster who is claiming that Coakley is in a "free fall" just happens to have worked for Newt Gingrich," Aravosis wrote. "Mind you, we're not talking just that he's a Republican. We're talking he worked for a rabid, no holds barred, take no prisoners Republican who would do pretty much anything to win."

Politico's David Catanese, who reported the story, called Towery's firm "nonpartisan" in the second sentence but mentioned he was an aide to Gingrich only as an aside in the seventh paragraph. The story alleged that Republican Scott Brown had a nine-point lead on Coakley, and became a major meme in media talking points Tuesday morning.

"I actually think the bottom is falling out," said InsiderAdvantage CEO Matt Towery, referring to Coakley's fall in the polls over the last ten days. "I think that this candidate is in free fall. Clearly this race is imploding for her."

“Obviously I could be accused of bias because of my longtime relationship with Newt Gingrich, but I don’t think there is any disagreement right now that Gingrich is viewed as the leader of the party,” Towery said.

Gingrich was referring to a comment Sotomayor made in which she said a wise Latina woman might reach a "better conclusion than a white man" who hadn't the fullness of her experiences.

"The word 'racist' should not have been applied to Judge Sotomayor as a person, even if her words themselves are unacceptable," Gingrich later wrote.