Analysts: US may be seeking Israel 'regime change' 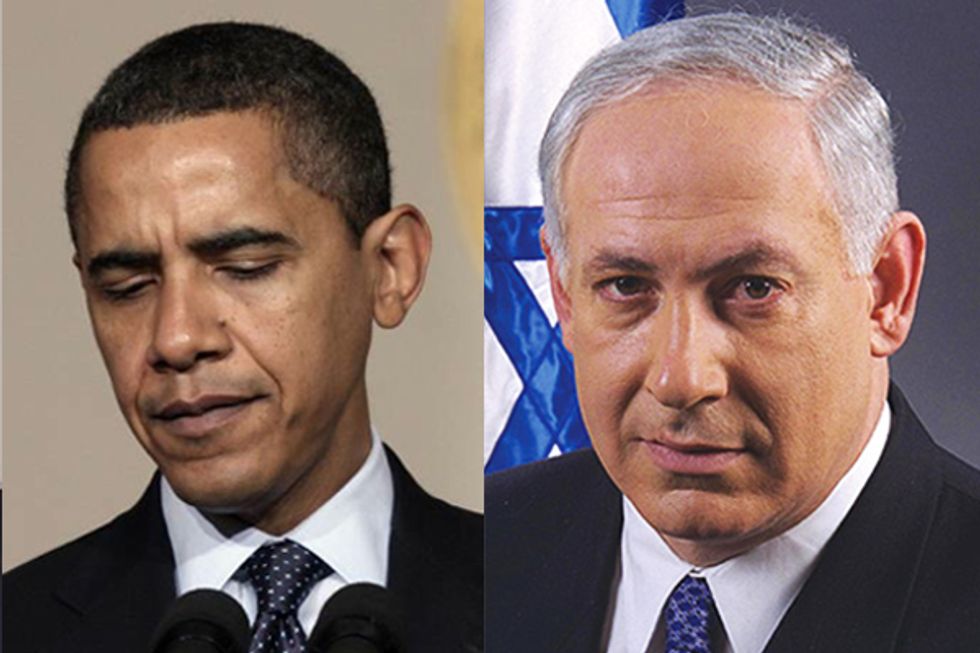 The Obama administration's row with Israel over settlements has prompted some analysts to wonder whether it seeks "regime change," a new government that can make peace with the Palestinians.

However, the analysts doubt that President Barack Obama's administration, which has made Arab-Israeli peace a national security priority, will achieve anything if it has indeed adopted such a strategy.

"Is this about regime change, or is it about (Israeli) behavior modification?" asked Aaron David Miller, a Middle East peace negotiator in past Republican and Democratic administrations.

"Because either way, it's going to be a rocky ride," Miller told AFP.

"If it's the former, then I think we're naive in the extreme in thinking that we will be able to produce and somehow manage that," said Miller, now at the Woodrow Wilson International Center for Scholars in Washington.

Miller said Obama and Clinton may be trying to create the impression Netanyahu is "mismanaging the relationship" with Washington in order to shake up Israeli politics.

After all, he said, former president George H.W. Bush and his top diplomat James Baker did much the same thing with then Israeli prime minister Yitzhak Shamir and helped pave the way for Yitzhak Rabin to become prime minister.

"But there are no more Rabins," Miller said.

Rabin, who was assassinated by an Israeli right-wing extremist in 1995, sealed a short-lived peace deal with Palestinian leader Yasser Arafat at the White House in 1993 under then president Bill Clinton.

Under another scenario, if the Obama administration defuses the row and even wins some concessions from Netanyahu, he warned, it may still be impossible to bridge the Israeli-Palestinian divide, say analysts,

Miller and others like Daniel Kurtzer, the former US ambassador to Egypt and Israel, have long wondered whether the Obama administration has a strategy to revive Arab-Israeli peace talks suspended since 2008.

Both noted that the Obama administration, in its first year, demanded a total halt to Jewish settlements, only to yield to Netanyahu's call for a 10-month moratorium on construction in the West Bank but not in east Jerusalem.

The Palestinians want east Jerusalem, which Israel captured in the 1967 war, to be the capital of a future state; Israel claims all of Jerusalem as its capital.

Kurtzer, who is now at Princeton University, could not rule out that the Obama administration might be contemplating a way to change Israel's political landscape.

"I would like to say 'no' because we don't do that with Israel and with friends and democracies," Kurtzer told AFP when asked whether "regime change" might be part of the Obama strategy.

"But I don't doubt that there are some (Obama) people who are angry enough to want to see the (Netanyahu) government fall," he said.

The previous George W. Bush administration embraced "regime change" for Iraq, Iran and North Korea, although the term referred to the violent overthrow of dictatorships.

"In people's heart of hearts, they probably want somebody other than Netanyahu but I can't imagine that anybody really believes that they have a strategy or a real chance of effecting it," the former ambassador said.

To be sure, he said, Netanyahu might be able to drop a right-wing party and bring in Tzipi Livni, a former foreign minister and candidate for premier who once mulled joining his government, and her centrist Kadima.

"But to do this under siege, as he (Netanyahu) feels right now, is not going to happen," Kurtzer said.

Haim Malka, a top analyst at the Center for Strategic and International Studies (CSIS), told AFP "there is no obvious or viable alternative to Netanyahu at the moment" when asked if "regime change" could work.

"And trying to trigger a reshuffling of the Israeli political landscape will more likely lead to paralysis rather than a coalition willing to make political compromises with the Palestinians," he said.

He said he would not speculate however on whether the Obama administration might be considering "regime change."