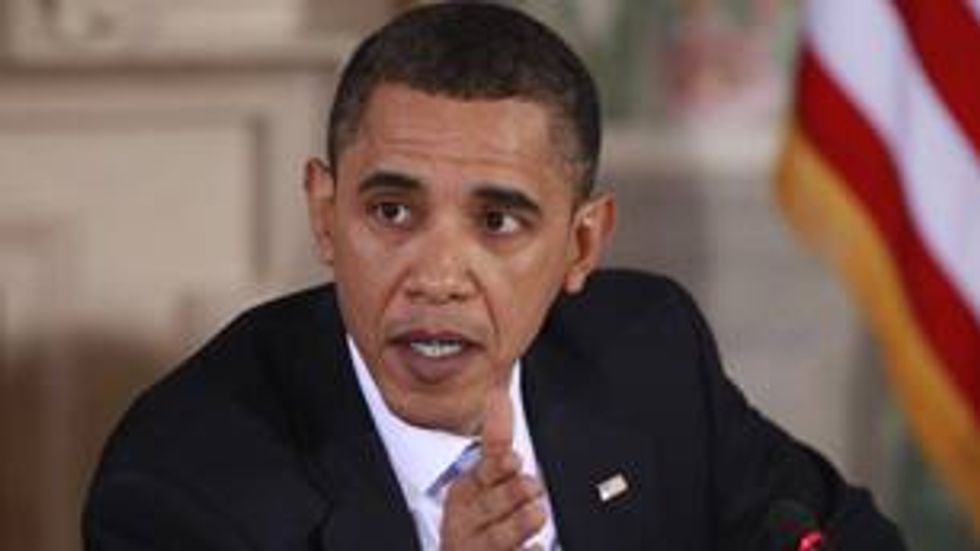 US President Barack Obama led Democrats in a triumphant, fist-pumping rally Saturday and confidently predicted Congress would rise to a century-old challenge and pass his health care overhaul.

"It is in your hands, it is time to pass health care reform for America, and I am confident that you are going to do it tomorrow," told his allies on the eve of a cliffhanger House of Representatives vote. "Let's get this done."

The proposed overhaul, a compromise between rival House and Senate

versions of the bill passed late last year, would bring the United States closer than ever to guaranteeing health care coverage to all of its citizens.

Using a blend of expanded government health programs and subsidies for millions to buy private insurance, the bill would add some 32 million Americans to the ranks of those covered for a total of 95 percent of Americans a century after Theodore Roosevelt called for a national approach to US health care.

As Obama spoke, thousands of protestors outside the Capitol chanted "Kill The Bill" and waved signs branding the president and his proposal "socialist" and lawmakers "corrupt," cheered on by the Republican minority.

"The American people are making their voices heard, here on Capitol Hill and across America. It's time for Washington Democrats to listen," said House Minority Leader John Boehner said.

The House was to vote Sunday on the legislation after a year of bitter debate, months of setbacks, bitter partisanship, and legislative logjams -- and a dramatic week of arm-twisting and head counts, led by Obama himself.

"I know there is a tough vote. And I am actually confident, I've talked to some of you individually, that it will end up being the smart thing to do politically because I believe that good policy is good politics," added Obama, who has staked his effectiveness and his legacy on the overhaul.

Asked whether that campaign had corralled the 216 members needed to pass the bill, Democratic House Majority Leader Steny Hoyer told reporters: "Clearly we believe we have the votes."

Democrats set the stage for a series of House votes on Sunday: First on the "rule" to govern the debate, then a package of "fixes" to the Senate's version of the bill, and then the Senate bill itself.

Van Hollen said that Democrats had dropped a controversial earlier plan, much mocked by Republicans, to avoid a direct up-or-down vote on the Senate plan and instead bundle it with the "rule" or the "fixes."

At least one Democrat had indicated he wanted to back the overhaul but could not vote for that approach.

If the measure clears the House, the Senate would take up the changes next week under rules that deny Republicans their most potent weapon, an indefinite delay called a filibuster, which Democrats lack the votes to overcome.

Democrats raised the possibility that Obama could issue an executive order reaffirming the prohibition.

Outside the Capitol, demonstrator Andy Counts of Maryland denounced the bill as "an overreach of the government, too much socialism" as he waved a sign reading: "Lies. Bribes. Corrupt. Socialist. Rats."

Asked whether he expected to change lawmakers' minds, Counts demurred, but said: "This is a start for us, the beginning of another year, two years, of work to repeal this bill," starting with November elections.

The White House touted support for the bill from the American Hospital Association, the American Medical Association -- top lobbies for US hospitals and doctors -- and the powerful AARP lobby group for the elderly.

Democrats also touted an estimate by the non-partisan Congressional Budget Office that says the bill could cut 130 billion dollars from the bloated US deficit through 2019 and 1.2 trillion in the subsequent 10 years.

Some of its most popular measures include bans on insurers denying coverage because of pre-existing illnesses, imposing lifetime caps on coverage or dropping people from coverage when they get sick.