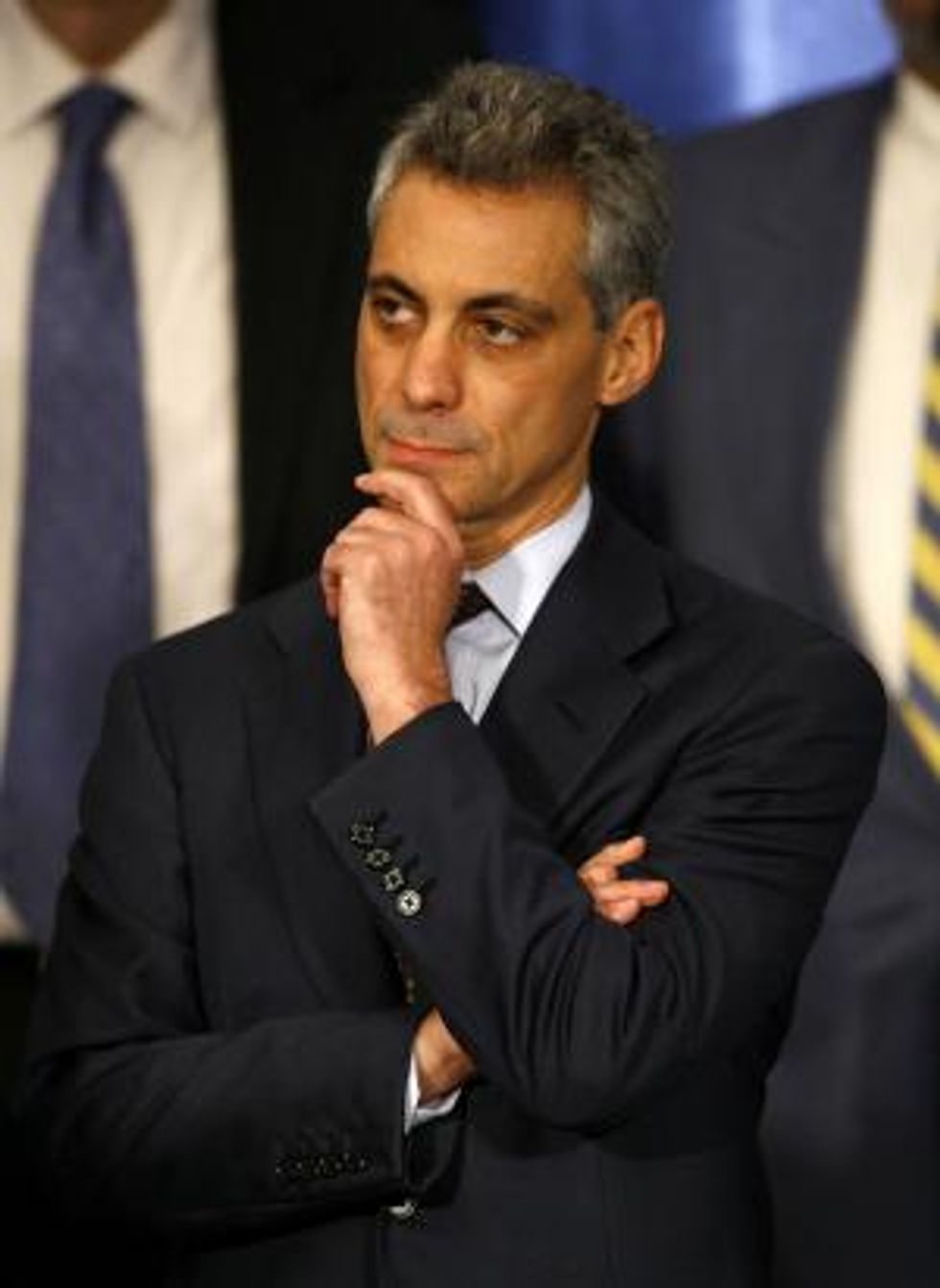 White House chief of staff Rahm Emanuel sat down on 60 Minutes to discuss the Obama administration's efforts to pass health care reform, Congressional elections later this year, and the influence of the Tea Party on Republicans.

The Tea Party loves to talk about voting out Democrats who voted for health care reform come November, but Emanuel said that allowing a "fringe group" to exert such influence over the GOP will ultimately backfire.

Asked by Katie Couric if worrying about the midterm elections keeps him up at night, Emanuel suggested the GOP's aggressive bid to retake Congress is overrated.

"I think the Republicans have a level of energy but inside that energy they have their own problem and fissures," Emanuel said. "They're basically at the behest of a fringe group that's taken control of their own party and their own leaders are scared of it."

When Couric asked if he was referring to the Tea Party movement, Emanual said, "I can give a more pertinent, a more informed answer in June and July."

His comments may have been somewhat prophetic. According to Talking Points Memo, the Tea Party showed its "true colors" Saturday when protesters launched racial epithets and abusive language at Democrats, including words like 'ni**er' and 'fa**ot'.

Emanuel also managed to apologize for his own abusive language of fellow Democrats. He had been frequently criticized for harsh words, especially when he stirred up controversy by referring to progressives as "fucking retarded."

Emanuel: "I don't think I can pull back from being hard-charging or whatever. But you got to understand and be sensitive to what people are saying---especially if you don't want to offend anybody and I clearly did and I was wrong."

Couric: "So have you taken another look at the way you communicate at all?"

Emanuel: "Yes. See? I've gone five minutes without a single swear word. How am I doing?"

Emanuel, who has been an important part of the Obama administration's push for health care reform, dismissed the idea that Obama had been stretched too thin between health care and other issues.

"Not at all," he said. "We're in the final stages of getting a comprehensive bill finally passed and onto the president's desk," Emanuel said. "We're on the last leg of the legislative process."