There are some analogies one might expect Karl Rove to stay away from. But the former Bush adviser on Monday described the Honduran president in terms that may sound eerily familiar to some descriptions of his former boss.

"We saw it in Honduras," Rove said. "Where, rather than monitoring the situation, [the Obama administration] let a cowboy president try to act in an extra-constitutional way to violate a fundamental principle in the Constitution, all without having done their homework in advance."

The situation occurred last June, when Honduran president Manuel Zelaya, who the New York Times described as a "leftist aligned with" Hugo Chavez, was ousted in a military coup, after months of attempting to rescind term limits.

The Washington Post explained that the Honduran constitution allows presidents to have only one 10-year term.

President Manuel Zelaya of Honduras was to oversee a non-binding referendum Sunday on his effort to alter the nation's constitution to allow him to seek a second term in office. Instead, he was roused from bed by his own military, escorted to the airport, and put on a plane to Costa Rica.

President Bush was occasionally referred to in slang as cowboy during his presidency, both at home and internationally, partly due to his love of wearing cowboy hats and boots.

In 2003, a BBC News journalist named Kathryn Wescott headlined an article, "Bush revels in cowboy speak." Referring to Bush's handling of Middle Eastern affairs, she noted that he "clearly loves that cowboy imagery." 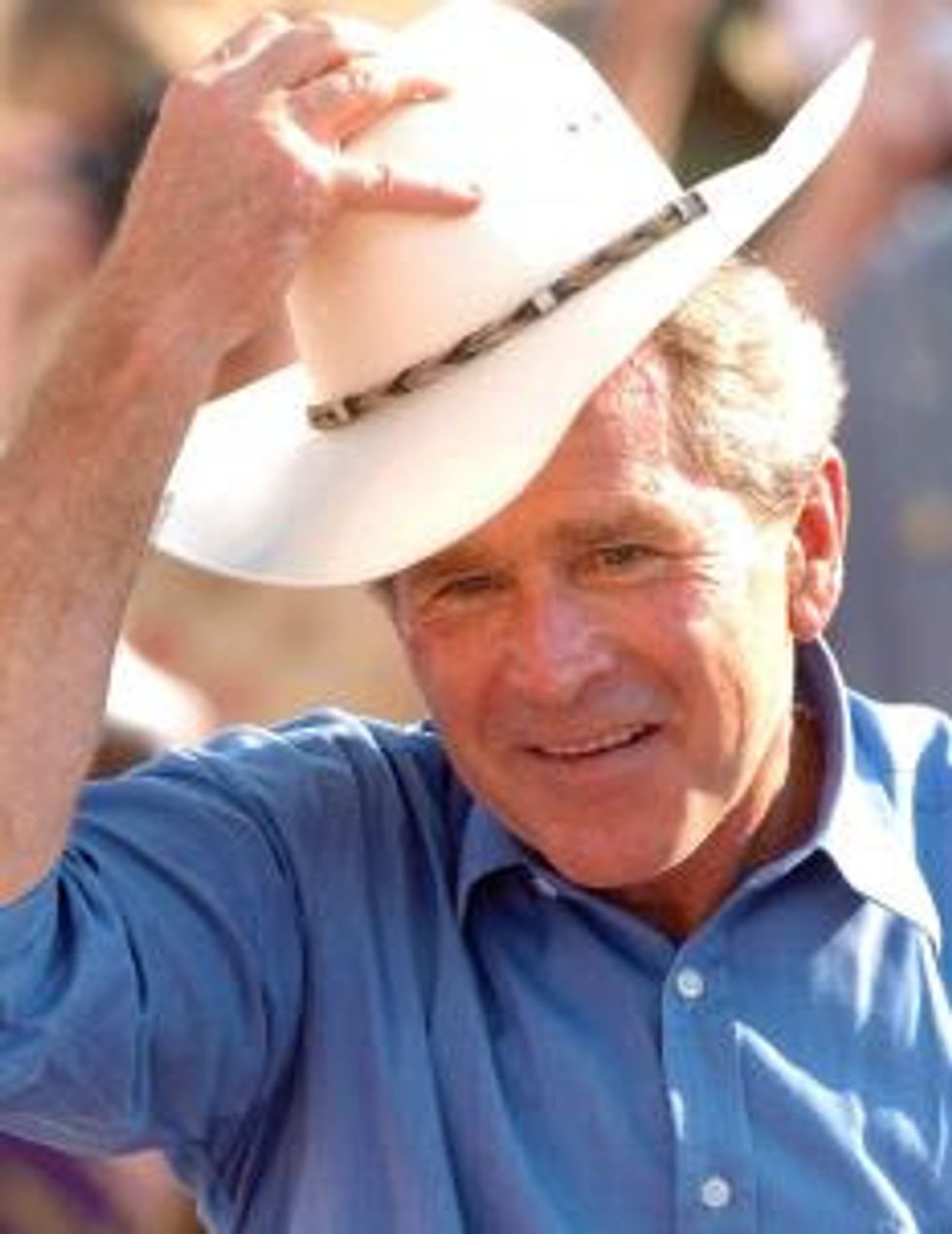 The Times noted a considerable "contrast" in Obama's response with the response of Bush to similar events:

President Obama said he was deeply concerned and in a statement called on Honduran officials “to respect democratic norms, the rule of law and the tenets of the Inter-American Democratic charter.

"Any existing tensions and disputes must be resolved peacefully through dialogue free from any outside interference," he said. His quick condemnation offered a sharp contrast with the actions of the Bush administration, which in 2002 offered a rapid, tacit endorsement of a short-lived coup against Mr. Chávez.

Although Rove assailed Obama for purportedly mishandling the matter, he didn't specify what he believed the appropriate response would have been.

Among the other topics of the Bush adviser's criticism was the White House's scrapping of missile shield defense from Eastern Europe and the recent spat between the United States and Israel over settlements.

He called Hillary Clinton a "very strong secretary of state" but said in various ways that the administration was failing to do their "homework" on foreign policy matters.