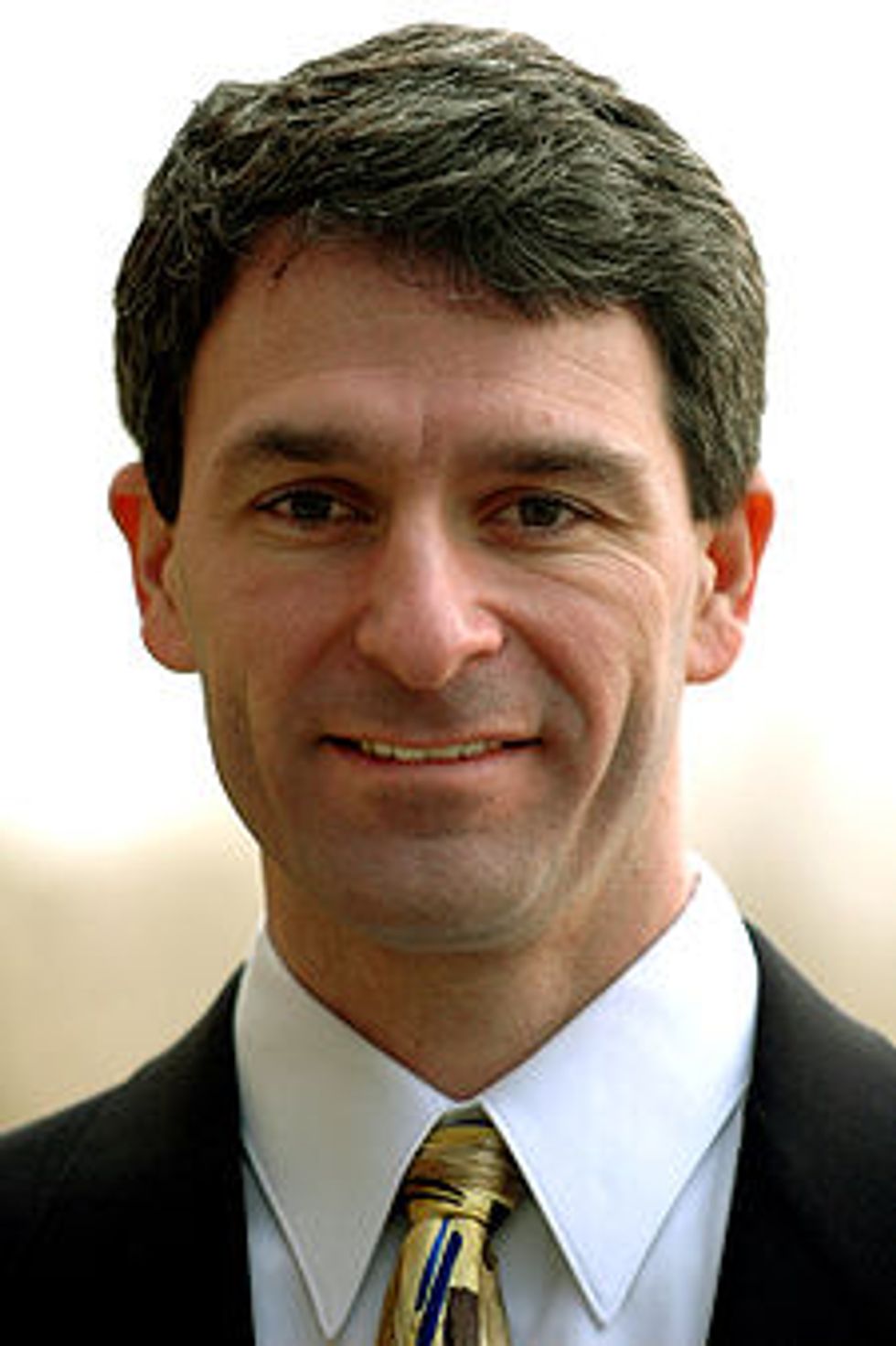 Update at bottom: Ten US states to file suit against health care reform

That's the strategy that's been outlined by Virginia state Attorney General Ken Cuccinelli, who confirmed Sunday that he will sue to block health care reform from becoming law. Reports the Richmond Times-Dispatch:

Cuccinelli is expected to argue that the bill, with its mandate that requires nearly every American to be insured by 2014, violates the commerce clause of the U.S. Constitution. The attorney general's office will file suit once President Barack Obama signs the bill into law, which could occur early this week.

"At no time in our history has the government mandated its citizens buy a good or service," Cuccinelli said in a statement last night.

Cuccinelli announced his intentions through a spokesman last Wednesday. In a letter to Speaker of the House Nancy Pelosi last week, Virginia's top lawyer warned Democrats of using the "deem and pass" approach, which would not have permitted a freestanding vote on the Senate-passed health care reform bill -- a measure Democrats didn't ultimately embrace.

But Cuccinelli plans to sue anyway.

Cuccinelli has already been the source of political controversy this year for removing sexual orientation from the state's non-discrimination policies.

Virginia isn't the only Republican state that is considering lawsuits to combat Democrats' passage of health reform.

Prominent Republican lawyers have said legal arguments are already being drafted to throw Washington into a legal battle if health care reform passes Congress. "Deem and pass" was front and center of the debate.

“There is a lot of discussion among various lawyers and we’ve had some conference calls,” said Cleta Mitchell, a Washington attorney long active in GOP circles. “People are just distraught that the Democrats are even contemplating doing something like this. It’s utter lawlessness to deem a bill passed without voting for it. It’s horrific.”

Legally, the rule is somewhat of a gray area in politics. But Tim Jost, a law professor at Washington & Lee University, believes the health care bill would be perfectly legitimate even if Democrats were forced to use "deem and pass."

“The Constitution says that each house can write its own rules. Those rules are up to Congress to adopt and they’re not going to be second-guessed by the courts,” said Tim Jost, a law professor at Washington & Lee University. “As long as there is a vote on the language of the Senate bill, however they go about doing this, then the Senate bill is adopted by the house and they’ve met the requirements of the Constitution.”

With earlier reporting by Andrew McLemore.

Ten US states to file suit against health care reform

Republican Bill McCollum, who is running for governor in the upcoming November mid-term elections, led the charge to challenge a provision which would require most people to buy health insurance or else pay a fine.

"The health care reform legislation passed by the US House of Representatives this last night clearly violates the US Constitution and infringes on each state's sovereignty," McCollum said in a statement.

"If the President signs this bill into law, we will file a lawsuit to protect the rights and the interests of American citizens."

Obama's Republican foes have waged a political war on the historic health care overhaul and have vowed to repeal it should they retake the House and Senate seeking an edge in November mid-term elections.

Some 38 states have either filed or announced their intention to file similar legislation, according to the American Legislative Exchange Council, which opposes the health reform bill.