Afghan President Karzai: Bush knew we were getting bags of cash from Iran 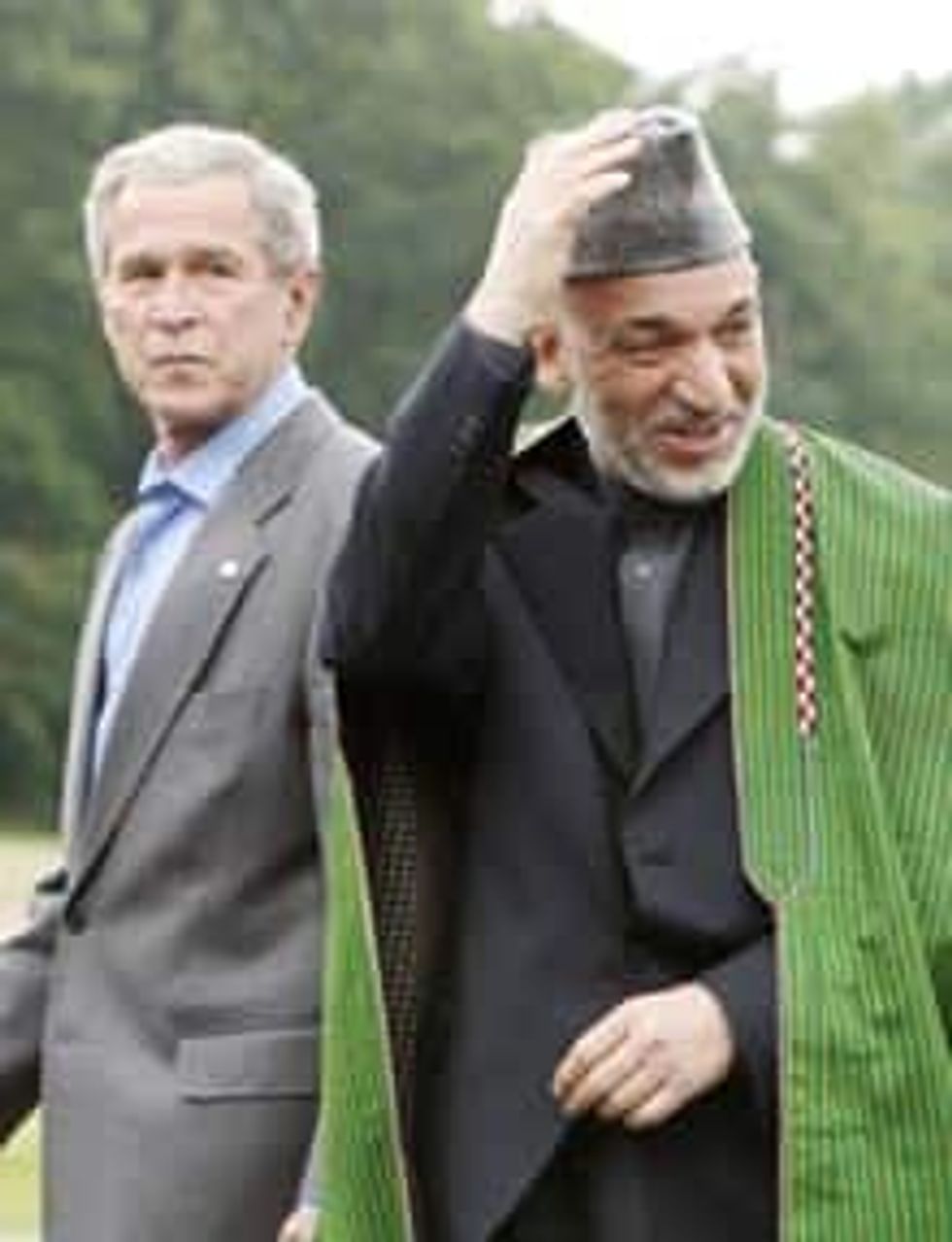 Afghan President Hamid Karzai admitted to CNN on Monday that he has received cash payments from Iran after a New York Times report fingered his chief of staff as carrying bags of money back from trips to Iran.

Little noticed in his interview, however, is that he said that President George W. Bush knew Afghanistan was getting cash from their western neighbor.

"Even when we were at Camp David [Maryland] with President [George W.] Bush, this is nothing hidden," Karzai remarked.

Karzai likened the bags of cash that he received, which his staff doled out to "Afghan lawmakers, tribal elders and even Taliban commanders to secure their loyalty," to the billions of dollars in US aid his country receives.

"The cash payments are done by various friendly countries to help the president's office and to help dispense assistance in various ways to the employees around here, to people outside, and this is transparent and this is something that I have discussed," Karzai said. Iran, he added, "asked for good relations in return and for lots of other things in return."

"We are grateful to Iran for the help that they are giving and to those receiving that help under my instruction," he said.

Iran's ambassador to Afghanistan delivered the cash -- in euros -- in large plastic bags, according to a New York Times report published last night.

“This is the Iranian money,” said an Afghan official, who spoke on condition of anonymity. “Many of us noticed this.”

The bag of money is part of a secret, steady stream of Iranian cash intended to buy the loyalty of Mr. Daudzai and promote Iran’s interests in the presidential palace, according to Afghan and Western officials here. Iran uses its influence to help drive a wedge between the Afghans and their American and NATO benefactors, they say.

The payments, which officials say total millions of dollars, form an off-the-books fund that Mr. Daudzai and Mr. Karzai have used to pay Afghan lawmakers, tribal elders and even Taliban commanders to secure their loyalty, the officials said.

The full Times report by Dexter Filkins can be read here