We report, you decide? More than 30 Fox News personalities endorsed GOP candidates in 2010

The Obama administration has called Fox News "a wing of the Republican Party" but even the White House might be surprised to find out that more than 30 network personalities have supported GOP candidates this year.

A new report by the liberal group Media Matters claims that in more than 600 instances Fox News personalities have "endorsed, raised money, or campaigned for Republican candidates or organizations."

Some of the personalities are Fox News contributors that have been Republican candidates or worked for Republican administrations in the past. It's probably no surprise that Monica Crowley, Newt Gingrich, Mike Huckabee, Sarah Palin, Dana Perino, Karl Rove and Rick Santorum have endorsed or otherwise supported Republican candidates.

Media Matters notes that Sean Hannity has lent his support for eight candidates as well as a March fundraiser for the National Republican Congressional Committee and a book signing at the Southern Republican Leadership Conference.

The report will most likely add fuel to the argument that Fox News is a biased organization. In October 2009, the White House briefly stopped doing interviews with the channel.

Later that month, a Pew poll found that Americans believed the network to be the most ideological channel with 47 percent saying it was "mostly conservative."

Here are some flyers Media Matters drudged up of Fox personalities using their affiliations in fundraisers: 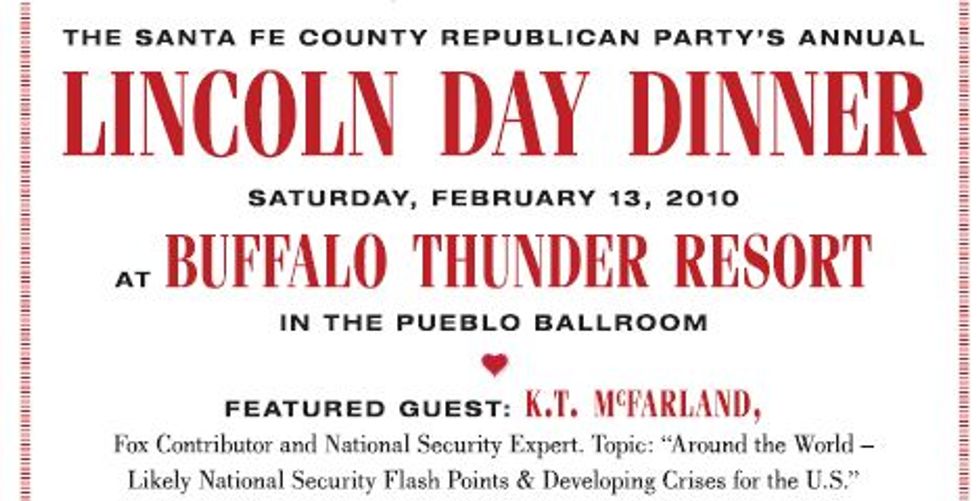