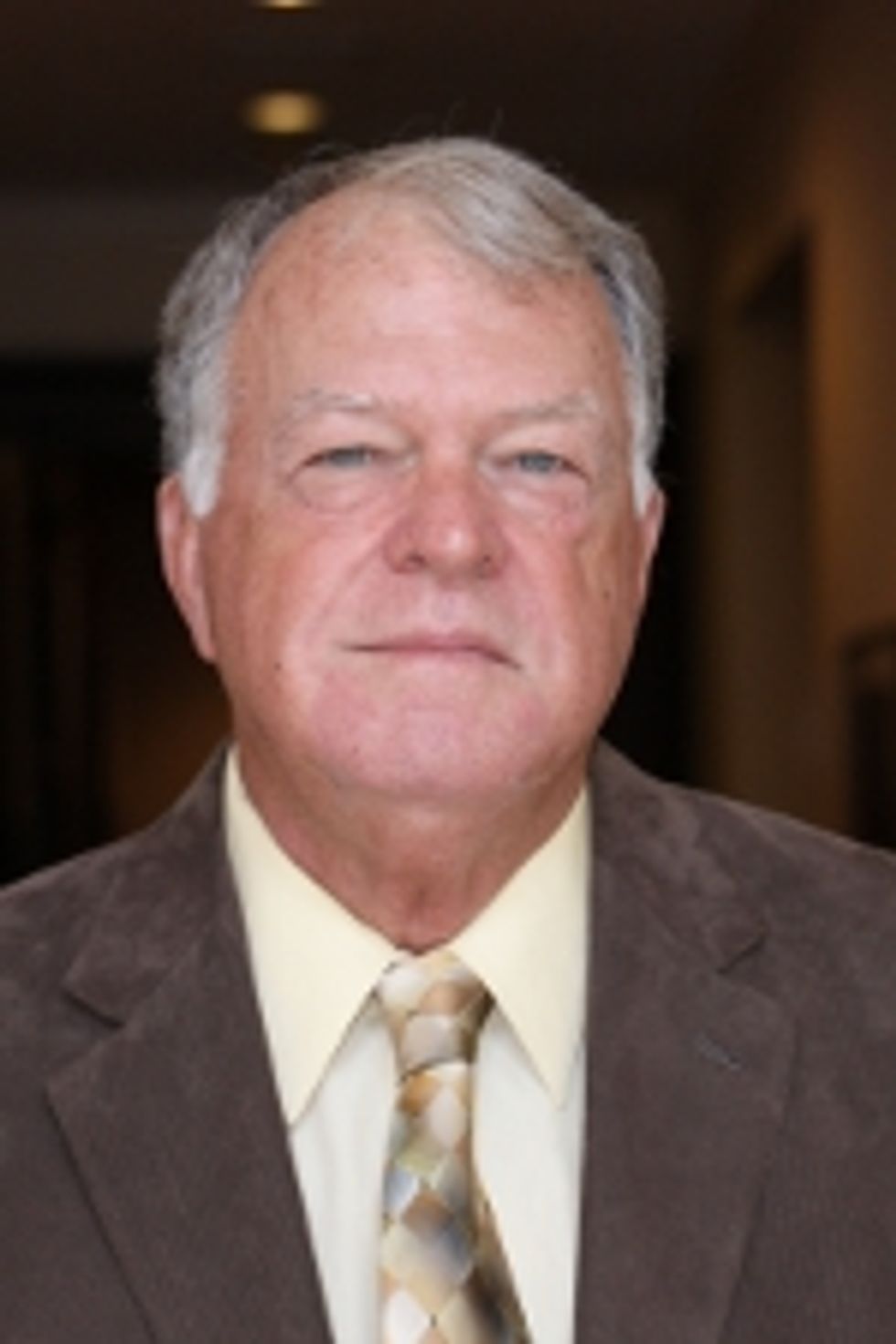 The Texas Commission on Environmental Quality (TCEQ) doesn't want to say who's responsible for deleting all mentions of climate change from part of a forthcoming scientific report, and that's got at least one scientist hopping mad.

Dr. John B. Anderson (pictured, left), an oceanographer at Rice University, told Raw Story that his report on the Galveston Bay estuary, and the effects of rising sea levels on its fragile ecosystem, was censored for purely "political" reasons.

"This is a clear-cut case of censorship," he said in an exclusive interview. "It's not scientific editing. It was strictly deletion of virtually any information that related to global change."

But more pressing for today, Anderson's report cites recent, dramatic changes in the sea level that stand in stark contrast with historical norms. If these changes are not acknowledged and action is not taken to mitigate the consequences, he said, the ecosystems along the Texas gulf coast could suffer severely in the coming years.

Anderson added that he reached out to Buddy Garcia, a commissioner with the TCEQ appointed by Gov. Rick Perry (R), to ask why the changes had been made, but Garcia never replied. Raw Story's request to speak with Commissioner Garcia was also denied.

Reached for comment on who was involved in editing the report, TCEQ spokeswoman Andrea Morrow abruptly hung up on Raw Story after promising a written statement.

Follow-up requests for information on who was involved in editing Anderson's report were met with refusals. A public information request for those individuals names has been filed.

"This is the TCEQ's report which we contracted with Houston Advance Research Center to publish regarding the State of Galveston Bay," the agency said in its prepared statement. "It would be irresponsible to take whatever is sent to us and publish it. And here, information was included in a report that we disagree with."

"That chapter that was censored was actually a summary of scientific literature," Anderson told Raw Story. "There's no new data that was actually presented in that chapter. [...] One of those statements was even lifted out of Science Magazine, which last I heard was an acceptable scientific journal. So, I was rather shocked that their response was they did not accept some of those viewpoints."

"To say you don't accept it, when it's been published in peer-reviewed scientific literature, usually means that you need some kind of a counter argument to say that there's also evidence published in peer-reviewed literature that would refute that," he added. "But [they offered] nothing of that sort. It becomes censorship when they simply omit these references and provide no constructive criticism or comments."

The TCEQ claimed Commissioner Garcia's office had attempted to follow-up with Anderson but failed to reach him. Anderson denied that was the case. "I allowed 30 days to hear back and I heard nothing," he said. "That's why I decided to go public at that point: it was pretty clear I was not going to hear back from Mr. Garcia."

The agency also said that information in Anderson's article was "inconsistent with agency policy," but offered no elaboration on what that policy is. All of Raw Story's follow-up questions were subsequently ignored.

"We scientists commonly are criticized for not going the extra step in education, and this was my way of doing that outreach, to write an article that is not directed at the scientific community," Anderson concluded. "To then have those very policymakers turn around and say we refuse to accept any of this... is quite discouraging. I refer to Texas as a state of denial, and I don't think we're the only coastal state that's in denial."

"These people have a responsibility to look out for, not just the voters, but the future voters," he said. "There the ones who are going to have to pay the tab. As long as we live in the state of denial, we're just passing the check to our grandkids to deal with."

To see what was censored in Anderson's article, which is no longer part of the TCEQ's "The State of the Bay 2010" report, scroll through the embedded PDF below.