Texas man allegedly killed soldier for not believing in God

Can being an atheist in America get you killed? If police in the small Texas town of Petrolia are to be believed, the answer to that question is yes.

Officials in Clay County, Texas revealed this week that human remains uncovered near the Oklahoma border last month were those of Spc. Jose Ramirez, an El Centro, California native who went missing from Fort Sill, Oklahoma more than seven years ago. A former friend of Ramirez's, 30-year-old Justin Green, was charged with the murder in February.

Three others, including Green's mother and sister, also face charges related to helping clean up the crime scene and hide the body, and the story was carried earlier this week by The Associated Press.

But one shocking detail in that story seemed to be overlooked in the AP's lead: A criminal complaint against the group, obtained by Raw Story on Thursday, shows that Green's sister believes he killed Ramirez "because Ramirez did not believe in God."

It's still not clear exactly when Ramirez was killed, but Texas Ranger Marshall W. Thomas claimed in his report that officers detected blood at a rural home in Petrolia, Texas after two individuals with knowledge of the crime came forward. They discovered the soldier's body buried face down in a shallow grave, with both of his legs sticking out of the ground, covered by a tire and random trash.

Clay County Sheriff Kenny Lemons told the AP that Ramirez was likely murdered some time in 2007, adding that he does not know why Ramirez was at that location, but that he was an acquaintance of Green's. Reached by Raw Story, the Clay County Sheriff's Office had not further comment on the case.

It is also not yet clear if Ramirez really was an atheist, or if that was the real reason for the killing. The two nameless tipsters told police that's what Green said to them to justify him actions, and claimed that Ramirez had reached for a gun as well. It is possible that the two had a separate disagreement leading up to the alleged murder.

The criminal complaint adds that Green had described Ramirez as a "hateful" person who did not believe in the Christian deity figure.

The police report claims that Green, his sister Brittany and her friend Stephanie Heaston-Corral allegedly worked together to hide the body and clean up the residency at the prompting of Green's mother, Terri.

After burying the body, police claim the group all went to Brittany's apartment and ordered a pizza and bread sticks with Ramirez's credit card, and Brittany allegedly signed it using Ramirez's last name.

After receiving a tip, police acquired a search warrant for the residence, which had since been vacated, and discovered two bullet hole defects in one wall and the presence of dried blood. Based upon that evidence, they obtained another warrant for the whole property, ultimately discovering the badly decomposed body in its shallow grave, still wearing a pair of Army-issued shorts.

The complete police report follows, below. 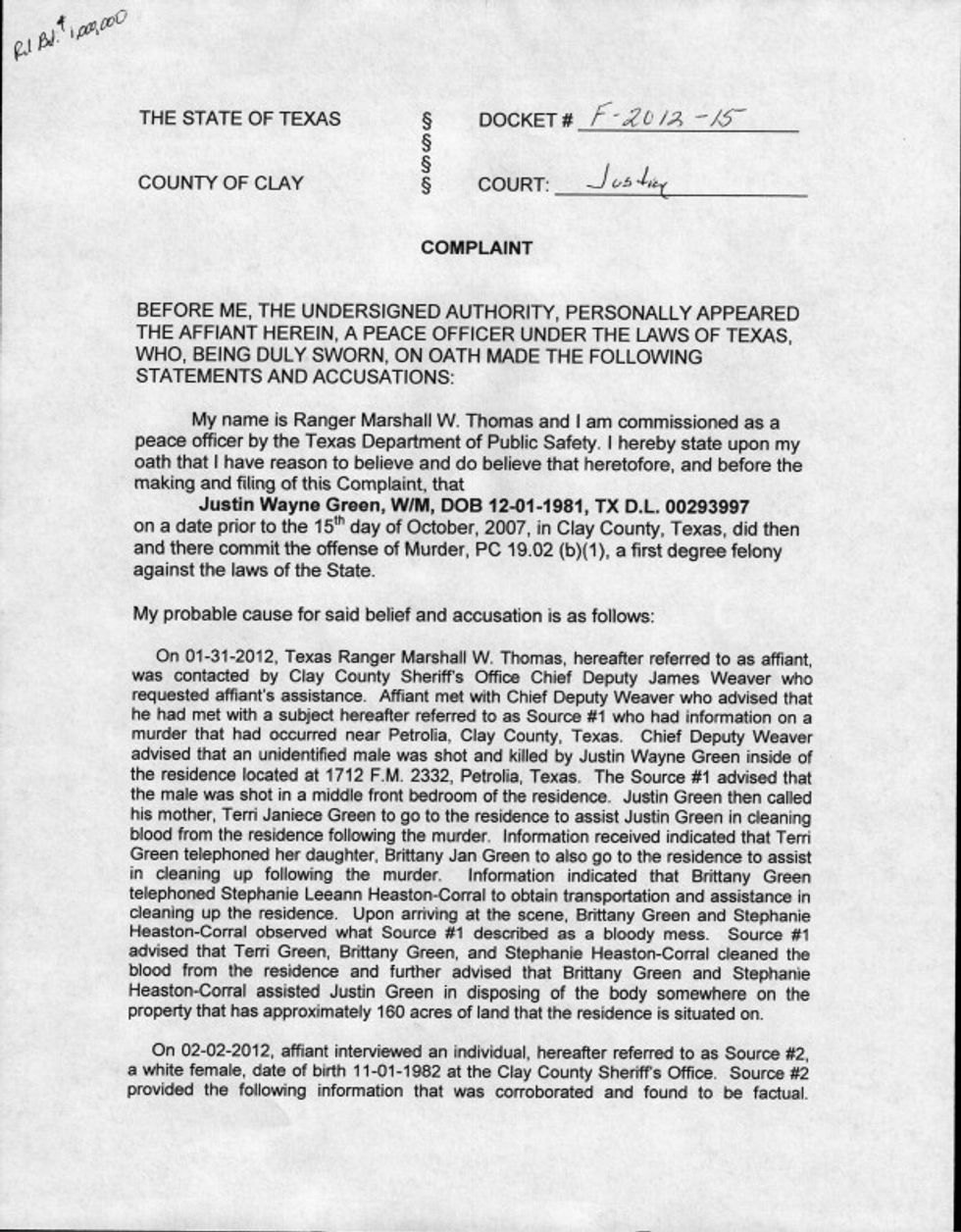 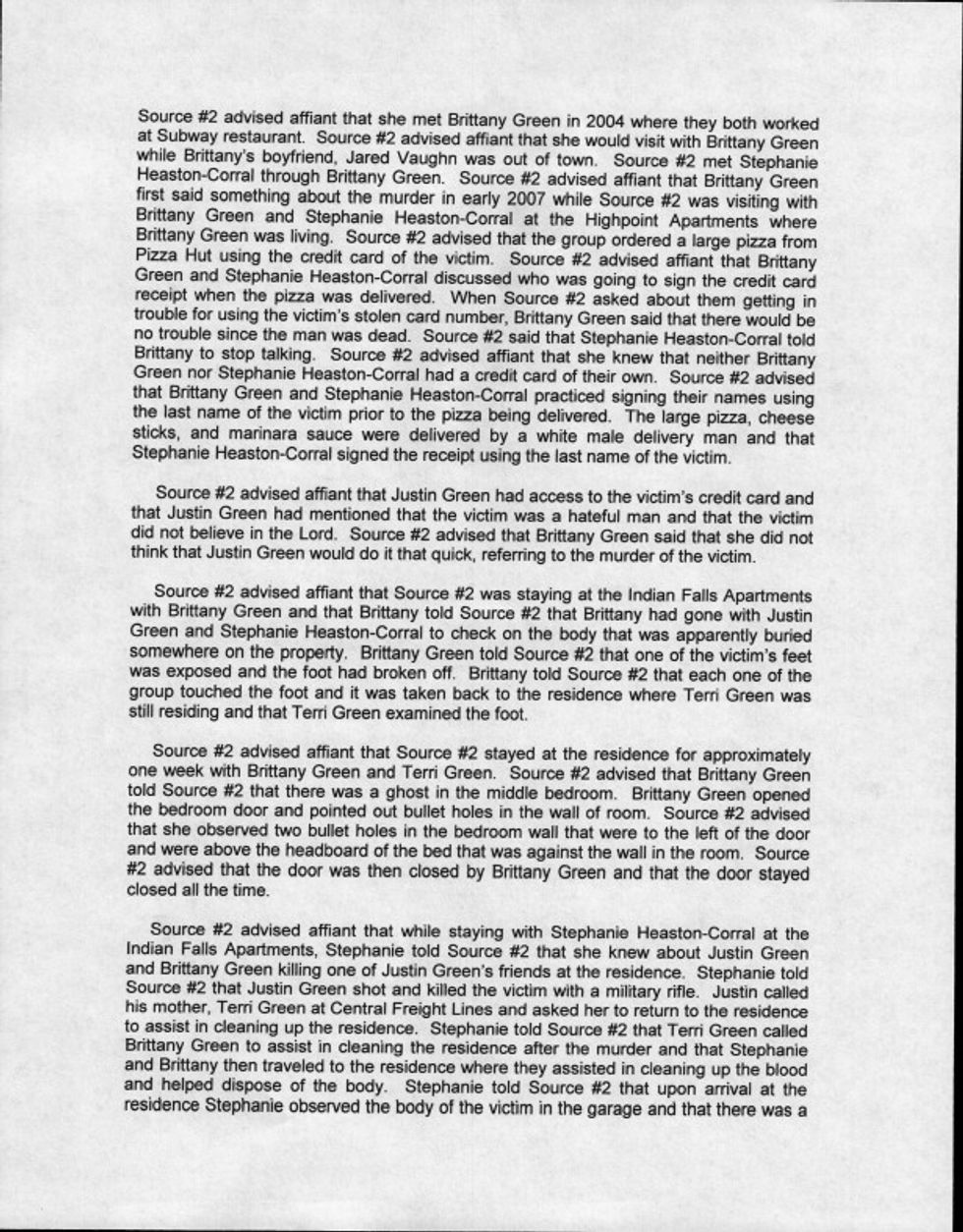 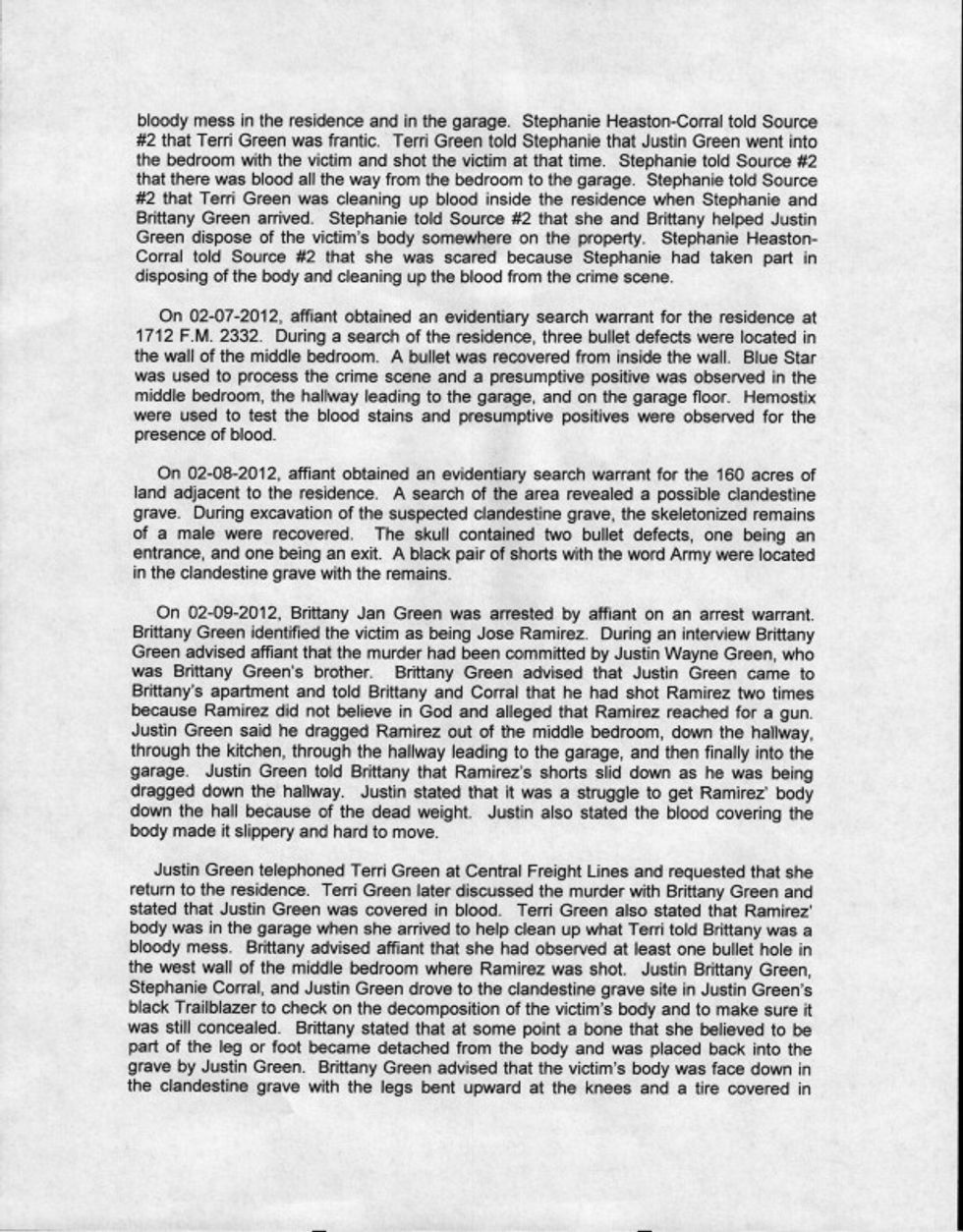 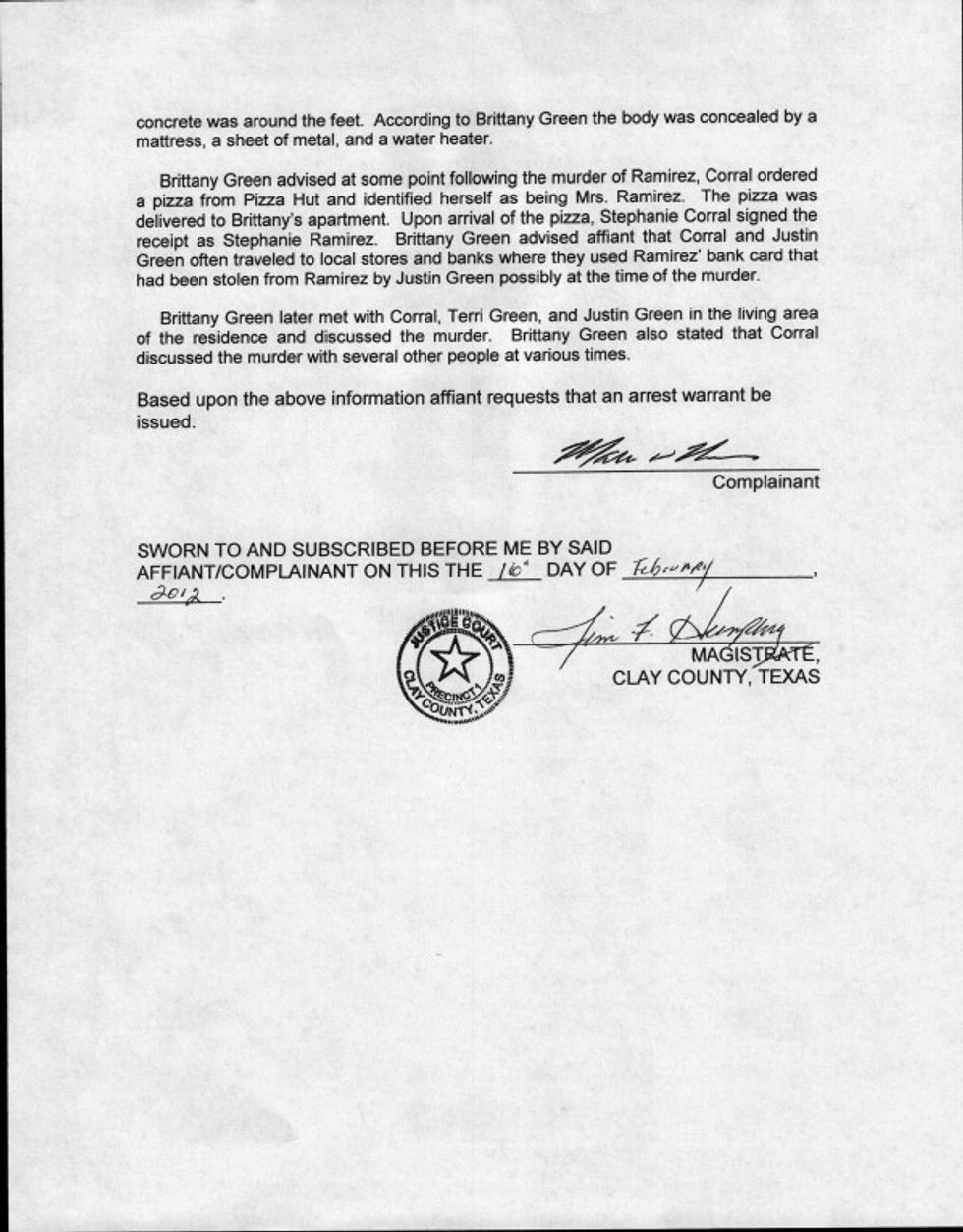