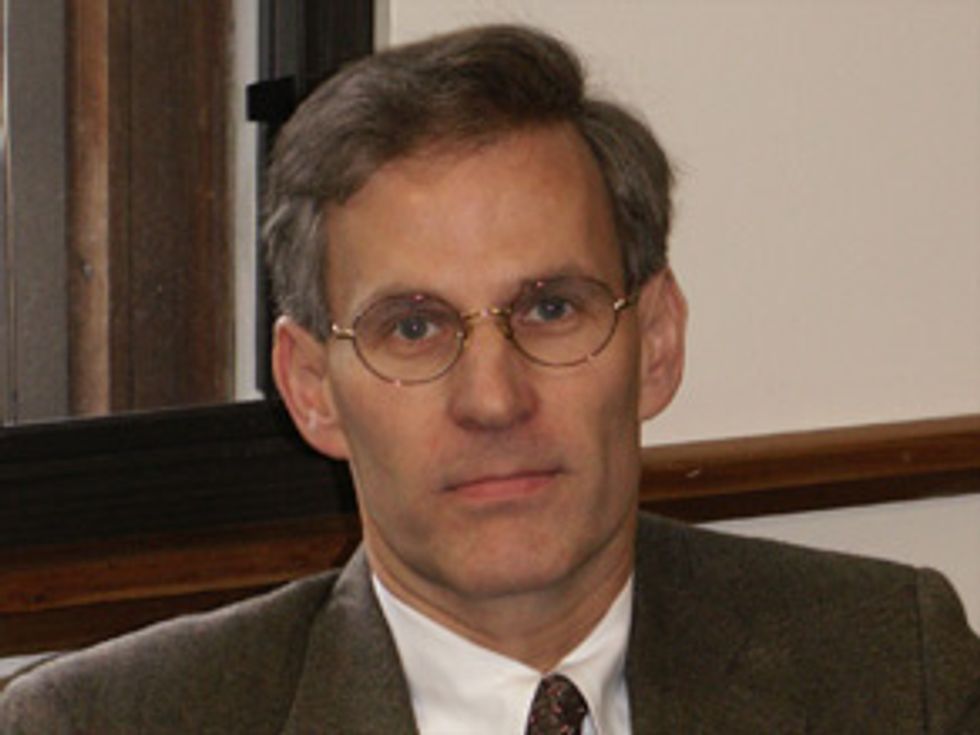 "The main reason there's so much [illegal traffic between] Mexico into the United States is because it's illegal to produce, transport, distribute and advertise those goods here," he explained to Raw Story recently. "The U.S. prohibition of drugs means that drugs markets are underground. They're produced in black markets, rather than produced in standard, above ground markets."

Those markets, he warned, tend to be a little rougher around the edges than your traditional Sunday afternoon shopping market.

"Black markets tend to have a number of features that above ground markets don't have," Miron said. "They are affected far, far more by violence, by corruption, by quality control and some other related issues that result from the illegality of the market -- and almost entirely because of the illegality, not because of the nature of the particular substances being prohibited."

That's why he led a group of more than 500 economists -- three of them Nobel laureates, including Milton Friedman -- to petition policy makers in 2005 for a new way forward in the drug war. They all signed onto Miron's economic analysis of the costs associated with drug prohibition and agreed with his conclusions: namely, that legalizing marijuana would save the government $7.7 billion per year, and earn an additional $6.2 billion in annual tax revenues.

They even hedged their bets, keeping up with professional appearances: "The fact that marijuana prohibition has these budgetary impacts does not by itself mean prohibition is bad policy," the analysis notes. "Existing evidence, however, suggests prohibition has minimal benefits and may itself cause substantial harm."

Miron has since become even more outspoken about the negative effects of black markets and his personal feelings on the drug war.

"If the U.S. were to legalize drugs, you would see a decline in the prices at which they're sold, to some degree," he told Raw Story. "The prices are highly elevated because of the extra costs posed by the black market. Those declines in the prices might contribute to increased consumption, although it doesn't follow that the increase in consumption would be huge. Many people who consume substances are already consuming them."

Miron added: "At the same time, you would get substantial if not complete reduction of many of the effects of having the trade be in a black market. We would be getting rid of violence that occurs between rival drug traffickers, you would reduce the incentives for corruption of police, judges, prosecutors and so on."

"You would see the quality of what people get, their ability to purchase something of a known purity that is not adulterated with potentially dangerous other materials, you'd see that essentially eliminated, just as it is with most legal markets and most legal commodities. So, the negative effects associated with drug markets would substantially disappear if the market were to be made legal."

For those reasons, Miron said he strongly believes that, moreso than just regulating marijuana, "I think we should legalize all currently illegal drugs."

"The effects of prohibition on the drug market are mainly to drive that market underground. There may be some effect of prohibition in reducing the overall size of the market for how much gets produced and consumed, but that is a relatively small effect. The main effect is that... all this black market activity leads to crime and corruption, and especially to elevated rates of violence."