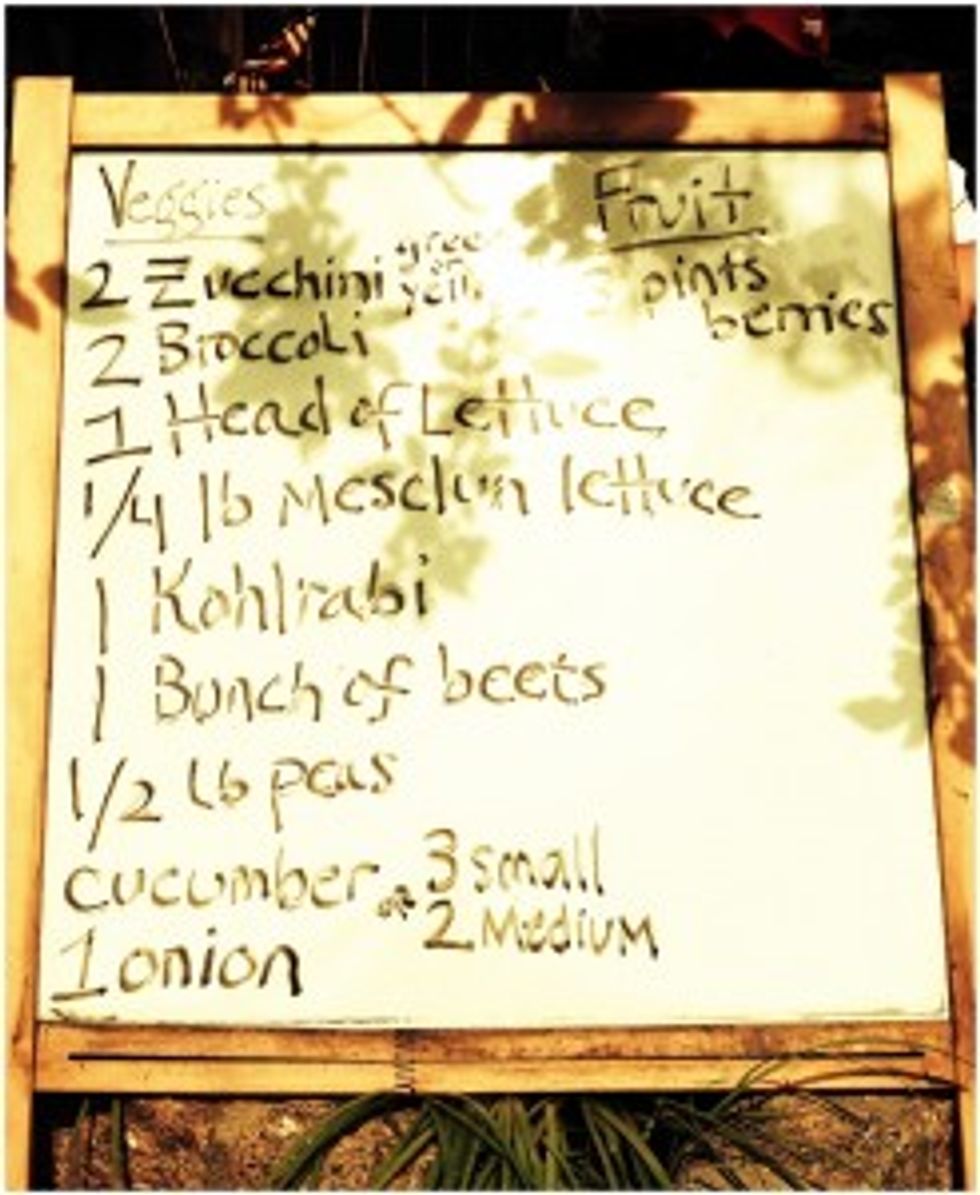 The heat was really taking a lot of my urge to cook away from me in the earlier part of the week. In a way, having the CSA is really valuable in these situations, because the need to cook all the food in the fridge kicks in. I often find that even if I wasn't into cooking to begin with, once I start, it's pretty fun. It does help to live in an era where I can set up my laptop in the kitchen and listen to music while reading recipes online as I cook. It's less a chore and more a way to relax at this point. Also, learning new things!

I wanted a light dinner, because I had blueberries stacking up like mad in the fridge, and I wanted to make blueberry pie. I went with this recipe, which is basic, but since when does blueberry pie need more than just to be?

So I took the carrots from last week, some green onions and the onion from the CSA and made a burrito mix with some black beans I had pre-cooked in the fridge. Added honey, oregano from my garden, chili power, cumin, salt and pepper, and cooked it in beer. Served it on tortillas with some salsa and cheese. This left lots of room for as much pie as we want. And isn’t that the most important thing? 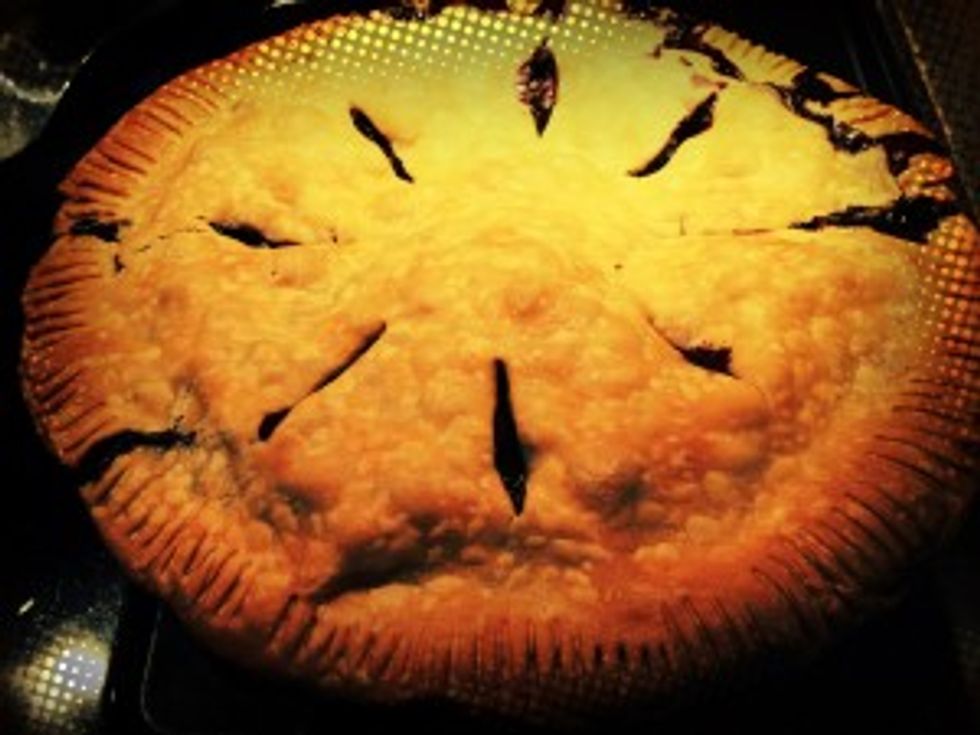 Decided to whip out some of the latest shipment of tempeh and make this recipe with it. I still had some blueberries left, so I made the blueberry salsa from this recipe to go on top of the tempeh pieces, which I was basically serving up as if they were grilled chicken. With that, I successfully used up what was amounting to about 10 cups of blueberries in my fridge, between the leftovers from last week and this week’s haul. Learning how to be versatile with blueberries is a very important summer CSA skill.

I took the lettuce and made a salad with some cherry tomatoes and cucumber. I know there’s probably more one can do with lettuce and cucumbers, but I also don’t see why you would. 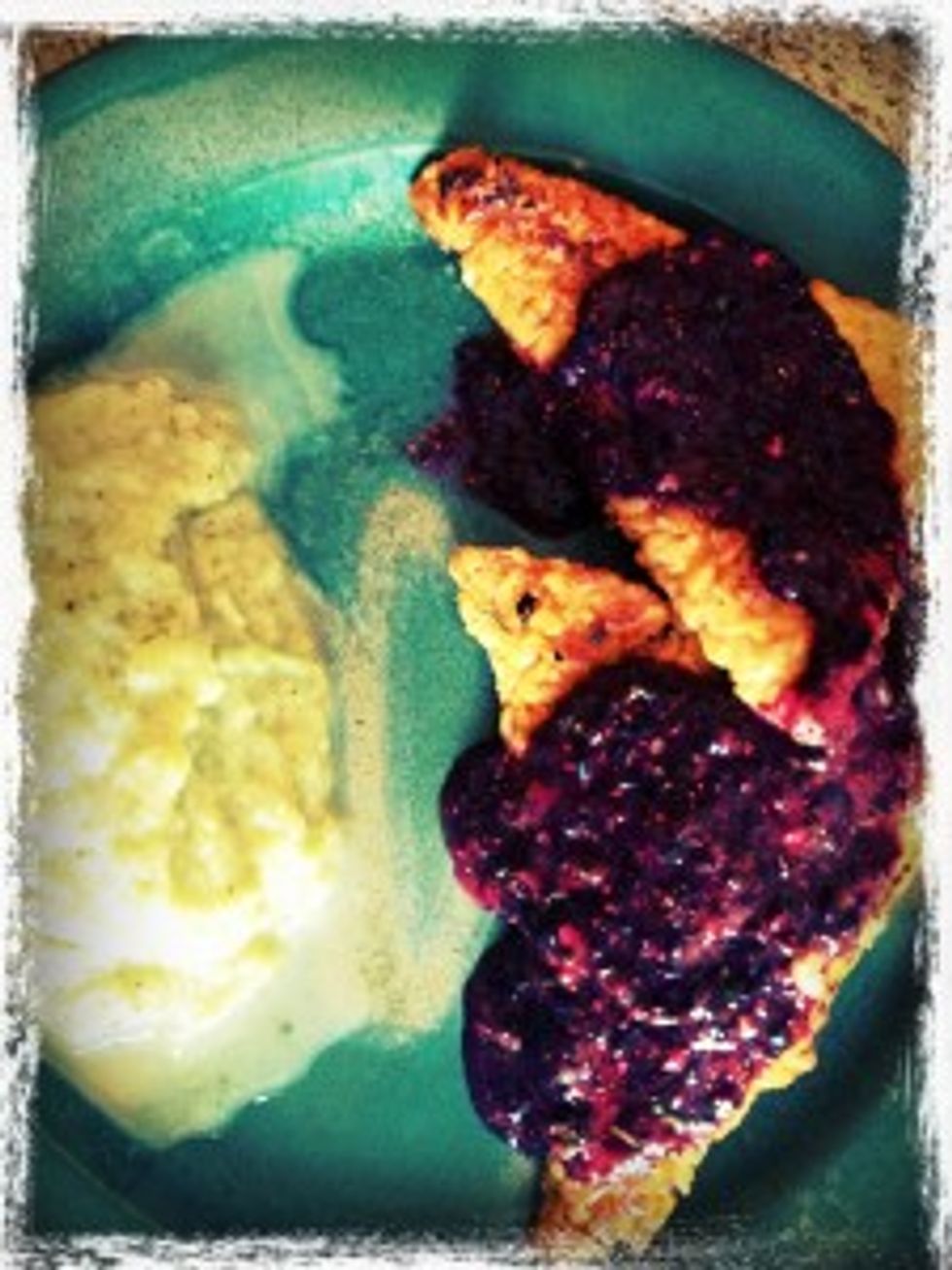 The best possible thing you can do with kohlrabi, I’ve learned, is mash it like it’s potatoes. This is a pretty great recipe. Bonus: you can use a wand blender instead of a potato masher, because kohlrabi isn’t as starchy and won’t turn to paste if you do that.

Vegetarian, because of the milk in the kohlrabi.

I was intrigued by this recipe that seemed to take the same idea as zucchini fritters but make it oh so much easier: zucchini tots.  I didn’t have a mini-muffin pan, sadly---I need to get one!---but I had a regular one, so I made zucchini muffins instead. I served them with a yogurt sauce made with yogurt, chili powder, and lemon juice. Sadly, one plunged to its death as I was removing it from the tin.

Served it with one of my favorite staple dishes: kidney beans cooked with red wine and thyme. Obviously, onions and garlic, too, but it’s a pretty simple recipe that’s surprisingly delicious. Also gives you an excuse to buy some red wine, even though it’s summer.

Vegetarian. Can’t think of a way to make the tots/muffins vegan, but maybe with hummus and corn starch instead of eggs? 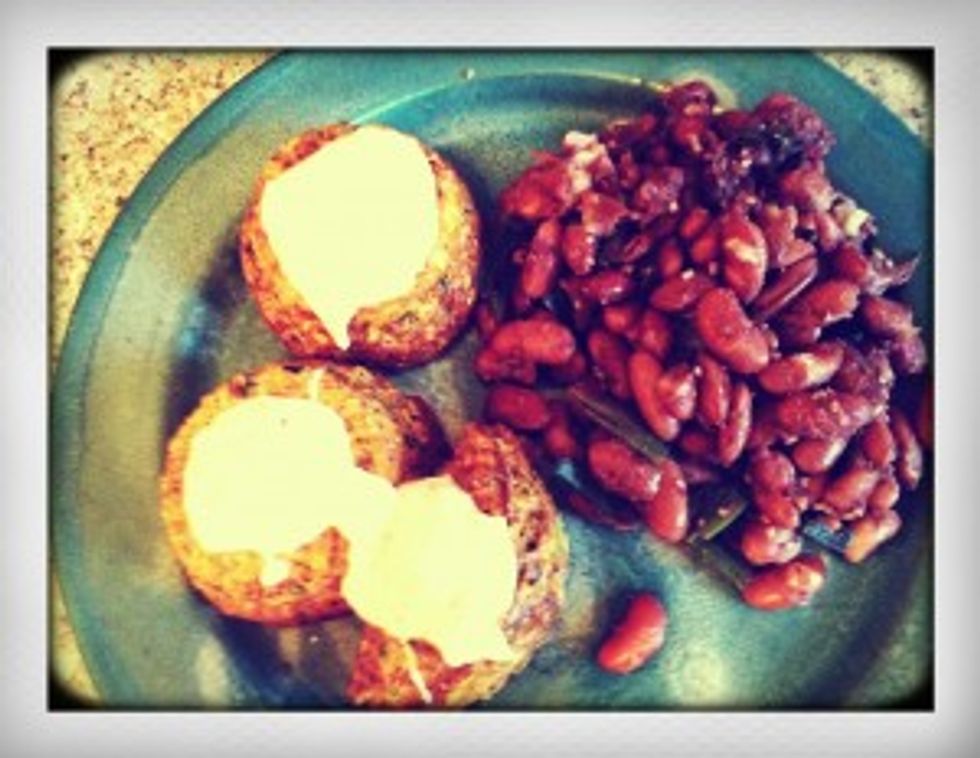