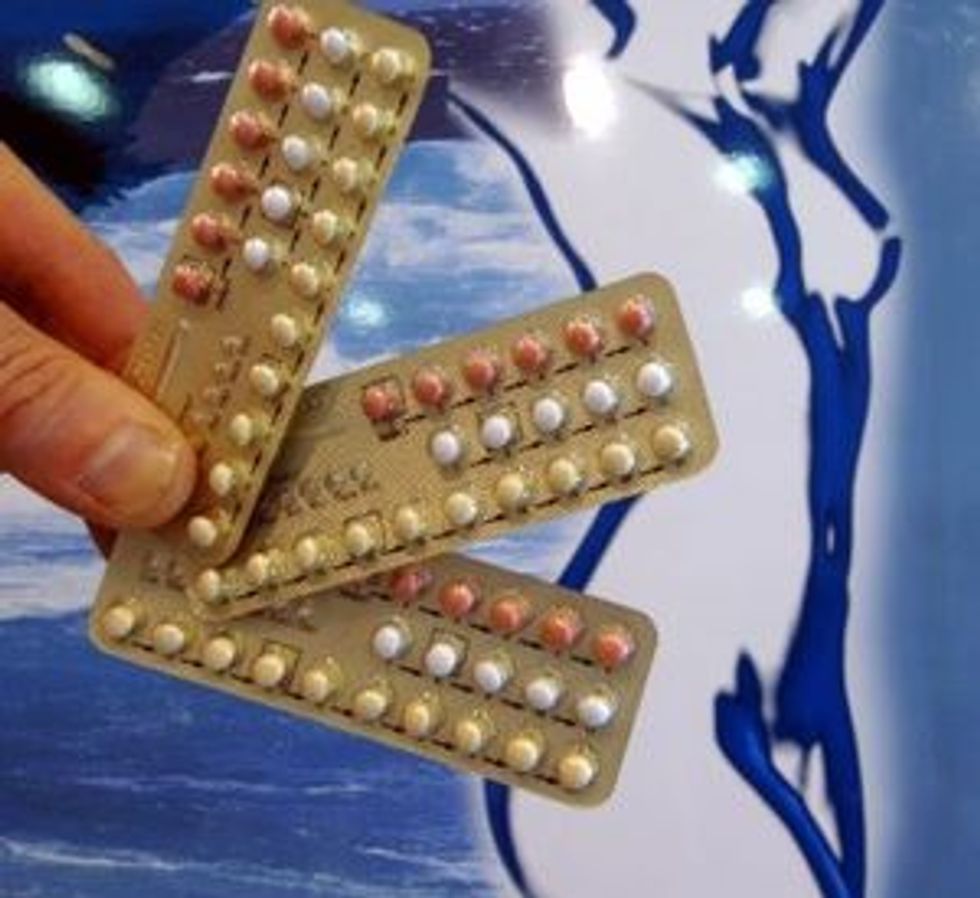 Yesterday, I put up a blog post at Slate announcing the great news that the contraception mandate officially kicks in on August 1st, which is today. I personally got a notice in the mail letting me know my pills will now be available without a co-pay, so that's pretty rad. Naturally, the comments filled up with dudes who were looking for any argument, no matter how tenuous, to make the claim that women shouldn't get this benefit. Actually, that shouldn't be "naturally", because the only people who benefit as much as women from affordable birth control are men. It's really weird to have men screaming bloody murder at the horrors of having sex be less fraught from fears of unwanted pregnancy. Unless, of course, you're a dude who is more upset at all the women fucking someone other than you to tend to your own business, which is a possibility I'm not ruling out as the motivation.

Clearly, what we as a nation need is more fucking, less praying. A good 30% of our bullshit would go away pretty quickly if we just shifted our priorities in the right direction.

Birth control is the biggie in the new regulations that kick in to action today, mostly because it's the most efficient way to cut costs while also reducing preterm births, increasing breast-feeding, reducing the demand for abortion on an already overburdened system, and reducing a whole host of problems that come from unintended child-bearing. But it's far from the only thing that the HHS requires to be covered with no co-pay now. The Center for American Progress put together a nifty graphic explaining the rest:

The well-woman aspects are crucial, because even paying for a doctor's appointment to get a prescription can be an obstacle between women and contraception. A word of warning: If you're already insured, these benefits don't kick in until your plan renews. August 1st is a popular day for that rollover, so many of you should be covered, but check with your H.R. department or call your insurance company if you're not sure. If you've been using prescription birth control and are now covered, however, you probably got a notice from your company in the mail.

There's a myth brewing on the right that the Obama administration, at the behest of imaginary man-hating feminists, only pushed the HHS to classify woman-specific healthcare as preventive care that's covered without a co-pay. This couldn't be further from the truth. In fact, many other kinds of preventive care for both genders and all ages have already been in play for months. Women's care is only being rolled out now because the HHS took some extra time to review the relevant research to find out what should be included. Women pay more out-of-pocket expenses for health care, and this should go a long way to evening that out, leaving more money for women and their families. I'll be saving $50 a month, which means $600 a year. That's a huge chunk of change to dock women's pay for just because they're women. Anyone who is protesting this regulation under the guise of "religious freedom" should be treated like what they are: Assholes who are claiming that Jesus wants them to pay women less for no other reason than they're sexually active. Let's hope that religious wankers who believe you're a slut if you've ever let a penis touch your vagina for any other reason than baby-making get the spanking they both need and deserve. Maybe then they'll finally loosen up.