Did Chris Christie Just Throw Romney Under the Bus? 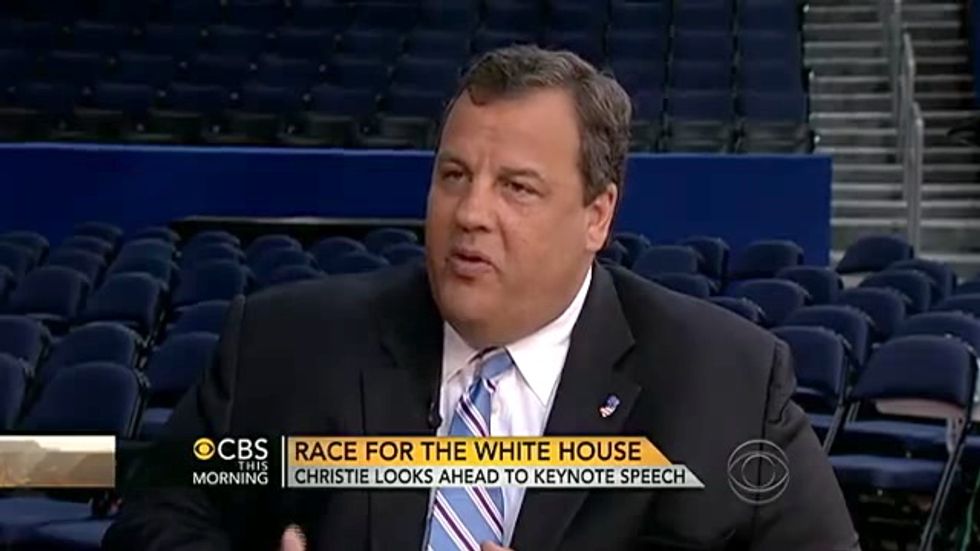 I joined Megan Carpentier and others to live-blog and tweet the convention last night, and will be doing so for the rest of the week. I've already posted at XX Factor about my response to Ann Romney's speech, which was apparently supposed to be a big win for "humanizing" Romney, with little regard for how much trouble he must be in if they need to be like, "Look, his wife loves him!" But I think the speech that confused me the most last night had to be Chris Christie's.

The consensus is that Christie was accepting the 2016 nomination, mostly because the speech barely mentioned the candidate he's supposedly helping to nominate. But it was worse than that; it seemed like he threw Romney under the bus. The speech focused mainly on two sets of people he characterized as greedy parasites with their hands out: schoolteachers and elderly people in need of Medicare. (Which, mind you, they spent their lives paying into.) He said this in Florida. You know, a swing state where the Medicare-drawing population needs to come out for Republicans in order for them to win? Either he's a true believer, or he really hates people who strap their dogs to the top of cars and waits for opportunities to stick the metaphorical knife in the back.

Let's hope it's the former. A lot of the leadership of the Republican Party is rich men who have been stewing in Randian rhetoric for so long that they really have started to believe their own horseshit. What they fail to understand is that the average Republican voter does not actually believe that everyone who accepts government money is a leech. Their voters want to be told that other people---especially single women and people of color---are the parasites and that they are people who deserve every tax break and government dime they get. Any Republican politician who fails to understand the difference has gotten bitten on the ass. Ask George Bush, for instance, how his attack on Social Security went. He did a lot better backing a plan to expand Medicare drug coverage.

I think the problem for Republicans is that a combination of having a black President and finally passing a damn universal health care bill has caused them to turn the volume up on the Randian "parasite" rhetoric, to the point where they forgot to parse these distinctions as well as they used to. It's interesting, because I felt that during the debate over health care, Republican politicians and pundits did a bone-chillingly good job at implying to their base that if those other people---you know, the parasites---get health care, then you will get less health care. We called it the "get your government hands off my Medicare!" attack, and it worked. They  convinced a lot of elderly and middle-aged white people that if Obamacare passed, Medicare would be less comprehensive because there would be all these new patients sucking up resources.

Now the message, per Chris Christie, is that Medicare has to go anyway, because it costs too much. I don't think they're going to like that.