How to Ruin a Remake 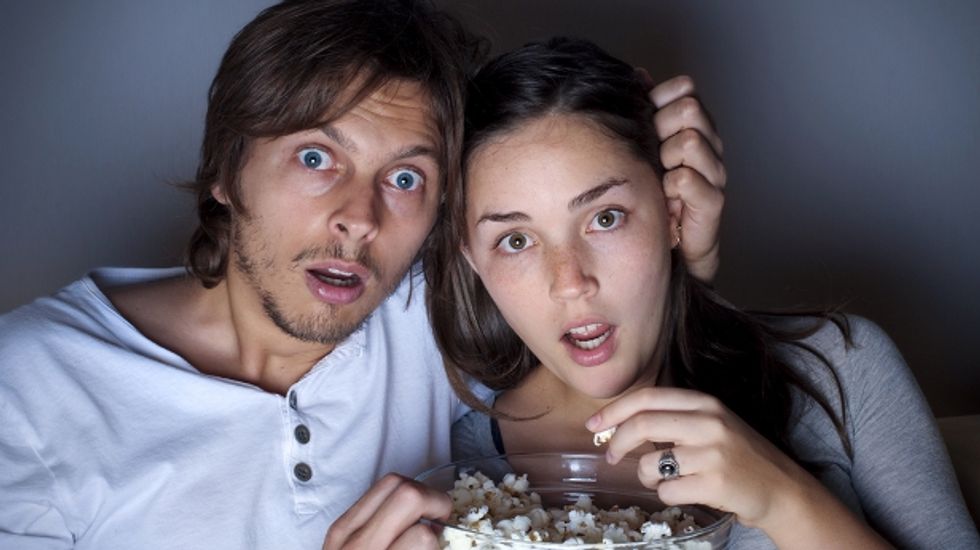 Erik Loomis writes a post observing how British films still often concern themselves with the stories of working class people, but that everyone who falls outside of the realm of the wealthy and the white collar middle class has disappeared from American cinema.

I don’t have many expectations from the big studios that at this point make superhero movies, a few comedies, and official Oscar contending films that 10 years ago seemed to all be about the Holocaust and today seem to be all about old British royalty.

But what about independent film? We supposedly have this vibrant indie film scene in the U.S. One can certainly question its quality (and I very much do) but there are a lot of films being made. And yet the working-class is almost entirely absent. Simple stories of working-class people barely exist. There are probably a lot of reasons for this. Britain of course has a much more honed sense of class consciousness than Americans. And most of these indie filmmakers here probably don’t come from working-class backgrounds themselves and naturally enough tell stories that have meaning to them.

I realize it's trendy to believe that this entire trend was invented by a single showrunner with the nerve to have a vagina who works on HBO, but this has been going on for some time. And, per Girls, it's as endemic to TV as it is to film. (Even Breaking Bad's non-college-educated character, Jesse, is a fuck-up who comes from the upper middle class, and not someone who was born into the working class.) I don't really think the reasons for this, on the studio or indie level, are rooted in just the creator's blindness, though in some cases where very personal stories are being told, that is the case. But overall, I think that Hollywood simply believes that audiences prefer stories about comfortable people, preferably those living in the suburbs, though they will accept some urban living in a pinch.

This bias really became unavoidable to me when I saw the trailer for that new movie "The Watch".

Obviously, the inspirations for the film are myriad and include things like "Invasion of the Body Snatchers", but it's so close to another British film, "Attack the Block", that I have to imagine that it's a remake. Wikipedia says the original script concerned itself with teenagers, which would make it even closer to the British film, but they changed it to be about adults, which raises my suspicions.  So far, I haven't seen any of the filmmakers cop to it, but I'm far from the first to notice the similarities. Except there's one huge difference. See if you can spot it.

Well, besides the awesome little kids who fight back, that is. If "The Watch" writers didn't steal that element, they're nuts. But the only serious difference between the two is that "The Watch" is about upper middle class professionals protecting their suburb from an alien invasion, and "Attack the Block" is about a group of un- and underemployed young people living in a housing project. The main core of newly appointed alien fighters are a group of young men who we first meet when they're mugging a nursing student, who eventually joins up with them to fight the aliens. Just off those differences, you can tell there's going to be a much different point to the stories. "The Watch" looks like it's going to be yet another comedy about ineffectual well-off white men, and the conflict is the catalyst for a story of them gaining some masculine self-respect. In "Attack the Block", there's still an element of proving your toughness, but it takes on an entirely different meaning in the context. The latter also has the advantage of taking place mostly in one building, which makes the sense that the characters are under siege palpable.

The point is, if you're going to remake "Attack the Block"---and remember, the first script for "The Watch" was about much-younger men---there's no reason to shift the action from an impoverished neighborhood to an expensive suburban one. By doing so, you lose a lot. In "Attack the Block", it's easy to believe the characters spring into action like they do, because they're young and full of themselves, but also because they've grown long accustomed to feeling like no one is coming to help them. Because the whole thing is being fought out in a densely populated space, the immediate danger to a large group of people is more keenly felt, as well. Really, the only reason I can think that they changed the setting and the class status of the characters is that Hollywood simply believes that audiences don't care about the stories of people that aren't mostly white, well-off white collar professionals.

The result is entirely predictable: "The Watch" has only got a 35 on Metacritic, in no small part because the critics believe the humor is tired and the story is pointless. Compare that to "Attack the Block", which has a 75 on Metacritic, with the score only being brought down by a handful of critics who were put off by the low-budget sci-fi aspects. Not that stories about upper middle class people aren't interesting, of course. I love a lot of them. But taking a story whose meaning and humor is rooted in this particular experience, scrubbing that experience out and leaving in only the aliens is not the winning formula for great comedy.