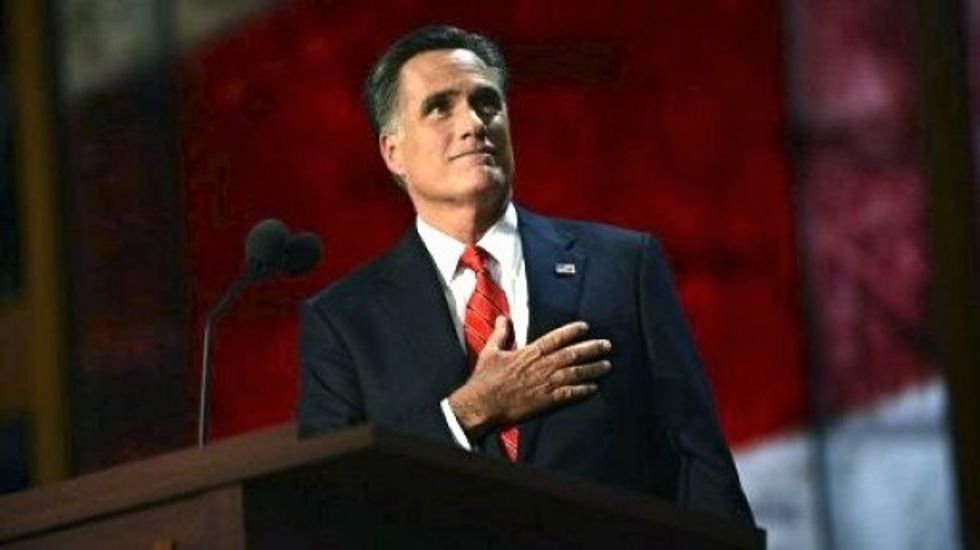 Mitt Romney's claim that half the country is "dependent" and out of control with their "entitled to food" mentality is the gift that keeps on giving. As with calling Sandra Fluke a slut, Republicans know they probably should probably slow their roll, but they can't help themselves. Their belief that Other People are gross, dirty monsters is a belief that just won't be held back, but needs to be set free. Now Mary Matalin is out there claiming that this is good for Romney, because "Americans"---a group that she clearly believes only encompasses half the people that are legally recognized as Americans---totally see that those other non-American Americans are sub-human.

Money quote: "There are makers and takers, there are producers and there are parasites." So, if, for instance, you have to work a part-time job because you have children to look after and can't make enough to pay federal income tax, you are a "parasite". Your work in child-rearing isn't work, but makes you a "taker".  If you work full time for minimum wage cleaning up after rich people, you aren't a real citizen, but simply a tick suckling the blood of the people who actually matter, who do the real jobs while you non-work by scrubbing their floors. I could go on all day, but you get the picture.

Worth noting that Paul Ryan said something just as risible in his State of the Union response last year:

We are at a moment, where if government's growth is left unchecked and unchallenged, America's best century will be considered our past century. This is a future in which we will transform our social safety net into a hammock, which lulls able-bodied people into lives of complacency and dependency.

Basically, he claimed that if you fall on hard time and need food stamps, you are lazing about in a hammock, taking a nap and gloating about how awesome it is that you live in this lap of Ramen noodle luxury while poor Paul Ryan has to take breaks from his workout routine for entire four hour chunks in order to afford his mansion.

The Onion, as usual, does a bang-up job of parodying that which seems too crazy to satirize:

“First and foremost, I would like to offer a heartfelt apology to all the whores, junkies, bums, and grime-covered derelicts out there who make up nearly half our nation,” a visibly contrite and solemn Romney said outside a campaign stop at a local high school. “Let me assure you that I in no way meant to offend any of the putrid-smelling, barefoot masses out there. My campaign is not about dividing this nation, but about bringing all sides together—the rich, elegant members of the upper class, as well as the 47 percent who are covered in flies and eat directly from back-alley dumpsters.”

Of course, Stephen Colbert has to take a crack, and wins the game: