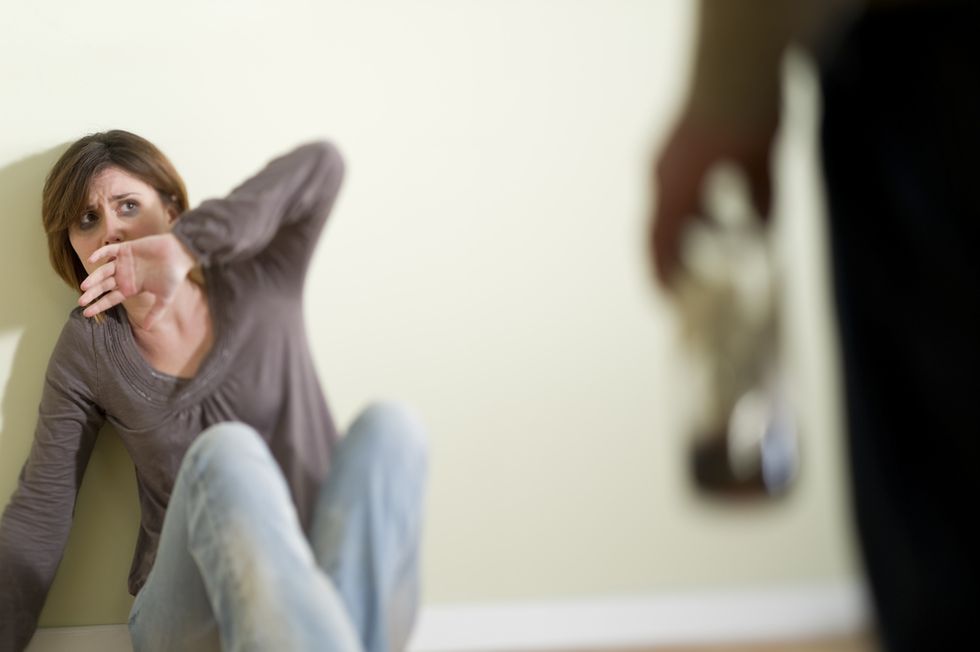 With a plodding inevitability, the thread below a post I wrote about the mentality of abusers turned into an ugly fight debating the mentality of victims. Asking sexist, domineering men to fuck off is apparently too tall an order for this world; the only people who can ever be asked to change are women, even women who have done nothing wrong. Men are immoveable objects, apparently, and women soft playthings whose every move, no matter how innocent and non-harmful, is up for questioning. When a man hits a woman, the question we all want to ask is, "Why did she put her face in front of his fist?"

Well, I reject that. Whole-heartedly. I think that the strategy of asking women what's so wrong with them that they were totally easy to hit like that has been tried and it has failed.  I think it's time to start asking the hard question. Stop asking why she was stupid enough to let him abuse her and start asking why he chose to abuse. It will be hard, actually blaming the people who are responsible instead of the victims, even though the victims are so frequently women and therefore just asking to be blamed for everything. But with some work, I think it can be done. So, I put together a little guide of urges you may have when confronted with domestic violence, why those urges are counter-productive to your supposed goal of reducing domestic violence, and what questions you can substitute instead.

Question: Why did she stay?

What victims hear when you ask that:  Only a stupid person would let it get to the point of him hitting you. You can't let anyone know this happened, or they're going to ask why you stayed. Your pain is already great, and having people imply you're stupid and you did this to yourself will just make it worse. So, you should conceal the abuse and pretend everything is okay. Otherwise, people are going to wonder how you could be so stupid.

What to ask instead: Why did he continue to hit her after he promised he would never do it again? What kind of man does that? Why does lying to someone he supposedly love come so easily to him? Why is hitting her more important to him than keeping his promises?

Question: What's broken with her that she would stay? Doesn't she need help?

What victims hear when you say that: If people find out that he hit me, they're going to think I'm a weird, fucked up, broken person. They will judge me. They won't want to be around me. My kids will become pariahs. I may have trouble getting a job if people find out. My parents will wonder how they failed. I'll be outcast and possibly poor. Better hide the abuse rather than let people decide that I'm some kind of basketcase.

What to ask instead: What's broken with him that he thinks hitting is okay? Why didn't he get help before he gave in to the urge to hit? Why does he think it's okay to hit people if he doesn't get his way? How did our culture thwart so many men that they think that there's something manly about hitting women?

Question: Why does she still love him?

What victims hear when you say that: If you aren't a robot who can turn off your feelings at the drop of a hat, there's something seriously wrong with you. Your confusion and vulnerability makes you unacceptably weak. Better hide the abuse so people don't start to think you're feeble-minded.

What to ask instead: Why does he hit someone he claims to love?

With this helpful guide, you too can stop contributing to an environment where victims linger in abusive relationships, afraid to ask for help because they know that they'll be treated like freaks and pariahs. With practice, you too can start blaming the people who are to blame when domestic violence occurs: The people who make the choice to belittle, beat, stalk, rape, and intimidate. As long as you keep to the program, eventually you too can stop being a contributor to the problem of domestic violence, and start creating a supportive environment that actually makes it possible for victims to leave.

What are you waiting for? There's no reason to not drop the victim-blaming today and start blaming abusers for abusing. The only people who you'll hurt are men who like to hit women. And why should we help them cultivate the environment of shame and fear that keeps their victims with them?