Fine, Would-Be Deadbeat Dads. Here's A Suggestion For You. 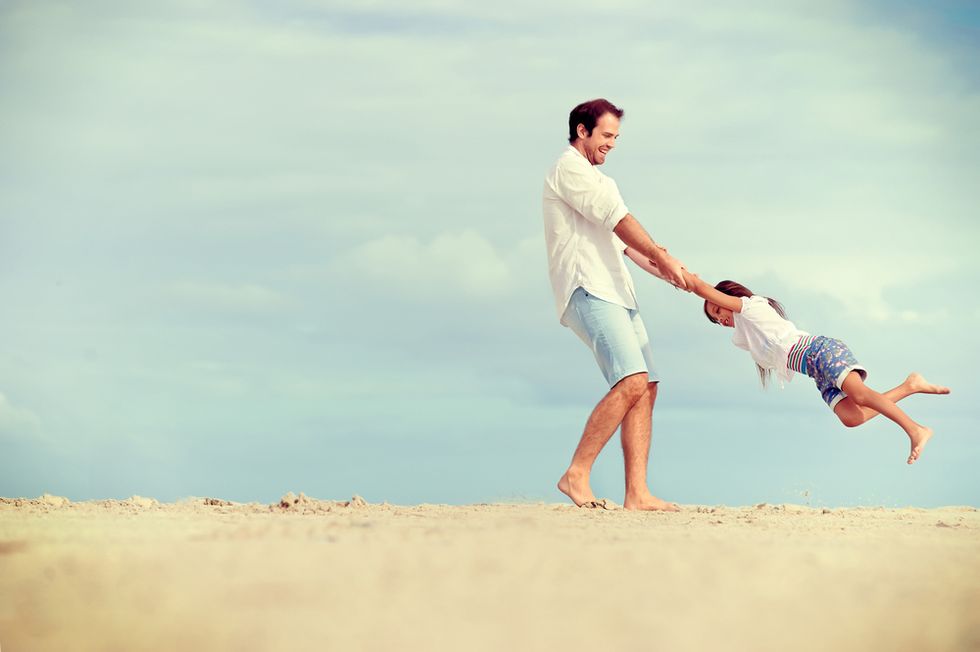 You will get none of this if you get a "paper abortion".

For fuck's sake, I can't believe the NY Times gave space to the tedious argument that because women have been graciously granted their right to reproductive autonomy (actually, it's not even remotely gracious), it's time to deal with the largely imaginary plague of "forced fatherhood", i.e. women getting pregnant and carrying pregnancies to term against the father's wishes, and then suing him for child support. This happens occasionally, though compared to men trying to force women to get pregnant against their wills, it's so rare that it's comparable to shark attacks in its frequency. My main problem with floating the argument that men should be able to get what "men's rights" activists (scare quotes because it's a phrase akin to "white pride" in its purpose and paranoia) call a "paper abortion" is that it's actually a stalking horse for what they really want, which is to be able to terminate child support but maintain their rights as a father to have a role in their children's lives. Focusing on "paper abortions" is a way to soften up an audience to the demands of men who want to foist all the responsibilities of child-rearing onto their exes while still getting to float in periodically to be the big hero who takes the kids to Disneyland once in awhile. If you actually go to "father's rights" forums and websites, you'll find lots of paranoia about sperm-stealing, but the men who are on the forum almost all are divorced and are bitter about writing child support checks while not getting the sexual and house-cleaning benefits of having a wife.

But you know what? I'm sick of this argument, so I propose that feminists go ahead and embrace this "paper abortion" bullshit, even though, unlike real abortion, it's not about bodily autonomy. I believe men should be able to terminate the responsibilities of fatherhood if they meet the following conditions:

You cannot get this if you have met the child, if you willingly let your name be put on the birth certificate, or you tried to visit the child. All those actions will be taken as evidence that you want the benefits of fatherhood without the responsibilities, and if you do that, you get slapped with a child support order.

I suspect 2-3 men will take this offer a year if it becomes law. Maybe even a dozen! I think I can live with that! It's certainly worth taking this hypothetical out of the arsenal of "men's rights" activists who are just floating this hypothetical to establish their real argument, which is that child support is a ripoff and they shouldn't have to pay it to their ex-wives and the kids they deliberately brought into this world.