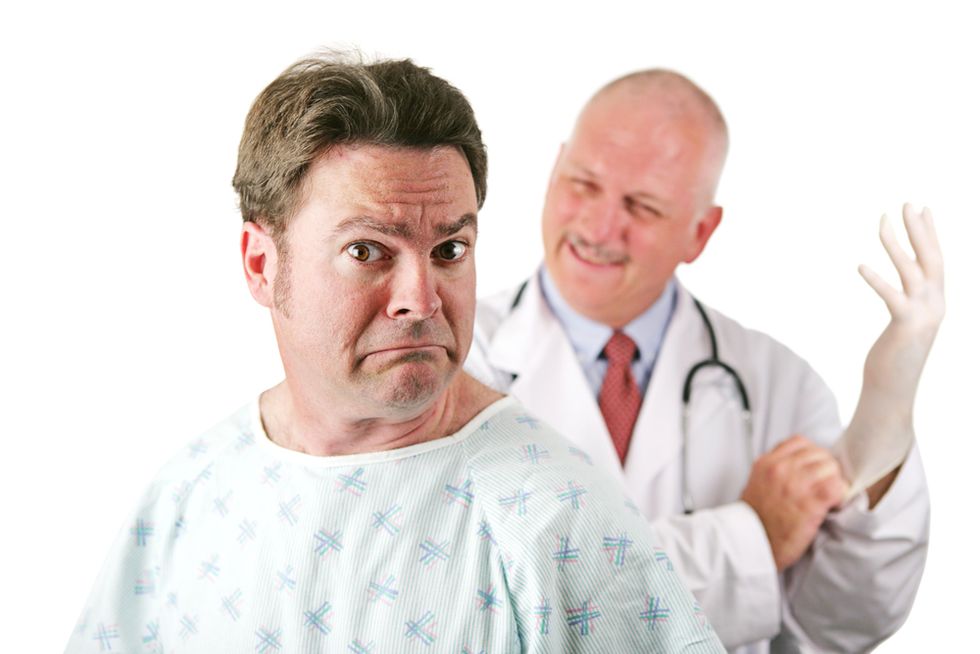 Yes, this exam is expensive and medically unnecessary, but we have to make sure you really want to have that sex.

At XX Factor today, I have a post up explaining how the anti-choice movement is trying to shift gears, because their habit of ignoring women or portraying women who have abortions as dumb sluts isn't winning them any friends. The new strategy is to portray themselves as a consumer protection movement, and women who have abortions as naive young things tricked by slick marketing or something. Of course, they're working off a distorted model, which is what right wingers think consumer protection movements are---irrational people with ulterior motives---instead of what they actually are in most cases, which is evidence-based groups who have strong reason to believe the regulations they advocate for will improve public health and/or the environment. That's why their "we just want to protect women!" narrative doesn't work. Unlike, say, anti-smoking groups, as I argue, anti-abortion groups have no evidence whatsoever that abortion hurts women. On the contrary, it's necessary to have access for women's health. Anti-choicers, then, are more like anti-vaccination activists: Weirdos strange purity issues that are hostile to modern medicine and have taken up a "cause" that will only hurt people's health.

Satire is a great way to expose them for what they are, therefore, which is why I am in love with state Senator Nina Turner (let's hear it for lady state senators this week!) introducing a bill to "protect" men from exploitative doctors who claim they're just trying to help men have safe, happy sex lives.

Before getting a prescription for Viagra or other erectile dysfunction drugs, men would have to see a sex therapist, receive a cardiac stress test and get a notarized affidavit signed by a sexual partner affirming impotency, if state Sen. Nina Turner has her way.

Under Senate Bill 307, men taking the drugs would continue to be tested for heart problems, receive counseling about possible side effects and receive information about “pursuing celibacy as a viable lifestyle choice.”

“Even the FDA recommends that doctors make sure that assessments are taken that target the nature of the symptoms, whether it’s physical or psychological,” Turner said. “I certainly want to stand up for men’s health and take this seriously and legislate it the same way mostly men say they want to legislate a woman’s womb.”

Anti-choicers cannot support restrictions on abortion in the name of "women's health" without also restricting men's access to Viagra in the same way.  Many men regret their sexual decisions, after all, and so they need time to think very carefully about whether or not they really want to have this sex that Viagra assists. Getting counseling and biased anti-sex information is only about making sure they understand the alternatives!

What I really like about this is Turner does a bang-up imitation of the faux concern that anti-choicers exhibit for women while looking for ways to take our rights away. I hope this bill of hers gets more attention.