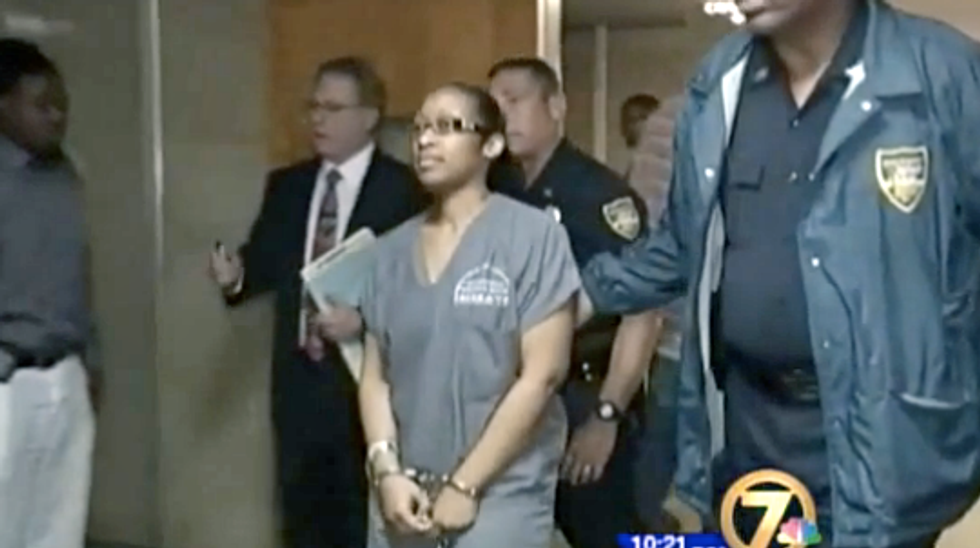 A Florida woman will get a new trial after she was sentenced to 20 years for firing a warning shot in the wall during a dispute with her ex-husband.

The 1st District Court of Appeal ordered the retrial after ruling a judge had not properly instructed the jury that convicted Marissa Alexander.

But the appeals court decided the judge properly blocked Alexander from using the state’s “Stand Your Ground” law in her defense.

The 33-year-old Jacksonville woman said she fired the bullet into a wall in 2010 to scare off her husband because he was threatening her.

A jury rejected her self-defense claim and convicted Alexander of discharging a firearm, triggering the 20-year term under the state's mandatory minimum guidelines for gun crimes.

A spokesman for the Jacksonville branch of the National Association for the Advancement of Colored People said he was overjoyed.

“She was overcharged,” said Isaiah Rumlin, of the NAACP. “It never should have gotten as far as it did.”

No new trial date has been set for Alexander, who has already served 16 months of her original sentence.

A state senator has asked the clemency board to pardon and release Alexander, but her case was not on the board's agenda at its meeting Wednesday.