Glenn Beck to Ted Cruz: 'John Cornyn, piece of crap or what?' 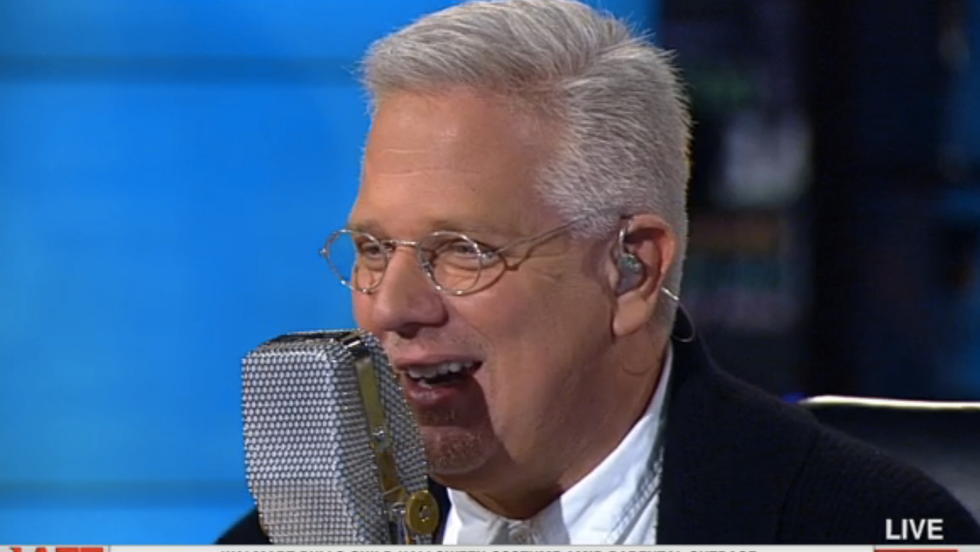 Right-wing commentator and former Fox News star Glenn Beck vented his ire on so-called "establishment Republicans" During his telephone interview with Texas Sen. Ted Cruz (R) on Friday. Coming in for special scorn from Beck were GOP Senators who declared their intention to vote in favor of cloture on House Republicans' challenge to the Affordable Care Act, also known as Obamacare.

Cruz was appearing after resting up from his 21-hour faux filibuster of Obamacare in which he held the Senate floor in a mostly empty chamber and declaimed the health care plan while also finding time to read Green Eggs and Ham by Dr. Seuss for his daughters watching at home, and to give shout-outs to "Star Wars" and actor Ashton Kutcher.

Many less extreme Republicans have deplored Cruz's tactics in the media, dreading the idea that the Republicans will get blamed for a federal government shutdown.

"You know, Glenn, actually I’m not," Cruz said. "Everyone who wants to preserve the status quo, everyone who is not willing to fight to defund Obamacare, what they’re trying to do is they want to change the subject and then the most common tactic they like is to change the subject and make it all about personality, make it about personal attacks and so, you know, the two things you’re pointing out are connected."

Later in the interview, Beck went after Cruz's Republican colleague from Texas, Sen. John Cornyn, who has declined to support Cruz's scheme of shutting down the government to stop Obamacare, saying, "Now let me ask you this: John Cornyn, piece of crap or what?"

Cruz chuckled and backed away from the remark quickly.

"I like John. He’s a friend. He and I have been side by side on the vast majority of issues. I think he’s wrong on this," said Cruz.

Watch the video, embedded below via GlennBeck.com: