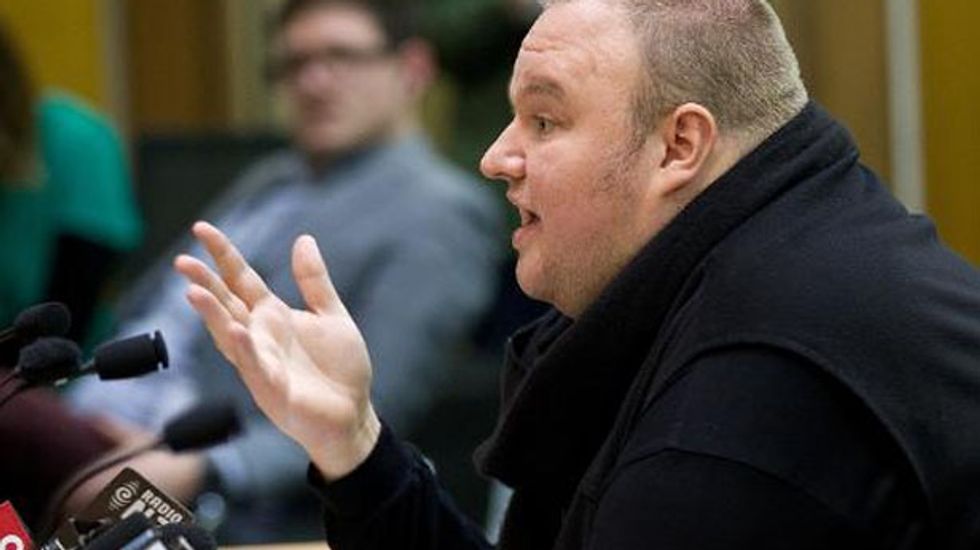 Emirates Team New Zealand -- facing a struggle to stay afloat after its epic failure in the America's Cup -- was offered an unlikely financial lifeline Friday from Internet mogul Kim Dotcom.

The sailing team faces the prospect of losing its public funding in the wake of this week's loss to Oracle Team USA, when it squandered an 8-1 lead to lose the regatta 8-9 in a result that has been described as one of the biggest chokes in sporting history.

With Prime Minister John Key refusing to guarantee that the government will repeat the NZ$36 million (US$30 million) contribution it made to Team NZ's San Francisco campaign, Dotcom said he was ready to step into the breach.

"Prime Minister John Key says no more funding for Team NZ? I say #Mega will become a Team NZ sponsor & we will win next time. #AmericasCup," tweeted the flamboyant businessman, who is on bail in Auckland awaiting an extradition hearing on US charges of online piracy.

Dotcom's offer may have been tongue-in-cheek, as he estimates his legal bills will top $50 million, but the chances of the New Zealand taxpayer bankrolling another Team NZ tilt at sailing's top prize are equally slim, according to commentators.

The public money was granted on the prospect of New Zealand winning the Cup and receiving a NZ$500 million economic boost when it hosted the next edition of the glamour regatta in Auckland.

The Dominion Post newspaper said that Team NZ had done the country proud against a heavily favoured US rival backed by the financial might of Oracle software billionaire Larry Ellison.

"Kiwi sports fans have enjoyed a wild ride," it said in an editorial. "But the government should quit the field and leave it to those rich and foolish enough to tackle the world's fifth richest man (Ellison)."

The New Zealand Herald took a similar tack, saying Auckland had already benefitted from hosting the Cup in 2000 and again in 2003, with much of the city's waterfront redeveloped and a hi-tech sailing industry emerging in the country then.

It said there was little more to be gained from hosting the regatta again, adding: "No matter where the Cup goes, our marine industry and sailors have made their reputations with it."

Another cloud on the horizon for Team NZ is the likely departure of managing director Grant Dalton, who has been at the helm for a decade and is credited with raising the corporate and government funds that made the 2013 challenge possible.

After the shattering loss in San Francisco, he admitted he lacked the energy for another campaign and raised doubts the 100-strong team, which includes specialist designers, engineers and boatbuilders as well as sailors, could be kept together.

"I always felt that it would be difficult for the team to stay together, particularly financially. There's probably the will there but I've probably done my time,'' he told reporters.