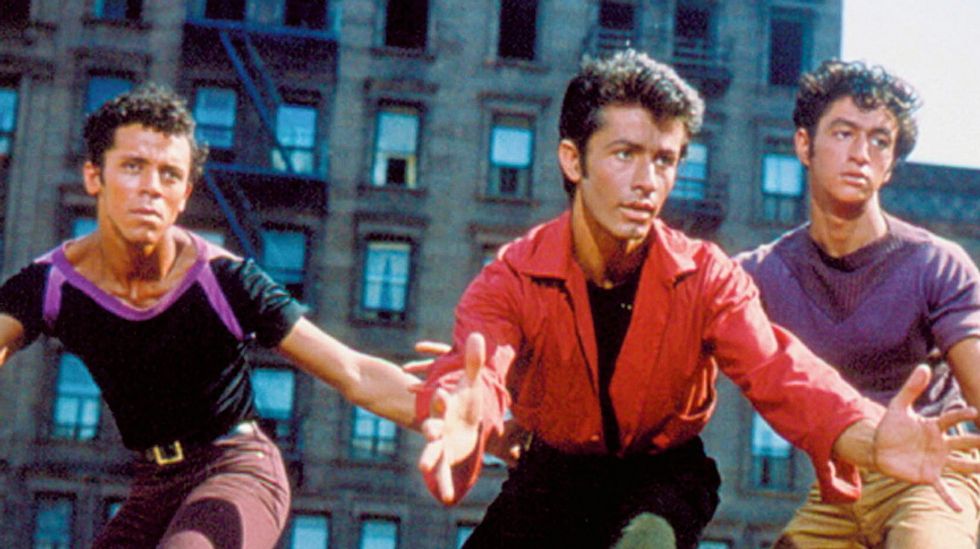 It is regularly judged one of the best musicals of all time, yet West Side Story, with its famous Leonard Bernstein score, came close to being abandoned before it reached an audience.

A new, comprehensive collection of Bernstein's letters, most of which have never been made public before, will reveal next month that the extent of bad feeling between the composer and the playwright Arthur Laurents put the whole production in serious jeopardy.

The correspondence, to be published by Yale University Press and edited by British musicologist Nigel Simeone, contains a 1949 letter from Laurents to Bernstein that clearly refers to a recent threat by the composer to pull out of the project. "I'm sorry you've decided not to do the show," writes Laurents, who goes on to observe that "hostility had popped up" between them.

West Side Story, which contains the hit songs America and Maria and is now credited with changing the shape of musical theatre, was dropped until friends persuaded the composer to return to it years later.

The British composer Matthew Taylor, who studied with Bernstein, believes there are many reasons to be grateful that the composer changed his mind. "The show is perhaps the culmination of the talents of one of the greatest musicians of the 20th century. It transcends genres and, amazingly, although it is based on Shakespeare and set in the 1950s, the music fires up children from all sorts of difficult backgrounds, even today," he said.

Taylor recalls Bernstein enjoying the 30th anniversary of the show in the late 1980s, saying he found it "as fresh as Mozart". "Although this was quite a thing for anyone to say, we had to agree," said Taylor.

The idea for West Side Story dated from 1947 when choreographer Jerome Robbins approached both Bernstein and Laurents about a modern musical adaptation of Romeo and Juliet. The plot would centre on conflict between the Irish Catholic community and the Jews living on the Lower East Side of Manhattan. Laurents's first draft was called East Side Story, but Bernstein is thought to have been disappointed by a lack of originality in the themes and to have disagreed with Laurents about whether it should be a piece of lyric theatre, or an operetta, as Bernstein would have preferred. Simeone's book shows that by 1955, however, Bernstein had again committed himself to the musical.

Mediation by Robbins, his great theatrical collaborator, now appears to have been the key to mending the relationship with Laurents, who was later to write the musical Gypsy with composer Jule Styne. The involvement of the young lyricist Stephen Sondheim cemented plans for a story about rival Puerto Rican and Polish-Irish gangs.

Around a third of the correspondence comes from the composer's archive held at the Library of Congress in Washington DC and made available only three years ago. After Bernstein's death in 1990, the family sealed many of his personal documents, but now details of his complex personal and political life, as well as his musical career, will be made public.

The letters show that, although a devoted parent, Bernstein had love affairs with men and attracted the attention of the FBI, while enjoying the celebrity lifestyle of a renowned composer and conductor. His emotional life is laid bare in the letters he exchanged with the musicians to whom he was closest, including fellow composer Aaron Copland. His courtship of the Chilean-American actress Felicia Montealegre was slow, not only because of her acting ambitions, but because of her clear understanding of his sexuality. "You are a homosexual and may never change," she wrote to him in 1952, the year after their wedding. "I am willing to accept you as you are, without being a martyr or sacrificing myself on the LB altar."

"He was a very complicated man," Simeone has said. "That's one of the really intriguing things to emerge from the letters in general are the contradictions, the self doubt – things you don't associate with the public persona of Bernstein."

The composer was not summoned to give evidence to the House Un-American Activities Committee during the McCarthy era, but when he tried to renew his passport in the early 1950s obstacles were repeatedly put in his path. Letters to friends and his brother Burton show how upset he was to find his status as a US citizen officially questioned. In the summer of 1953 he had to send a sworn affidavit to the state department to prove his loyalty to the United States of America. He had to list all the organisations to which he had belonged at any time. Other additions to the history of 20th century musical theatre in Bernstein's letters include details of his interest in making a show about the life of the Argentinian leader Eva Perón, 25 years before Andrew Lloyd Webber and Tim Rice had their success with Evita.

Marin Alsop, conductor of this year's Last Night of the Proms and a former pupil of Bernstein's, said this weekend that she did not know about the creative differences that put the show at risk: "Bernstein elevated musical theatre to a very sophisticated art form and clearly influenced composers like Stephen Sondheim, giving them courage to bridge the ground between it and opera."