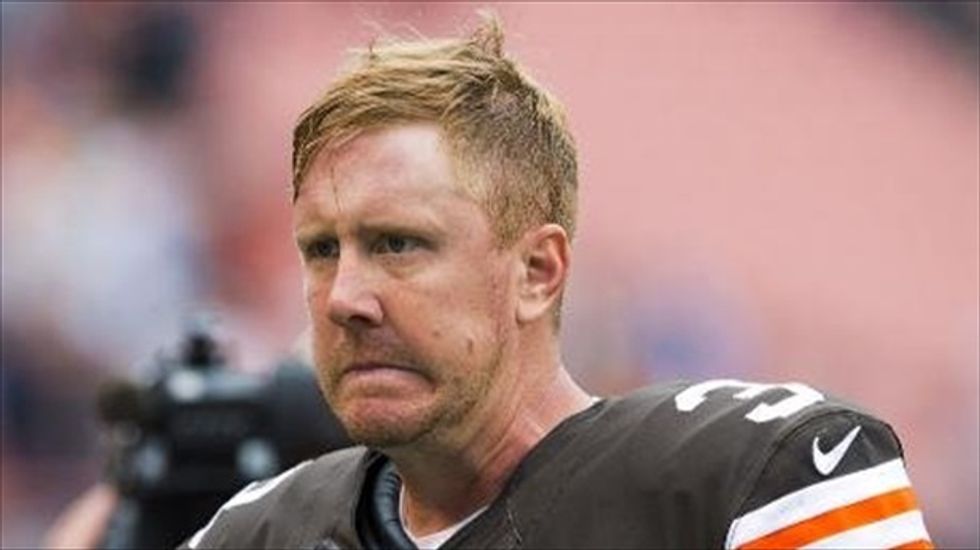 Quarterback Brandon Weeden of the Cleveland Browns reacts after the game against the Detroit Lions at FirstEnergy Stadium on Oct. 13, 2013. [AFP]

One fed-up Browns fan thinks it's time for a change at quarterback in Cleveland, so he put a help-wanted advert on Craigslist seeking a replacement for Brandon Weeden.

"Have you played pro football? College ball? Highschool? Pee-wee?" the posting on the classified ad website asked, going on to imply that even experience with the Madden NFL video game could qualify someone for the job.

"Do you sort of kind of know some of the rules of football? If yes keep reading. If no ... well also keep reading! We will take ANYONE."

Weeden regained the starting quarterback job after Brian Hoyer, who had sparked the hard-luck Browns to their best NFL start in 12 years, tore ligaments in his right knee earlier this month.

Hoyer, who had replaced Weeden at the helm, will miss the rest of the season.

Weeden has thrown for 1,005 yards and four touchdowns this season.

The Browns are 3-3, but haven't managed the consistency fans of the perennial stragglers crave.

They led 17-7 at halftime against Detroit on Sunday, but lost as Weeden fell apart in the second half, attempting a shovel pass that was intercepted by Lions linebacker DeAndre Levy. Detroit won the game 31-17.

The Craigslist ad posted on Monday is just the latest public cry of agony from a long-suffering Browns fan.

In July, the obituary of lifelong Browns supporter Scott E. Entsminger, published in the Columbus Dispatch of Columbus, Ohio, requested six Browns players as pall bearers "so the Browns can let him down one last time".