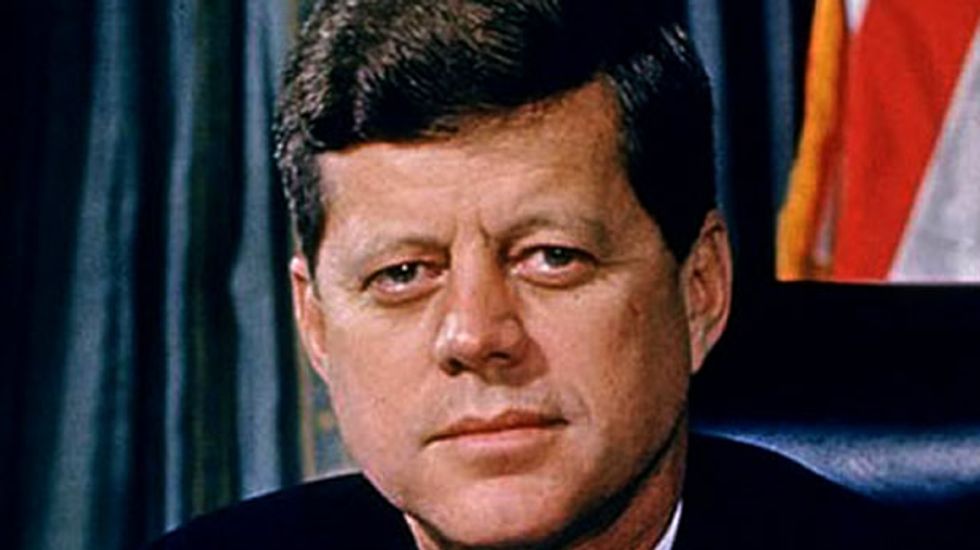 In End of Days: The Assassination of John F. Kennedy, set to be released on November 12, author James Swanson writes that "[n]ot all the evidence from the assassination is at the National Archives. One unique, macabre item from the collection is missing — President Kennedy’s brain."

During the autopsy of President Kennedy's body, performed at Bethesda Naval Hospital, his brain was deposited in a screw-top stainless steel container which was then stored by the Secret Service. The container was later taken, along with other medical records, to the National Archives and "placed in a secure room designated for the use of JFK’s devoted former secretary, Evelyn Lincoln, while she organized his presidential papers."

In an interview with the Post, Swanson said that at some point, the brain was removed from the National Archives. "In October 1966, it was discovered that the brain, the tissue slides and other autopsy materials were missing — and they have never been seen since," he said.

The Attorney General at the time, Ramsey Clark, ordered an investigation into the missing brain, which uncovered "compelling evidence suggesting that former Attorney General Robert Kennedy, aided by his assistant Angie Novello, had stolen the locker" in which it had been stored.

President Kennedy is known to have suffered from Addison's disease, a disease of the adrenal glands in which insufficient amounts of steroid hormones leave the afflicted, among other things, chronically fatigued and prone to infection. This made surgical treatment of his spine -- which he'd injured early in life, and re-injured during the Second World War -- very difficult, and Swanson suggests that Robert Kennedy may not have wanted it to become public knowledge that his brother may have been managing his back pain while in office, in addition to his Addison's.

[Image via Alfred Eisenstaedt of the White House Press Office]