Bernie Sanders tells Ed Schultz: Southern Democrats are tired of being abandoned by the party 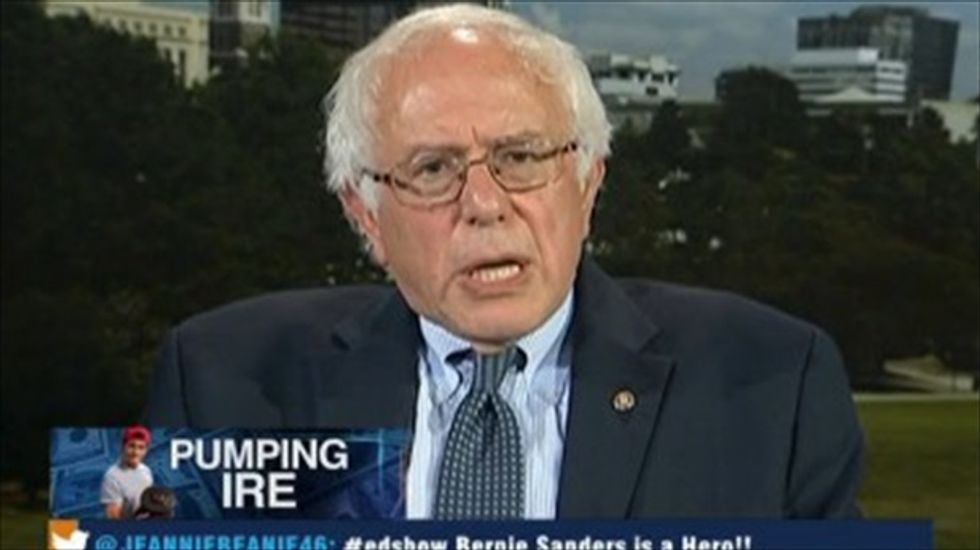 Sen. Bernie Sanders (I-VT) made the case for a broader progressive push in an interview with MSNBC host Ed Schultz on Friday, saying his recent sojourn into southern states showed him there was still a Democratic base in a region usually known for supporting Republicans.

"I've been meeting with unionists, independents, progressive Democrats," Sanders explained via satellite from Columbia, South Carolina. "And they are tired of being abandoned by the national Democratic party. They want some help, and they believe that with some help they can start winning in these conservative states."

One cause for concern, Sanders explained to Schultz, was seeing many white, working-class voters in "low-income states" like Georgia, Alabama and South Carolina voting against their own best interest.

"These are guys getting hung up on gay marriage issues," Sanders told Schultz. "They're getting hung up on abortion issues. And it is time we started focusing on the economic issues that bring us together: Defending Social Security, defending Medicare, making sure that Medicaid is not cut, that veterans' programs are not cut."

Sanders was in South Carolina as part of a tour of southern cities in advance of upcoming budget negotiations he will be a part of, designed to help lawmakers avoid waiting until the 11th hour again before avoiding another government shutdown or risk sending the country into default. Schultz pointed out that nine of the Republican lawmakers tapped to be part of those talks voted against the bipartisan agreement to end the shutdown.

"How are you gonna work with them?" Schultz asked Sanders. "They were ready to allow the United States government -- our country -- to default on its' debt."

"You make the case that maybe -- just maybe -- they might want to be listening to what ordinary Americans are saying in overwhelming numbers," Sanders argued. "And not listening to the Koch brothers and other billionaires."

Watch Schultz's interview with Sanders, aired Friday on MSNBC, below.