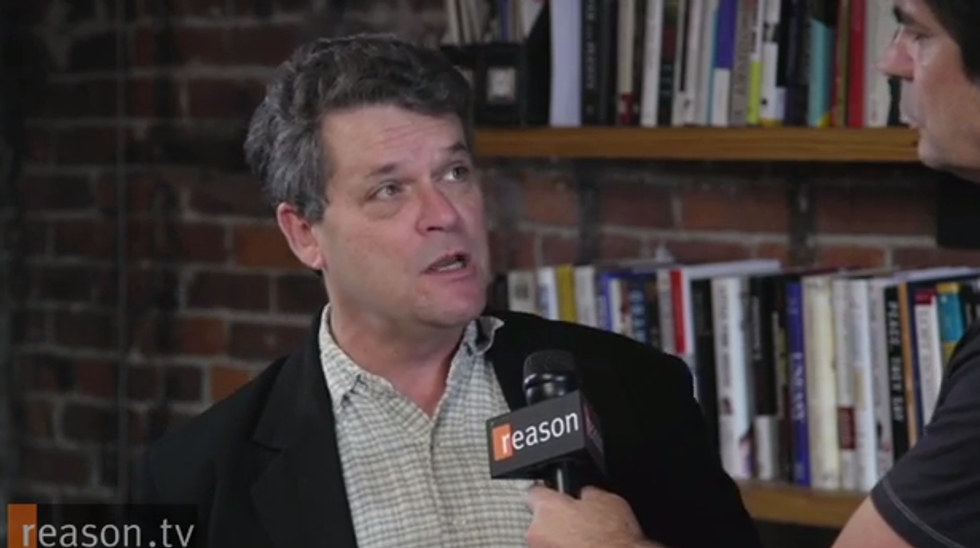 The alternative comic book artist Peter Bagge says he wrote his latest book to clear up some misconceptions about a founder of Planned Parenthood.

Bagge recently published Woman Rebel, a graphic biography of Margaret Sanger, whose efforts to spread information about birth control in the early decades of the 20th Century have earned the ire of anti-abortion activists in this century.

But Bagge, a libertarian who describes himself as pro-choice, says that Sanger, contrary to current popular belief, opposed abortion.

“There’s even a meme online that she is the quote-unquote inventor of abortion,” Bagge says in an interview with Reason TV’s Nick Gillespie. “The surprising truth is that she was a lifelong opponent of abortion, her whole life.”

He says that, ironically, the misconceptions about Sanger’s views are promoted by pro-life groups to demonize the nominal founder of the women’s health organization Planned Parenthood.

Those groups also hype Sanger’s belief in the progressive-era theory of eugenics, which Bagge says has become synonymous with fascism and Nazism.

“During the progressive era, especially in the 1920s, when eugenic thought was at its peak, it was much more wide-ranging that that,” Bagge said. “There weren’t very many people who did believe in it along very specific racial lines.”

He says Sanger accepted the views of eugenics promoters to help promote her ideas about birth control among “men of science.”

“She wouldn’t rule out forced sterilizations in extreme situations,” Bagge said. “’Extreme,’ in her case, how she would define that is, a destitute woman who is, like, extremely mentally incapacitated and neither her or her family have any way of raising a child.”

In those early decades of the 20th Century, Bagge points out, disseminating information about birth control was illegal and considered a sordid topic.

But he says opposition to birth control then shares a common trait with present-day arguments against abortion and contraception.

“I’m sympathetic to people who are against abortion, how they perceive of it as murder or some type of murder,” Bagge said. “I can understand that; I’m sympathetic to that, but for an awful lot of people, too, their opposition to it is part of this much deeper-rooted opposition to birth control and that has a lot to do with wanting to control other people’s behavior.”

“Birth control gives people license to express themselves sexually in a free manner, and many people are opposed to that,” he said. “It’s all part of this strange compulsion that I would say most people have to micromanage people’s lives.”