Did Gay Marriage Provoke A Conversation About No Marriage At All? 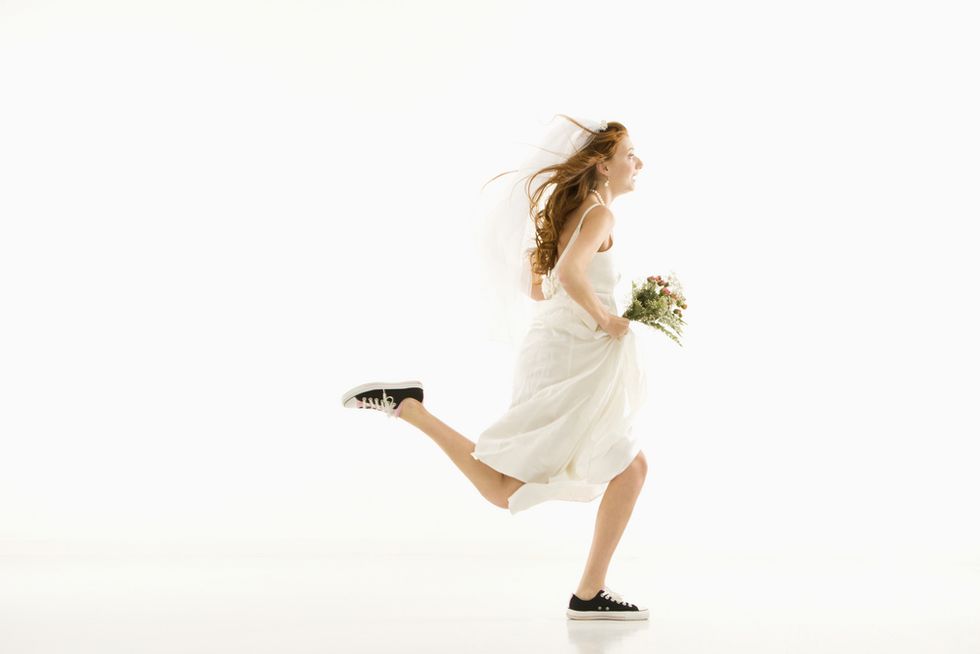 I've followed with some interest in the past couple of decades the debate within gay rights circles over whether or not marriage equality should be a priority or even an issue at all. There's a lot of points in the debate, but one argument from the opponents of prioritizing marriage equality is that it will reinforce the power of the institution of marriage right when we should be dismantling it. As someone who firmly agrees with the radicals that we need to create a post-marriage society where your economic well-being, health, and access to services is not tied to who you sleep with,* I found these arguments concerning. However, the reality, as gay marriage becomes popular and more states legalize it, is that things are complex. Both the people who worry about the crush of conformity and the people who see the marriage issue as the perfect "in" to talk about other concerns have seen some of their predictions come true.

The New York Times has an article out today about gay couples who don't want to get married, and I think it's safe to say that without the gay marriage debate, there's little chance that there would be a prominent article in the Times where people get to make some of the best arguments against the institution of marriage altogether. Here's a sample:

“It’s a very, very archaic model,” said Sean Fader, 34, an artist in New York who is single and asked to be identified as queer. “It’s this oppressive Christian model that says ‘Pick a person that’s going to be everything to you, they have to be perfect, then get a house, and have kids, and then you’ll be happy and whole.' ”....

But some gay couples still see marriage as inherently unfair and out of date. Stephanie Schroeder, 50, and her girlfriend, Lisa Haas, 49, who live together in Bushwick, Brooklyn, said they believed marriage privileges couples and stigmatizes singles.

“I don’t want to deny anybody the right to marriage,” Ms. Schroeder said. “But I don’t really want it to exist.”

And Jack Halberstam, 51, a transgender professor at the University of Southern California, said he viewed marriage as a patriarchal institution that should not be a prerequisite for obtaining health care and deeming children “legitimate.”

“For people in the ‘60s, ‘70s and ‘80s, there was a feeling that L.GB.T. people can do better than marriage, that relationships can be more egalitarian” when built around untraditional families, said Mary Bernstein, a professor at the University of Connecticut and an author of “The Marrying Kind?” which examines the marriage debate in the gay rights movement.

What's important to understand is none of these arguments are exclusive to queer people, something that is mentioned in passing in the article. Obviously, the fact that gay people have been marginalized and marriage was off the table until recently means that a lot more of them seriously question the institution of marriage, so it makes sense to frame the debate about marriage itself in this way. But these are arguments that everyone should be having, not just gay people. Why is health care access tied to marriage? Can a patriarchal institution that was literally set up for the purpose of giving men total control over women's bodies ever be reformed, or would it be better to scrap it? How can the ideals of romantic love be reconciled with the fact that marriage is literally constructed to be a trap?

I think it's safe to say that because gay marriage is, in fact, a challenge to "traditional" marriage, the growing acceptance of it has contributed to a strange both/and situation. Marriage is being romanticized and questioned more. This isn't just because of same-sex marriage, either. There's a volatile shift in what weddings and marriage mean in our culture overall. There's explosive growth in the wedding-industrial complex, but that, too, is causing people to think harder about why we get married at all. Like this Aziz Ansari clip from his upcoming Netflix show that posits that, without the romanticization of weddings, we would be more able to see how creepy and frankly sexist the institution really is:

The conversation is spilling out of the queer and feminist circles that it used to be exclusive to and is coming into the mainstream. That has to be a good thing, and it's funny that the gay marriage debate laid the groundwork to question the existence of marriage itself.

*Which isn't to say I begrudge anyone for getting married. It's a sensible decision to conform to social norms when said norms confer so many benefits. We all have to balance our rebellious urges with our urges to survive and thrive.