Evangelical minister: Church leaders who supported Obama should resign -- especially the black ones 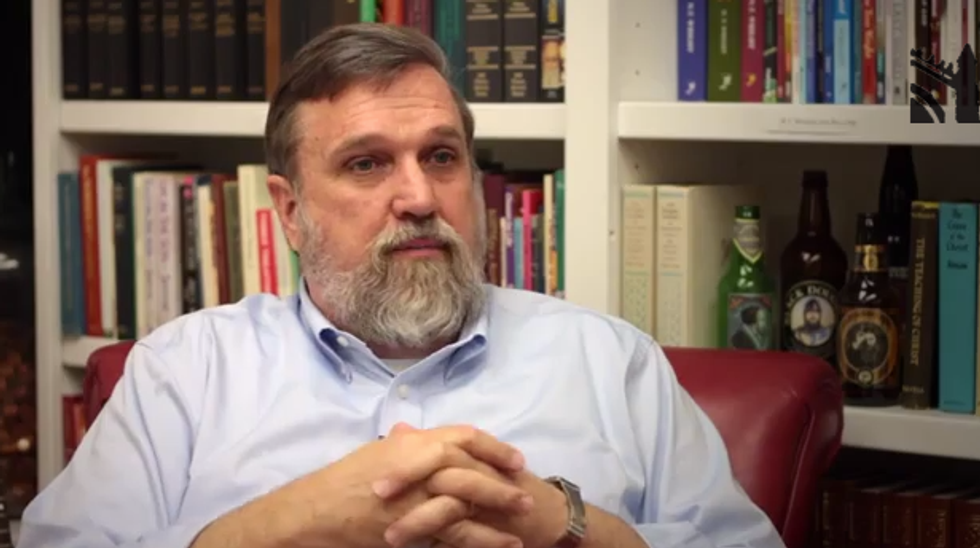 An evangelical minister says church leaders who supported President Barack Obama in his last successful bid for the White House should resign.

“Any evangelical leader — by which I mean someone like a minister or an elder — who voted for Obama the second time, is not qualified for the office he holds, and should resign that office,” Wilson wrote in an Oct. 14 blog post. “Unless and until he repents of how he is thinking about the challenges confronting our nation, he should not be entrusted with the care of souls.”

Wilson, who’s known for his books on Christian theology and his debates on religion with the late atheist Christopher Hitchens, suggested there may be other reasons why supporting Obama could disqualify church leaders, but he said he’d focused primarily on the president’s “radical pro-abort position.”

Drawing a link between Margaret Sanger, the Planned Parenthood founder, and the then-respectable eugenics movement she aligned herself with to promote contraception use in the early 20th Century, Wilson singled out black officials who supported Obama as particularly ill-suited to lead congregations.

“Not only must the dignity of human life be upheld by white and black Christian leaders alike, to the extent we may allow any differences, it should be to expect a greater vehemence in opposing abortion (in the person of its advocates and enablers) from black leaders,” Wilson wrote. “This is because it is their people who are being disproportionately targeted by the white Sangerites. And a black Christian leader who cannot identify a Sangerite is a rabbit leader who does not know what a hawk looks like.”

“A generation later, it is easy for us to cluck our tongues at the German leaders who did not see what Hitler was doing, but it is very hard for us to see our complicity in things that are every bit as atrocious,” Wilson wrote.

Conceding that, “according to Internet law, the first one to make the Nazi comparisons loses,” Wilson argues that an appeal to Godwin’s law could be appropriate when referring to actual instances of genocide -- such as Cambodia’s killing fields, Rwandan slaughter or legalized abortion.

“Killing babies is no trifle, and any Christian leader who acts as though it is a trifle should not be in the position he is in,” Wilson said.