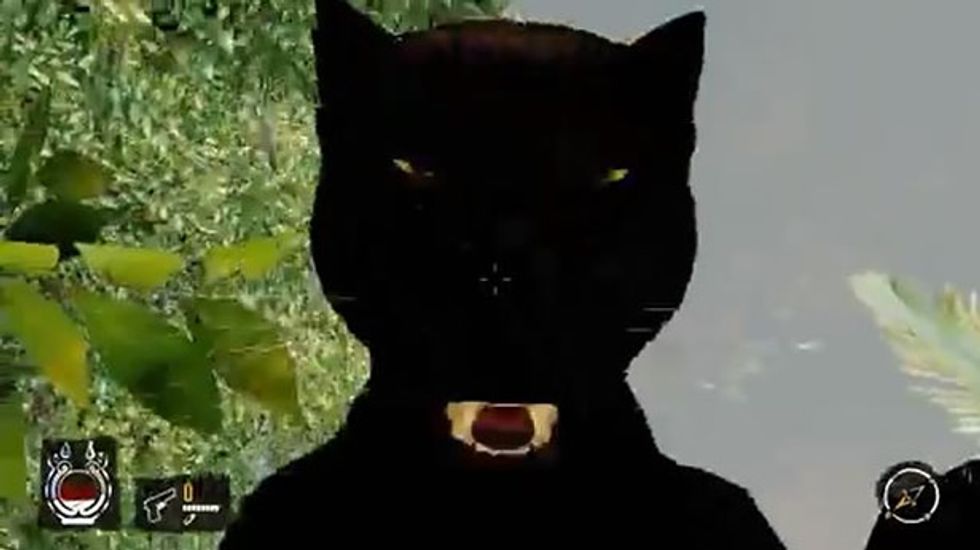 Over the weekend, one of the top online game reviewers, an Englishman named John Bain, had a review removed from YouTube because of a copyright complaint from Wild Games Studio. Bain, who reviews under the name "TotalBiscuit," had uploaded a video about Wild Game Studio's first-person survival game Day One: Garry's Incident in which he criticized almost every element, from the graphics to the game-play to the available menu selections.

"I just feel that companies that don't have enough practice should, under no circumstances, be attempting something as complex as an open-world first-person survival game," he said in his review. "Because it will just be dreadful, and this game is astonishingly bad."

Bain admits that some people might "grin and bear it, because there aren't that many games in this particular genre, and but this is just awful -- and what? Where did that come from? Behold! The worst textured panther in the history of video games!"

Wild Game Studios found his review objectionable and issued a copyright complaint on the grounds that Bain "has no right to make advertising revenues with our license." This spokesman for the developer, "Stephane," is referring to the fact that Bain's YouTube videos contain advertising, a fact which was well-known to Wild Games Studio before it provided him with the review copy of the game.

On Twitter, Bain said that he is "[g]iving them til Monday to respond before going nuclear. It should be pointed out that US Fair Use doctrine exists in particular to protect criticism from being censored in such a way."

"This highlights a wider problem and an issue that must be addressed. Look at how easily a company was able to censor the most-watched and prominent critique of their game by abusing YouTube's copyright claim system," Bain continued. "Look at how they were able to completely flaunt the notion of networks policing their partners and using a shoot first, ask questions later form, to deny revenue to someone who they didn't like."

Bain uploaded a video about the controversy late last night.

Watch Bain's review of Day One: Garry's Incident below.

► WTF Is... - Day One Garry s Incident by GaMeFORGaMeRz