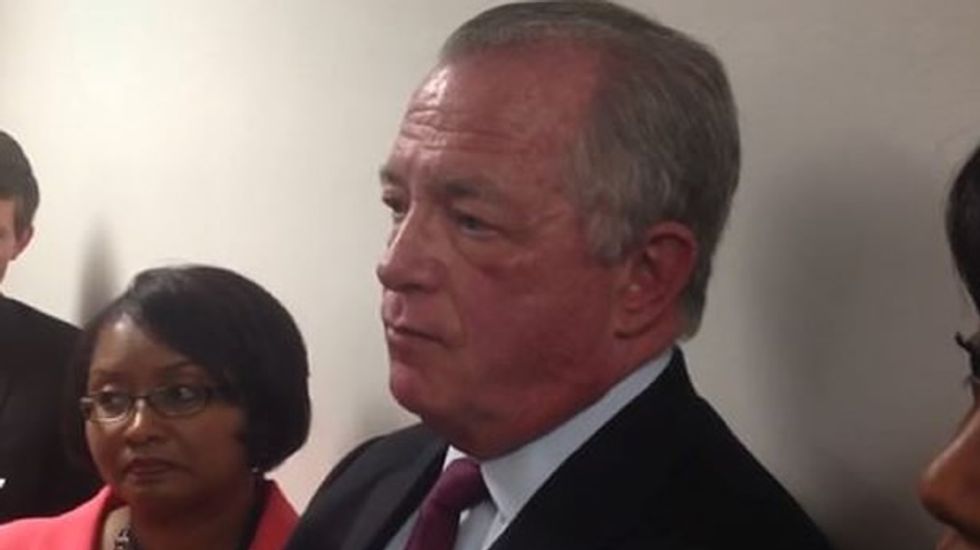 Another lawsuit has been filed in the case of an embattled state representative in Kentucky. In September, state Rep. John Arnold (D) resigned after two women filed ethics charges against him for sexual harassment which, they claimed, had gone unchecked for years.

Yolanda Costner, one of the complainants, said that Rep. Arnold "inappropriately groped [her] buttock, grabbing her underwear and almost causing her to fall backwards down the stairs." When she spoke up, he allegedly responded "I just could not resist grabbing those fancy red lace panties."

She also alleges that Arnold's behavior was known to members of the Legislative Research Commission, and accuses her former employer, state Rep. John Will Stacy (D), of telling her that "Arnold was harmless and laugh[ing] off the incident."

Costner also claims that when she asked Arnold not to smoke in her non-smoking office, he replied "Don't start that s**t with me! Keep your damn mouth shut about my smoking and mind your own damn business."

The Legislative Research Council, which is tasked to investigate claims like Costner's, is also under fire. Nicole Cusic, a former staff member, claims that state Rep. Will Coursey (D), who sits on it, "engag[ed] in sexually harassing behavior toward interns." Late last week, Coursey responded, claiming that any sexual harassment was Cusic's fault:

The damages complained of by the plaintiff, that is being shunned, humiliated, degraded, alienated and constantly uncomfortable are the result of her own actions in describing, in detail, her sexual exploits in front of other LRC workers, representatives, senators and visitors.

It is unclear at the moment whether the Legislative Research Council will respond to the Arnold case now that he has resigned.

Watch a video of Arnold responding to questions about the harassment allegations below.