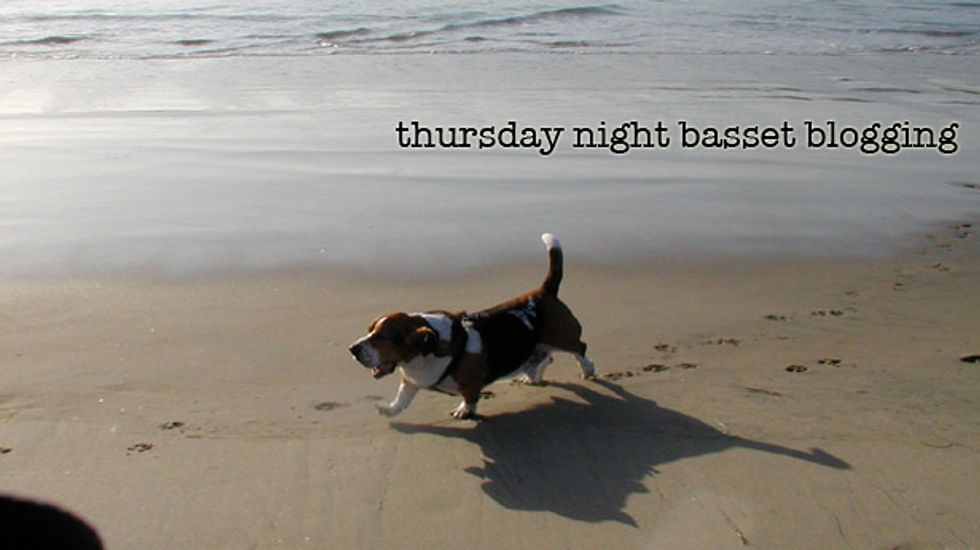 Long time readers who have  followed me across the the internets know that I have posted pictures of my bassets on a weekly basis going back over ten years. Yes, I have bassets - someone may have mentioned it once or twice. This all was started back about ten years ago before Kevin Drum got called up to the bigs  and he began Friday Cat blogging. Pretty soon all of the cool kids were doing it with their respective animals and pet blogging became all the rage.

My first basset, Cooder, preceded the blog era so he never got his place in the sun. But then came the late great St. Satchmo and his best buddy Beckham who lived a sadly brief but nonetheless wonderful life.

Which brings us to the current cast.

For you newbies, meet Fenway. 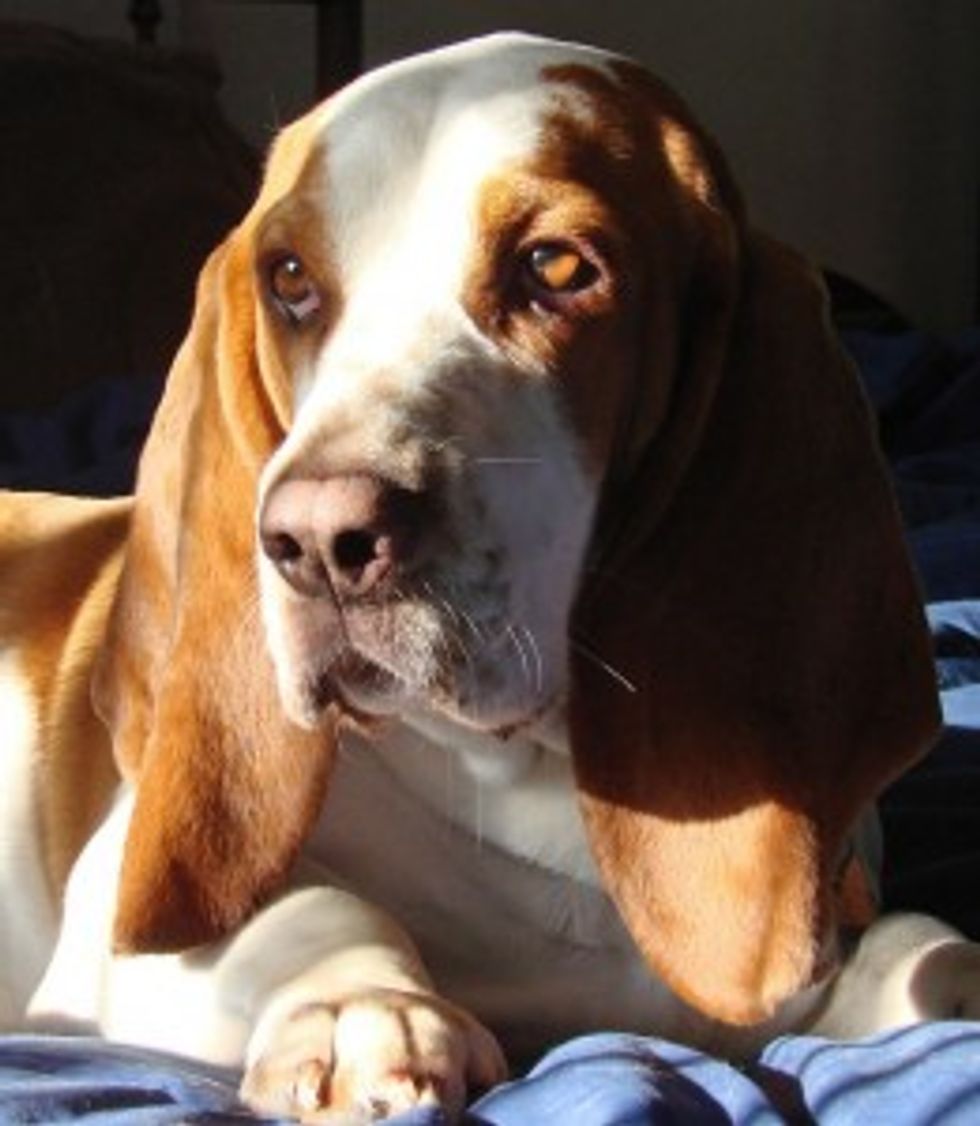 Fenway was a rescue of sorts. A marine assigned Camp Pendleton had him for two weeks before he found out that he was being deployed elsewhere where he couldn't take a dog. Fenway was skinny and gawky with an enormous head.  But somewhere along the line he became gorgeous and surprisingly photogenic. Although he appears to be a purebred he is taller than average and weirdly athletic for the breed, able to leap onto a thirty-four inch high bed from a standing  four-footed jump. It's creepy. He is also the smartest dog I have ever know; manipulative as all get out.

And this would be Wembley 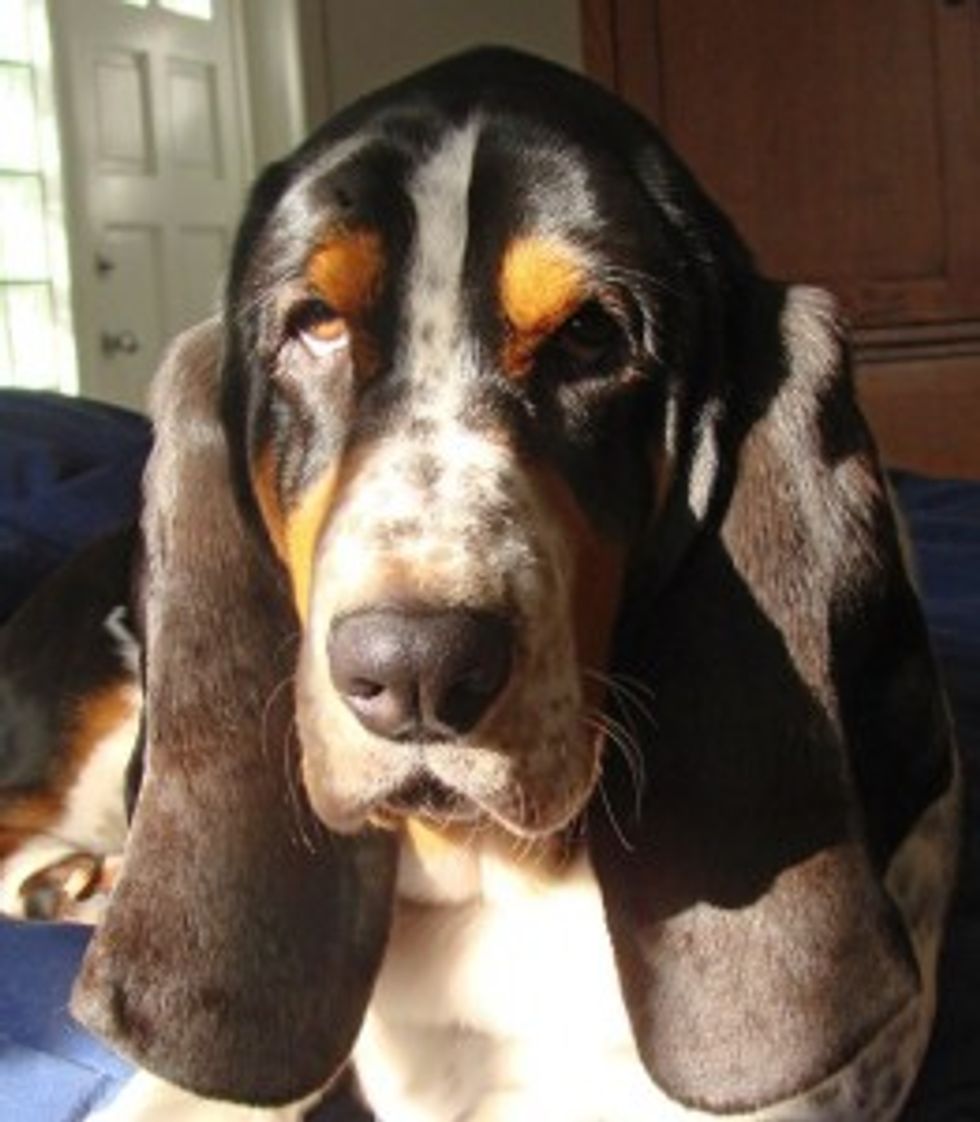 Wembley came from a  wonderful breeder in State College PA. Mrs TBogg flew back to get him and was stranded there for three days as this happened during Snowpocalypse. Wembley is the basett-iest basset we have ever had; stubborn on a leash,  a major sniffer of all things , lumpy, and a howler. And, bless his heart, he probably the least bright basset we have ever owned. Unrelated to this, I will note that he suffers from occasional seizures but not to such a degree that he has to be medicated for it. He is a very sweet boy with a lovely temperament.

So these are the dogs you can expect to see every Thursday night. Oft times there also hilarious hijinks like, you know, bassets on the roof.

Because that kind of thing is totally normal around our house...

Before embarking on a murderous rampage in a majority-Black neighborhood, the Buffalo shooter posted a white supremacist manifesto online that fixated on white dominance, white fertility and the survival of the white race. These are all sentiments shared by the Republican Party and its media arms, says author and extremism researcher Talia Lavin, who spent nearly a year impersonating right-wing white supremacists online, assuming false identities to infiltrate their groups, as she worked on her book, “Culture Warlords: My Journey into the Dark Web of White Supremacy.” She adds that online chat platforms such as 4chan and Telegram are essentially “perpetual motion radicalization machines” where “people who are already radicalized or in the process of being radicalized can imbibe propaganda.” Her recent article for Rolling Stone is headlined “The Buffalo Shooter Isn’t a 'Lone Wolf.' He’s a Mainstream Republican.”