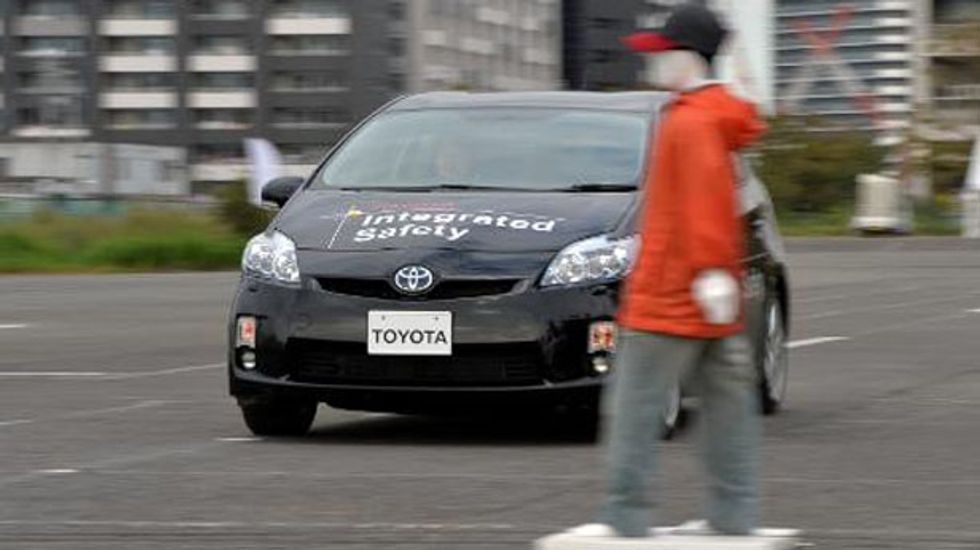 Toyota on Friday unveiled the next generation of cars featuring an auto pilot system that will swerve to avoid collisions and also keep to the middle of the road, all without drivers touching the wheel.

The Japanese giant autos using the self-driving technology could be available on the market in just a few years' time.

Leading automakers and technology firms, including Toyota, rival Nissan and Internet giant Google, have been working on self-driving and assisted-driving technology for years.

Toyota, the world's biggest automaker, said that while drivers would still need to be alert and take part in the driving process, it essentially lets them put the vehicle on auto-pilot, leaving most of the work to the computer system.

The Automated Highway Driving Assist (AHDA) system lets vehicles communicate wirelessly to avoid running into each other while keeping the car in the middle of the road lane -- no matter how many twists and turns lie ahead.

"Cars with these technologies recognise the accelerating or slowing speed of those ahead, which also helps avoid traffic jams," said project manager Mitsuhisa Shida. "They can wirelessly exchange data once every 0.1 seconds."

The company plans to install AHDA in its commercial models over the next few years.

Toyota has already introduced the pre-collision braking assist system in its Lexus luxury sedan and plans to install it in other models by 2015, with the other technologies to follow.

Many cars already have systems that gives drivers a panoramic view to keep watch for nearby objects while parking itself.

The latest collision-avoidance system has doubled the detection time of oncoming objects to four seconds from a previous two seconds, Toyota added.

The automaker said such advances would be especially helpful for older people. Japan's society is rapidly ageing with over-65s already making up around a quarter of the 128 million-strong population.