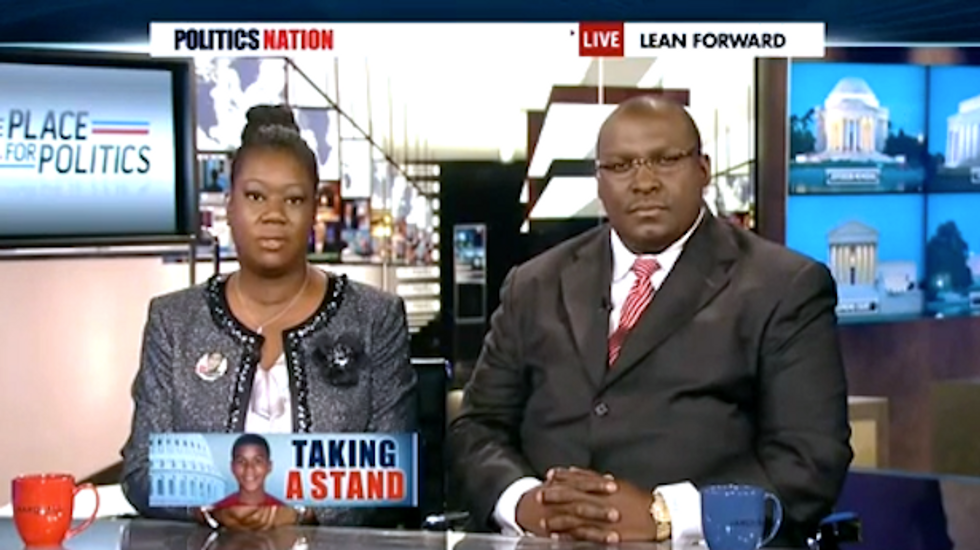 The mother of Trayvon Martin shot back at Sen. Ted Cruz (R-TX), who accused lawmakers of exploiting the teen’s shooting death in a highly publicized case to advance their own political agenda, during Al Sharpton’s MSNBC program.

Fulton noted that her 17-year-old son’s killer, George Zimmerman, was acquitted of murder and manslaughter charges in July after fatally shooting the unarmed teen as he walked home from buying a soft drink and candy.

The conservative Cruz said during the Senate hearing that everything that was known about the events leading to Martin’s death had been presented to a jury, which decided that Zimmerman had not committed either crime listed on the charges.

Zimmerman was not initially charged at all because he told police he’d acted in self-defense, and Florida’s “stand your ground” law prohibited authorities from arresting him.

After widespread public outcry, a special prosecutor appointed by Gov. Rick Scott later charged him with second-degree murder, although Cruz argued the law was not invoked during Zimmerman’s trial.

“The ‘stand your ground law’ was not a defense that was raised,” Cruz said.

But Fulton disputed that, noting that Zimmerman’s attorneys invoked the law throughout court hearings leading up to the trial before ultimately deciding in late April, just weeks before the trial began, not to ask for immunity for their client under the Florida law.

“It wasn’t something that we made up, it was something they were going to use, so it certainly played a part,” Fulton said.

More importantly, she said, although Zimmerman’s attorneys claimed their client acted in self-defense and portrayed Martin as the aggressor, the judge instructed jurors to consider the law when they deliberated their verdict.

“The jury was given instructions that had information on there about stand your ground, so it’s not like we’re making, you know, making anything up,” Fulton said. “It’s just that it was being used.”

At least one juror said after the trial that those changes to the jury instructions had resulted in their decision to find Zimmerman not guilty.

Cruz also argued during the hearing that black defendants were more successful than whites when invoking “stand your ground” laws as a defense.

But Sharpton pointed out on his program that the same data Cruz cited during the hearing show defendants are far more likely to be acquitted under those laws when their victim is black.

Another study found that white-on-black homicides were 354 percent more likely to result in an acquittal in states that have “stand your ground” laws.

Watch this video clip posted on YouTube by BestViewsOnly: