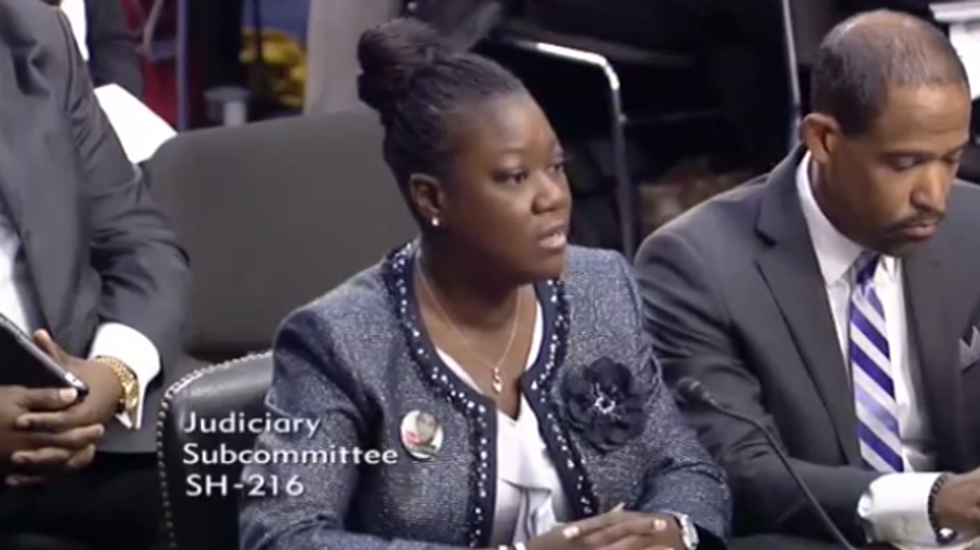 The mother of Trayvon Martin, the unarmed teenager who was shot to death in February 2012, asked a Senate panel Tuesday to require states to clarify “stand your ground” self-defense laws.

Sybrina Fulton told senators the law was currently open to abuse because it doesn’t clarify how and when it should be applied, and she said that allowed the man who shot her son to walk free.

George Zimmerman was acquitted in July of second-degree murder and manslaughter charges in the fatal shooting of Martin, whom he believed to be a possible criminal and followed as he called police.

According to testimony, Martin confronted Zimmerman and was shot during a physical struggle.

Fulton said her son had gone to buy candy and a soft drink and was on the phone talking to a girlfriend, which she said indicated he wasn’t intent on causing any trouble.

At least 22 states have stand-your-ground laws that change the legal definition of self-defense for those who feel they’re being confronted with deadly force or imminent danger, even in public, and reversing their duty to retreat.

Fulton said this undermines some citizens’ sense of security.

“We need to do something about this law when our kids cannot feel safe in their own community,” she said.