U.S. aviation authorities will now let you keep your electronic devices on in flight 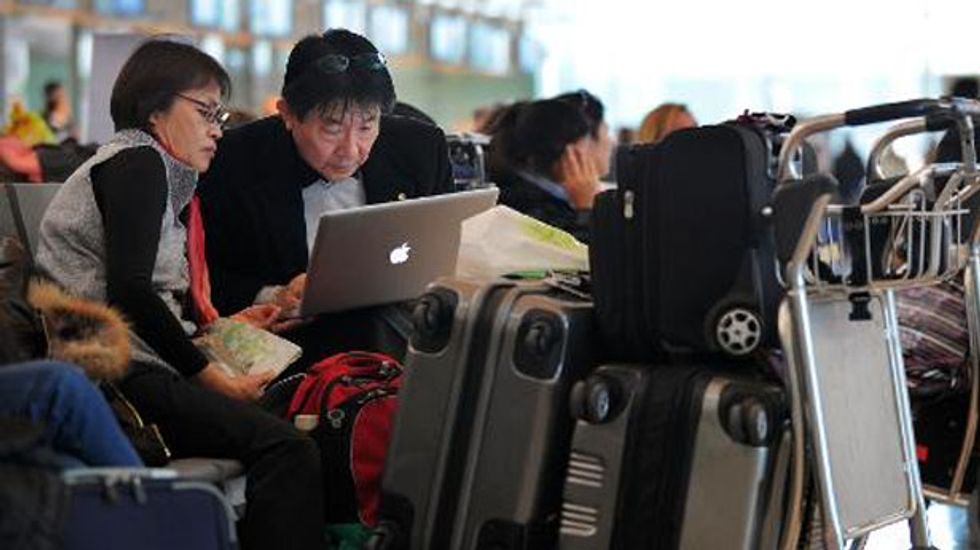 Airline passengers will soon be allowed to use a range of mobile electronic devices in flight with very few restrictions, US aviation authorities said Thursday.

The move by the Federal Aviation Administration put an end to stricter regulations that have barred the use of electronics during taxi, takeoff and landing for the past 50 years, and will take effect on most US carriers by the end of this year.

"I am pleased to announce that airlines can safely expand passenger use of portable electronic devices during all phases of flight," FAA administrator Michael Huerta told reporters at Reagan National Airport.

The relaxed safety guidelines came from a committee convened last year to study the matter, and which included input from pilots, passengers, flight attendants, aviation manufacturers and experts from the mobile technology industry.

"It is safe to read downloaded materials like e-books and calendars, and also to play games."

However, in about one percent of flights, passengers may be asked to turn off their devices when there is low visibility due to poor weather, he said.

"Some landing systems may not be proven to tolerate the interference," Huerta said.

Under certain situations, a combination of weather, avionics and aircraft may raise concerns, but Huerta described this as "a very small percentage -- we are saying one percent of flights."

"If the captain asks you to shut off the device, it is for a good reason," he added.

However, mobile phones still cannot be used for voice calls while in flight, due to regulations by another federal agency, the Federal Communications Commission.

He also addressed concerns that passengers may become more distracted by their devices, making them more likely to ignore the flight attendants as they describe emergency procedures prior to takeoff.

"Passengers must take a break from their devices, their reading material, their music, whatever they are doing, and listen to the safety briefing before each flight. It is information that can save your life," Huerta said.

While passengers are advised to use their devices in airplane mode, that rule will go unenforced since flight attendants will not be required to check individual devices.

"There is no safety problem if it isn't (in airplane mode)," Huerta added.

"But you are going to arrive at your destination with a dead battery, and I don't think anyone wants that."

The changes affect airline carriers that are under the regulatory authority of the FAA, meaning US carriers, and will apply to the full scope of their international and domestic operations, Huerta said.

New FAA guidelines are being distributed to airlines now and most carriers are expected to comply by the end of the year.

Delta Airlines said it was already making changes and would be ready to allow passengers to use mobile devices below 10,000 feet (3,000 meters) as early as November 1.

?We believe today?s decision honors both our commitment to safety and consumer?s increasing desire to use their electronic devices during all phases of their flights,? said Transportation Secretary Anthony Foxx.

The rules say bulkier electronic items must be still be stowed, either in the overhead bin or under the seat, during takeoff and landing.

Electronic items, books and magazines can be held or put in the seat back pocket during takeoff and landing.

Browsing the Internet will continue to be possible on air carriers that provide Wi-Fi in flight, and Bluetooth technology for wireless keyboards will also be allowed.

"I think it'll be great," said Mike Sullivan, 62, a musician and therapist who described himself as a frequent traveler.

"It seems like there is always someone who doesn't want to turn off their device. It creates a little bit of tension."