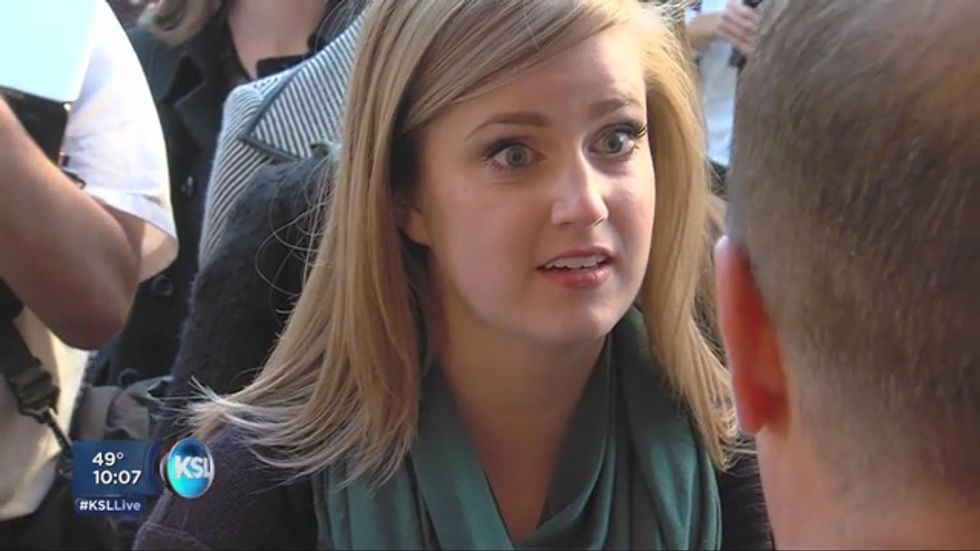 Officials from the Church of Jesus Christ of Latter-day Saints (LDS) on Saturday turned away 150 female church members and their male supporters who were trying to attend an all-male Priesthood Session of LDS General Conference in Salt Lake City, Utah.

KSL captured video of members of the group Ordain Women marching from a rally at City Creek Park to the Tabernacle on Temple Square, where they were told -- one-by-one -- that only men were allowed to enter. However, some of the women were able to watch the event on their iPhones.

"I feel a little disappointed," Ordain Women founder and human rights attorney Kate Kelly told KSL. "We know that there's room in the Conference Center and we're being denied admission on the basis of our sex and because we're sisters and not brothers."

Church spokesperson Ruth Todd explained to the group, which was formed to advocate for women to be admitted to the priesthood, that the Priesthood Session on Saturday was designed to strengthen male members, and that a similar session had been held for female members a week earlier.

"Millions of women in this church do not share the views of this small group who organized today's protest, and most church members would see such efforts as divisive," Todd insisted to KSL. "Even so, these are our sisters and we want them among us, and hope they will find [the] peace and joy we all seek in the Gospel of Jesus Christ."