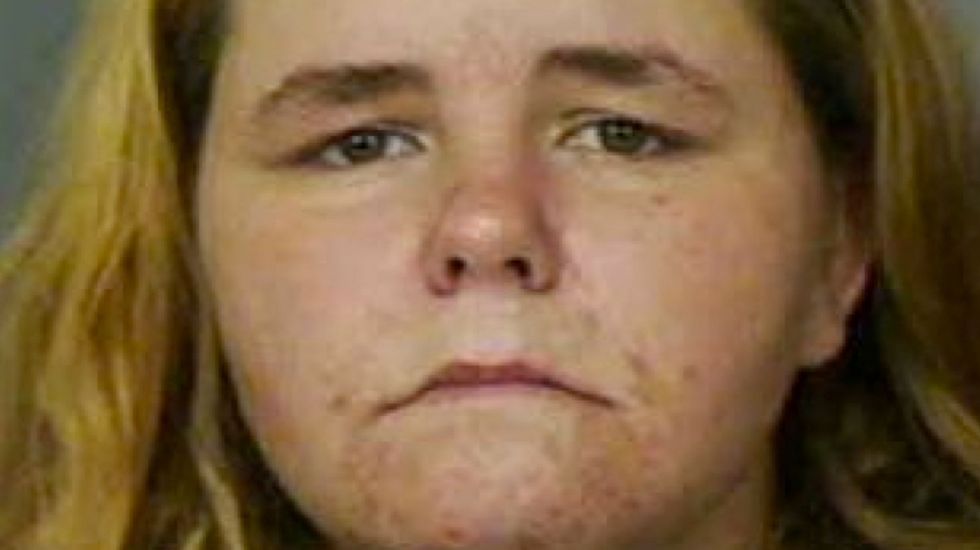 An outspoken Florida sheriff who arrested a 14-year-old girl for cyber-bullying after a younger schoolmate killed herself has filed child abuse charges against her mother, over an unrelated incident.

Polk County sheriff Grady Judd said Vivien Lee Vosburg, 30, punched and shouted obscenities at several children in her care in a violent incident in June that was captured on video and later posted to Facebook by one of the children.

Vosburg's daughter, Guadelupe Shaw, was one of two girls arrested and charged with aggravated stalking earlier this week, over the death of Rebecca Sedwick, 12, a schoolgirl who killed herself last month after an alleged campaign of online harassment.

Shaw, who was charged alongside Sedwick's classmate Katelyn Roman, 12, allegedly posted a Facebook status update after the girl threw herself from a silo tower at a concrete plant that read: "Yes I bullied Rebecca and she killed herself but I don't give a fuck."

In an interview earlier this week, Vosburg defended her daughter, calling her "lovable and caring" and claiming: "She wouldn't write anything like that."

Judd said he rejected Vosburg's account of family life after watching the video, in which she apparently strikes at least two of the children in the head with a closed fist, one of them repeatedly, and in which she and others are heard swearing with impunity.

"This clearly indicates to us that this appears to be a normal way of life," said Judd, who has declared a "zero tolerance" approach to cyber-bullying in his county. "They're laughing and cussing and throwing the F-bomb around, then they're posting that conduct for all to see. It is clear not only has Vosburg demonstrated she cannot control the behaviour of children she has access to without using violence, but she is obviously not monitoring the social media sites of children she has access to either.

Of Guadelupe Shaw, Judd said: "The apple doesn't fall far from the tree."

According to a press release from Judd's office, Vosburg, of Lakeland, at first told detectives she was trying to break up a fight and said she hit the children accidentally. But after viewing the video: "Vosburg stated she knew she should not have hit the juveniles with her fists."

"At first she said, 'I accidentally hit him,' and then she said, 'The two boys were seriously fighting, and then, well, I was having a bad day'," Judd said. "Later she added, 'Well I did go too far that day. It got out of hand'."

The mother "has access" to all six juveniles seen during the minute-long video, the press release said, and Florida Department of Children and Family investigators visited all of them at their schools on Friday.

Shaw and Roman were released to the custody of their parents earlier in the week, pending court appearances on the stalking charges. Vosburg was being held on Saturday, without bond at the Polk County jail.