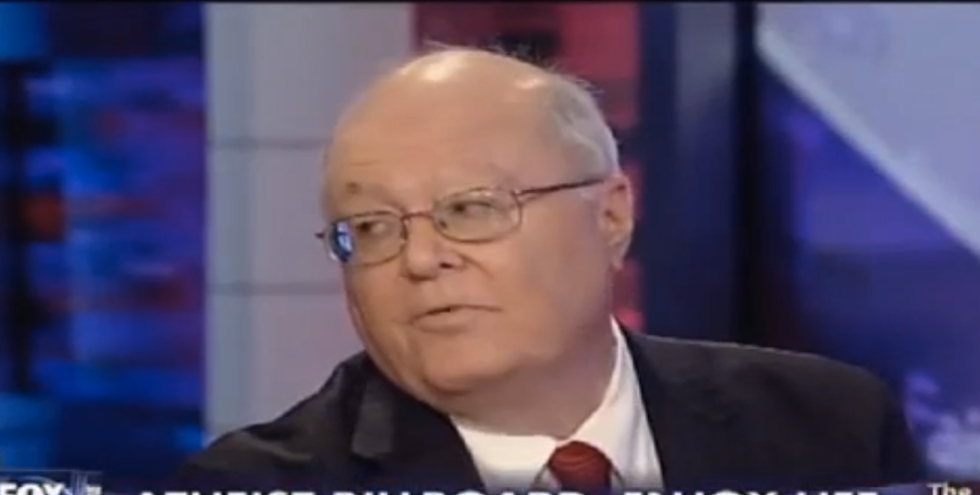 A spokesman for the group American Atheists expanded on founder David Silverman's remarks from a Fox News panel that got heated on Thursday. In an interview with Raw Story, American Atheists' David Muscato took issue with Catholic League head Bill Donohue's characterization of atheism as "irrational."

"If there's a textbook example of irrationality," said Muscato, "it's believing in something without any evidence."

The discussion began on Thursday on Gretchen Carlson's Fox News program "The Real Story," when Donohue, Silverman and Rabbi Aryeh Spero began to discuss a billboard put up by the Freedom from Religion Foundation that reads, "Enjoy life now. There is no afterlife."

"People everywhere need to live for today," said Silverman, "because there is no afterlife. Take care of your fellow man, of course, because God is not going to do it."

Carlson said to Bill Donohue, "Of course you believe there's a higher being that will be there when you pass."

"Oh, you're going to insult my intelligence now?" Silverman said.

"I'm not sure how much intelligence is there to insult," Donohue sniped.

In his conversation with Raw Story, American Atheists' Muscato pointed to a study from earlier this year by a University of Rochester research team that found "a significant negative association between intelligence and religiosity," meaning that the more measurably intelligent someone is, the less likely they are to be religious.

Furthermore, Muscato pointed out, the vast majority of scientists are not people of faith. "At the National Academy of Sciences, the top scientists in the country that are elected into this this league," he said, the majority are, "if not atheists, at least they don't believe in a personal God."

"This is just indicative of the fact that the more you understand how everything works," said Muscato, "the smaller God gets."

He said he found Donohue's charge that atheism is "irrational" to be particularly galling.

"That really made me sit back and say, 'What?!'" he said. "Just because, if there's a textbook example of irrationality, it's believing something without any evidence. Faith in general...it's seen as a virtue by religious people, but the definition of faith is continuing to believe in a thing despite the fact that you have insufficient evidence to believe it on its own merits."

Watch the video, embedded below via Breaking News 24x7: