Chris Hayes clashes with conservative 'think tank' member: 'How many economists do you have on staff?' 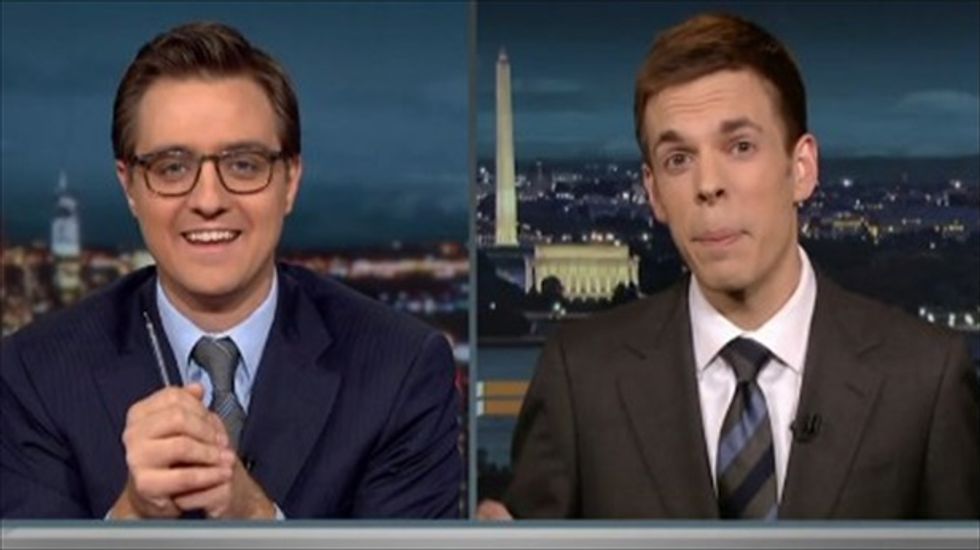 MSNBC host Chris Hayes pushed back hard on Thursday against a member of a conservative group recently linked to a public relations firm that has consistently opposed raising the minimum wage on behalf of the restaurant industry.

"How many economists do you have on staff?" Hayes repeatedly asked Employment Policies Institute research director Michael Saltsman, who refused to answer.

"The only reason this is a story is because people like Salon magazine don't like our viewpoint," Saltsman countered.

"How many economists do you have on staff?" Hayes asked again.

"I am the research director at the Employment Policies Institute," Saltsman replied. "We work with economists --"

"Where did you get your Ph.D in Economics?" Hayes asked. Saltsman answered that he studied economics as an undergraduate at the University of Michigan and said that he did not conduct the group's studies.

Salon reported on Wednesday that while Saltsman's group is often called a "think tank" when cited by other media sources or in op-eds by Saltsman opposing a minimum wage increase, it is in fact run out of the same address as a public relations firm owned by its principal officer, Richard Berman, who was called "Dr. Evil" in a 2007 60 Minutes report.

"The Employment Policies Institute is actually far more independent than something like the labor-backed Economic Policy Institute," Saltsman began to say before Hayes accused his group of trying to troll.

Saltsman accused Salon of targeting his group because of its pro-business viewpoint, arguing to Hayes that "you don't like our facts."

Watch the discussion, aired Thursday on MSNBC, below.