Comedian Jamie Kilstein on how to be a feminist: 'Don't be a d*ck to women' 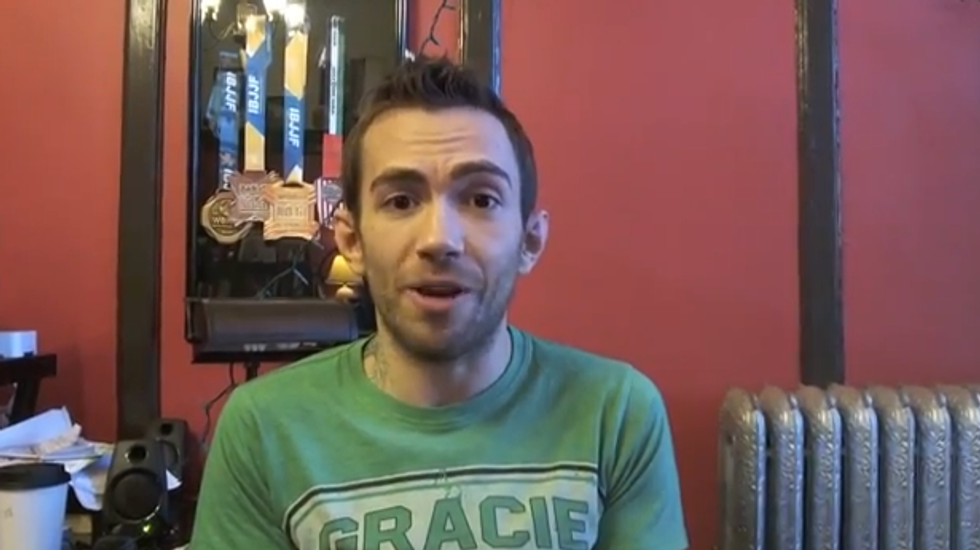 If you’re a man who’s not sure what it means to be a feminist, comedian Jamie Kilstein has some simple advice.

The author and radio host admits he’s got problems, such as past struggles with depression and addiction and issues with his parents, but he says those are his responsibilities.

“You know who didn’t cause any of those problems?” Feminists,” Kilstein said. “Women, vaginas, gays, Mexicans. Those are struggles, (and) we all have struggles and they happen to me, and that’s OK.”

“Do custody battles often favor women? Sure,” Kilstein said. “But sometimes fathers are a**holes. Also, if I pushed a tiny human out of my vagina, I might want home court advantage, as well.”

He agrees that men can be raped, and that it’s an issue that deserves more attention, but he said that he doesn’t know any feminists who don’t care about the issue.

“Does rape culture affect women more than men? Absolutely,” Kilstein said. “I can go out jogging at night by myself without fear of being attacked. I don’t have to walk to my car using the buddy system with my keys tucked into my knuckles like a fist weapon.”

Kilstein said that men -- particularly white, straight men who aren’t poor -- should recognize that they’ve got privileges that other groups of people don’t and try to be more considerate.

“When women talk about women issues – surprise – it’s not always about you,” he said. “It’s about women, and that’s OK.”