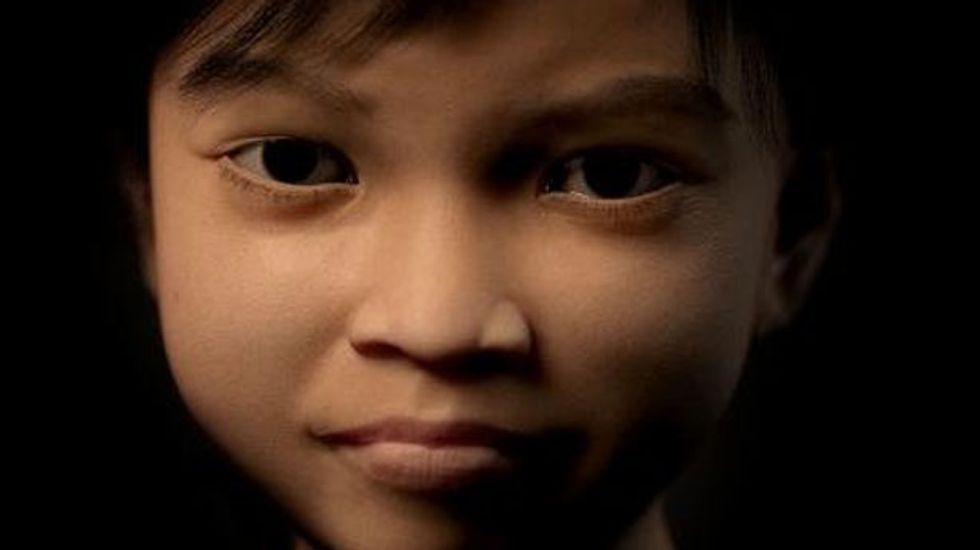 A Dutch rights group said Monday it had identified over 1,000 paedophiles around the world by offering online sex with a computer-generated 10-year-old Filipina girl called Sweetie.

Terre des Hommes Netherlands has now handed over to police the identities of those who were willing to pay children in developing countries for online sex, a growing phenomenon, it said.

"They were ready to pay Sweetie for sexual acts in front of her webcam," the rights group's head Albert Jaap van Santbrink told journalists in The Hague.

The group said it wanted to raise the alarm about a largely unknown but quickly spreading new form of child exploitation that has tens of thousands of victims in the Philippines alone, known as webcam child sex tourism.

Sweetie was created by the child rights group and deployed in Internet chat rooms from a remote building in Amsterdam.

Within a 10-week period, over 20,000 predators from 71 countries approached Sweetie, asking for webcam sex performances.

In one exchange, a man named "Older4young", identified as a 35-year-old father of two from Atlanta in the United States, asks Sweetie to undress for $10.

While they were chatting with the "girl", researchers gathered information about her customers through social media.

Using this information, researchers identified the abusers and passed the information on to police.

They "come from all over the world, from America, Europe, but also from countries like India, Japan, Korea", said Guyt.

The rights group said they used the same procedures as the police.

"But OK, we are not prosecutors, we are not judges, it will be for them to decide what to do with the elements we gave them," Guyt said.

"To put yourself in the shoes of a 10-year-old Filipina girl and seeing what some men want from you has been a shocking experience for them," he said.

"Some demands and acts were really obscene."

Terre des Hommes said that they did not approach anyone on the Internet but instead waited for people to approach Sweetie and ask for sex acts.

The rights group also stopped the conversation as soon as someone offered Sweetie money for sex acts.

"It is obvious that we did not show these people any sexual acts, we stopped before that," Van Santbrink said.

The rights group wants police around the world to have a mandate to actively patrol chat rooms where the abuse is taking place.

"The child predators doing this now feel that the law doesn?t apply to them. The Internet is free, but not lawless," said Guyt.

According to the UN and the FBI, there are over 750,000 child predators online at any given moment, Terre des Hommes said, also announcing an online petition to pressure governments to adopt proactive investigation policies.

Yet only six people have been convicted of engaging in webcam child sex tourism in the world, the rights group said.

"It would have been easy with greater resources to identify 10,000 people," Guyt said.