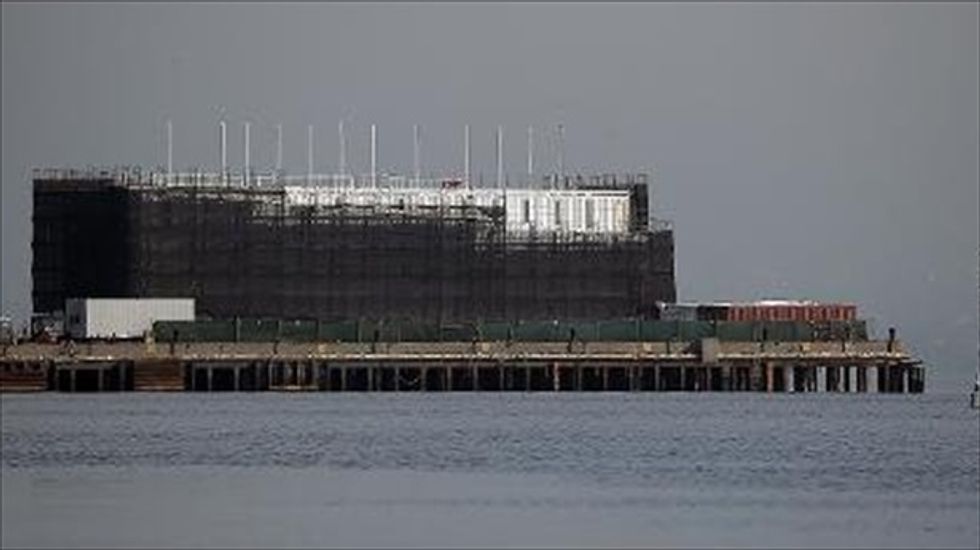 A barge under construction is docked at a pier on Treasure Island on Oct. 30, 2013 in San Francisco, California. [AFP]

Google ended nearly two weeks of speculation about an enormous floating barge in San Francisco Bay, saying it would be "an interactive space" for learning about technology.

A Google spokesperson dismissed wild conjecture about the barge, which was spotted last month by the technology news blog CNET, which spurred rumors by calling it a "secret project."

Early reports said it might be a floating data center, and others said the four-story-tall structure might be a party space.

"A floating data center? A wild party boat? A barge housing the last remaining dinosaur?" the spokesperson said in the statement emailed to AFP.

"Sadly, none of the above. Although it's still early days and things may change, we?re exploring using the barge as an interactive space where people can learn about new technology."