Gun-loving rock star Ted Nugent on possible run for president: 'Sure, why not?' 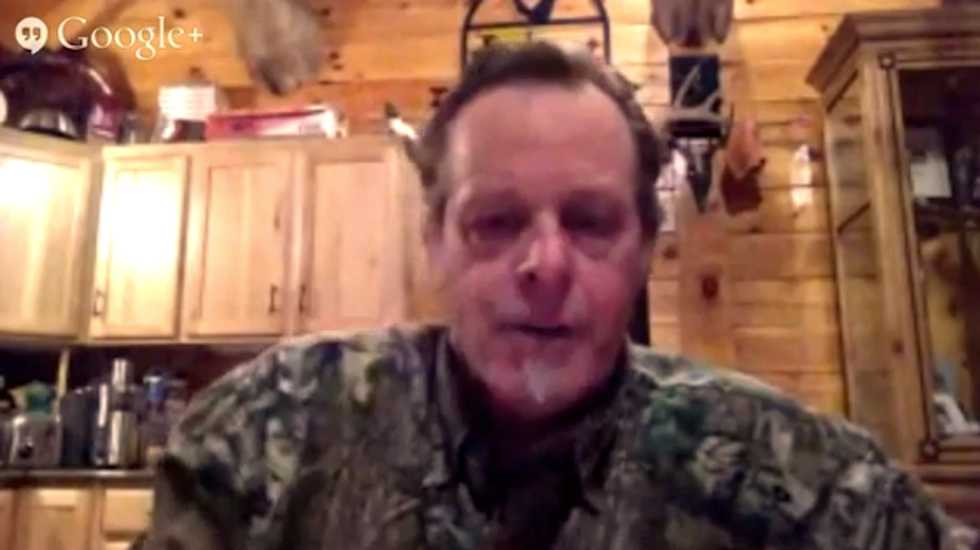 As in, president of the United States.

Nugent, known for such classic rock staples as “Cat Scratch Fever” and “Wang Dang Sweet Poontang,” told WCSX-FM that he’s being encouraged by supporters in Texas and Michigan to run for the White House.

“I believe my sense of logic, my sense of common sense, my connection to people who are in the asset column of America,” said Nugent, who’s now known as much for his provocative comments on guns, hunting and race relations as he is for his music career.

“I believe that I would perform an enormous upgrade in returning to the Constitution, the Bill of Rights and most important of all accountability,” Nugent said.

The interviewer asked Nugent if he was confirming that he’d run for president, and the rocker and reality TV show start said, “Sure, why not?”

Nugent, an outspoken supporter of the Republican Party, has called President Barack Obama a liar, a racist and a "piece of sh*t" who can "suck on (his) machine gun," and he said recently that the government had been taken over by "gangsters and America haters."

But Nugent did cut his hair last month, which may help him look slightly more presidential.